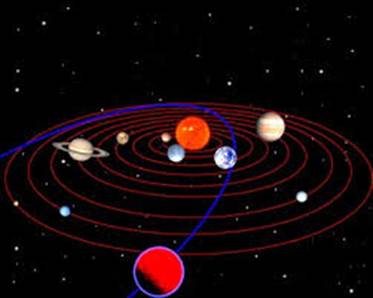 
Seismic event indicators say Earth is moving through the second earth change uptick period for the 2017 Earth orbit cycle relative to the Black Star positioned in the Libra Constellation relative to the Sun. Year-over-year weekly seismic event values show the 7.1 Raboso, Mexico earthquake event (USGS), as the first 7+ magnitude earthquake event for Week 32 in the last four years. In fact, the five-combined total of 6+ magnitude quake events for Week 32 of the 2017 Earth orbit cycle is just one shy of reaching the cumulative weekly-event total value spanning the last three years combined (six). Read the complete newsletter, by subscribing at http://terral03.com . Complimentary Link to last week's newsletter: https://goo.gl/441f7U Week-over-week seismic-event values show a well-pronounced activity uptick since the current earth change uptick period began in Week 29 with primary focus on our Watch Area including Central America to the south and Mexico to the north. Earth saw nine deep earthquake events in Earth mantle transition zone with eight of those events on the Fiji side of the Seismic/Volcanic Origination Zone with only one event on the Indonesia side of the equation highlighted below. Get more information on the deep magma plume formation dominating the Pacific Ocean/Ring of Fire in Terral’s 2016 Newsletter Volume 28 (link) to obtain a better understanding of the phenomenon. Then study the updated information in Volume 42 (link) for gaining some perspective on the likely scenario of how these things play out later in the timeline. The highlight earthquake event is the 5.5-mag quake event at entrance to the Gulf of California (USGS) suggesting that the deep magma plume formation terminal end has pushed north and closer to the US West Coast where seismic activity is also increasing. Here is the article link (here) and diagram link (here) to help you follow along: The diagrams depict the classical mantle plume concept that takes place over millions of years, but there is nothing classical about what is going on right now around the Pacific Ocean/Ring of Fire. Magma plume arm #1 has reached from Indonesia north all the way to Alaska and down into the Cascadia Subduction Zone region, while the evidence indicates that the magma plume arm #2 terminal end has shifted from the southern border of Mexico north towards the USA. What the images do not show in the article is what happens when the terminal ends from multiple deep magma plume formations collide to break the buoyancy barriers sending hot/decompressing/glassy-type magma to the surface causing massive crustal displacement and causing the entire region to rise rapidly. The heavier magma supporting Earth crust is displaced by the expanding lightweight magma leading to the eruption of Yellowstone and regional calderas, until the entire region collapses to create a massive inland sea like this (Map of Future). Those with the resources west of the Rocky Mountain Ridge are encouraged to relocate onto the stable North American Craton in the central USA, or into the safe zone located along the New Mexico/Texas border. Get your Threat Assessment information and be connected to more than 200 families already in the USA Survival Group Program, by subscribing at http://terral03.com for 45 dollars per year; which also includes a one-year newsletter subscription... ...Special Announcement: Brand new Black Star Update Reports are uploaded to the 2017 Dropbox Folder for all newsletter/survival group subscribers and contributors. Complimentary links in the Youtube video description boxes and other venues allow nonsubscribers to download the newsletter from the previous week. The only way to download the latest newsletter for free is during my Black Star Thursday update reports at http://www.freedomslips.com in the chat room during the show from 4PM to 5PM ET. Any newsletter/survival group subscriber that has lost their 2017 Dropbox Folder Link can write me at the Gmail email address provided in your notification email, or write me using the Contact Terral button at http://terral03.com to receive a copy of their original 2017 notification email. Project supporters for this week include Diane, Jerod, Andrew, William and Allison subscribing to the Newsletter/Survival Group Programs at http://terral03.com to receive full benefits. Larry, Edison, Greg, Kurt, Jonathon, Robert, Ronald, Johanna, Mike, Ralph, Jeffrey and Karen renewed subscriptions from previous years with no donations to report for Week 39. David is proofreading the final The Mystery Explained manuscript for submission to the publishers. Many thanks to everyone supporting the research for making the investigation and related programs possible. Terral Read the Full Report and related articles, by subscribing to Terral’s 2017 Newsletter/Survival Group Programs at http://terral03.com . See last week’s complete newsletter using the complimentary link to Terral's 2017 Newsletter Volume 38 above.