November 14th, 2017
By Anthony Tyler
Guest writer for Wake Up World
An herbal medicine that has a strong scientifically documented background, but an underwhelming social-status in modern society, is the African-based plant, “kanna.” Scientifically classified as “Sceletium tortuosum”, kanna has a calming yet euphoric quality that is akin to the traditional sedative herbs like cannabis , dagga , et cetera – and unlike cannabis, Kanna is totally unregulated, and legal in all parts of the globe.
Like essentially all of these plants, kanna too has its own place in the shamanism  and herbalism of human history, and has some notable and specified benefits that make it quite the opposition for Big Pharma products like Xoloft, Prozac, and the other commonly prescribed SSRI’s (Selective Serotonin Re-Uptake Inhibitors).
For those unfamiliar, an SSRI involves a synthetically designed serotonin blockade that is time released in the brain. This means that the specified chemicals in the prescribed drug will lodge themselves in the serotonin receptors, and thus let the serotonin “pool up” in the person’s brain (in a similar way that cocaine produces its own results with dopamine). When the time-release of the chemical ends, the person receives a massive flood of serotonin, which is one of the more essential neurotransmitters that stimulates human activity and engagement with a person and their environment. The problem with these Big Pharma prescriptions is simply this (among the high toxicity levels in these drugs as well): a person uses serotonin as an instigator of this engagement with life – it is an incentive that is part of the cycle of interaction.
When a person considers this engagement, they receive a little serotonin as this incentive to actually engage in the situation to initiate this full wave of serotonin. Of course, it’s not quite as simple as this, but this is the basic premise. If a person is getting a drug that time-releases this incentive, then the cycle of connection in reward between the brain and its environment is disconnected, and thus the interaction with the environment is not gauged by reward-experience in the brain. What Big Pharma does not elaborate is that this interaction/reward cycle is basically the fundamental evolutionary mechanism that helps a person understand the nuances of social interaction. Interestingly, this is also what drug addiction  can be considered as well: a dysfunction of the natural interaction/reward cycle of the brain and its environment.
The next essential point to make, bringing this discussion back towards kanna, is that the concept of an SSRI is not a negative thing in and of itself, some people really do have neurotransmitter dysfunctions. These are often instigated during childhood development, and then unconsciously strengthened during the person’s life period. Holistic medicines  provide the “training wheels” to a brain that has maladapted, in order to guide it into better ways of processing. In theory, if the brain is resilient enough still, this medicine will help the person learn to perform these brain mechanisms on their own, hence becoming “therapy” and “rehabilitation .” However, depending on factors like age, it might be much more difficult for a person’s brain to adapt to these new modes that the chemical is helping them perform, and might only be able to get adequate results from use of the chemical.
This leads to the dichotomy of “medicinal use” Vs. “drug addiction.”   The difference between these two concepts is the person’s own quality of thoughts, quality of life, and their overall reasons and habits for using these substances, and not the substances themselves–because, unfortunately and incorrectly, the professional medical field today has made practically no separation of these two concepts, and has led to massive amounts of public disinformation and a governmental War On Drugs , among more predicaments.
Through a combination of alkaloids that create its psychoactive process, kanna is highly recommended (either as an extract or using the plant matter) for daily use as an SSRI. Instead of Big Pharma  using all these toxic, synthetic isolates that have a time-release specifically designed by Big Pharma money, why not choose a holistic, alkaloid-combination that helps your body with the detoxification process, gets you feeling a little stoney, and has a “time-release” designed by Mother Nature alone?
Brewed in a tea, chewed like tobacco, fermented into drinks, extracted into oils, or even produced on a pharmaceutical-grade level by companies like Kanna Life , Kanna is one of the biggest and most versatile public enemies to Big Pharma for its massive therapeutic and rehabilitative properties on a easy-to-do daily regimen.
The variety of different methods of ingestion means a wide variety of different dosage recommendations, for what type of effects, and how long a person would like the effects to last, but generally, it is a mild sedative high, lasting around 1 to 2 hours. More information on Kanna administration as well as cultivation of the plant can be found here .
Trusted Kanna sources can be found in surplus online.
As always, it is an important caveat to any holistic substance that it should be used responsibly. Furthermore, there is a sort of inherent responsibility that comes when learning about these plants; a responsibility to tell the people who are suffering and would receive great relief if only they knew about the plant that could aid them. For anyone who knows a family member taking toxic Big Pharma SSRI’s , please do your part and share this information with them. It’s a person’s individual choice, but information is the ultimate tool, and no one deserves to be denied information.
Sources: 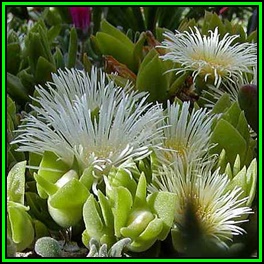