OUT OF MIND » PERCEPTUAL AWARENESS » THE SHIFT IN CONSCIOUSNESS » Childhood Victims of Illuminati Abuse Speak Out!


This is a new blog that has appeared on the
Internet that I got a recent tip on. This is a subject that has been
knocking on my door for the past month. Its not one I have personal
experience with... thankfully! But many do. Its a dark subject. One I
don't really like to think about.


I had my own history in the Herbert W
Armstrong fundamentalist religious cult, and that was bad enough. But
it was never as dark or overt as what the Illuminati do to children society lets fall through the cracks, and in
many cases their own children. What I did learn from my experience,
and helping others escape the mind traps of cult life, is that gaining
one's voice is a truly healing exercise. Part of cult control is
isolation, but once people begin to speak and tell their story, that
isolation is broken, the silent spell of control is broken.


The following blog is the voice of the
child victims of Illuminati mind programming and ritual abuse. There's
been many web articles on this subject, but very few first hand accounts
and recollections of what has actually gone on.


The number of these children, many now
adults, run into the millions. They've been stigmatized, ridiculed, and
worst yet, denied their voice because the things they have experienced
are just just too horrible to believe. That's the way the Illuminati
work, utter unbelievable depravity behind the scenes, and a bright
cheery corporate logo and smile
to the public. Normal decent humans have a tough time believing anyone
can be this depraved with adults, let along innocent children. The
childhood victims of Illuminati abuse are finding their voice. It is
indeed time. -AK 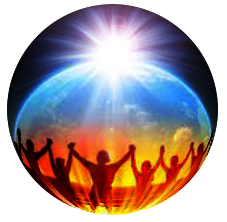 
We are the Light

Fear keeps us hidden and silent. The time for us to speak is now. We
are your teachers, neighbors, aunts, cousins, friends and uncles. You
could not pick us out in a crowd. In some cases, we don’t even know who
we are.

I remember. I got away. I was not the only one. There are millions of
us. We have jobs, children, pets and mundane problems. We also share a
history that would sound like a nightmare or a sick, dark fantasy.

It was, yet we did not succumb. Something within us was invincible. We
grew up believing that we were alone. Today, with the exposure of the
Illuminati mind control programming, we are realizing there was and is a
network of methodical treatment which we were a part of. This comes as
a shock to us. We assumed it was personal and we were defective. We
are waking up to the truth. We are one of the keys to the fall of the
cabal, as we know their methods intimately. We would recognize them
anywhere.

There are so many stories now of the process and horror inflicted upon
us. You may have questioned how it could be possible? And then, if it
is true, where are all these children? Did they all perish? Were they
orphans? Did their families know? How could this go on in the
twentieth century?

It goes on in stores after closing, on large pieces of private property,
inside of homes and in empty offices. It is not just children. Adults
as well are involved. They are the castaways, the runaways, the
mentally challenged, the indigent; as well as the children of the
members of the cult.

It happens day and night, weekdays or weekends, with one or two or hundreds. It is real and it is happening right now.

You may have heard of Bohemian Grove. Well that “mock sacrifice” is
only mock because these guys don’t want to get their hands dirty with
the real thing. They are fully aware of what they are enacting. It
excites them.

The Illuminati are all about power. You and I mean nothing to them.
They do not believe our actions could stop them. Any disruption in
their plan is mere inconvenience. There is always another plan.

I know. I witnessed, and some would say cooperated in a multitude of
rituals and sacrifices. I was not yet a year old when they began.

Why this blog? Because right now humanity has a chance to stop them.
This will not always be true; it lasts until the end of this year of
2012. If the New World Order is established before then, there will be
no freedom. This must end.

They are in every facet of society and their puppets fill in the cracks
where they are not. It is time to take any action you can. It is your
neighbors who are losing their homes, your sons and daughters who are
dying in combat, your fellow man who is starving and your mother who is
suffering from disease. We mean nothing to them. Another death or loss
does not add to their guilt as they have none.

Everything that is going wrong in our world has been orchestrated by the
Illuminati. Drugs, disease, education, money, war and governments are
tools. Each life taken is a means to an end. They do not understand
love. Their children were trained in manipulation; each of them was
born into a job they must carry out. They exist to control and to own.

This is real. They feed on fear, anger and violence. They are hell
bent on inciting World War III. It is that vibration in which they
flourish. As you read these words or other similar stories, accept that
they may be true without becoming emotionally distraught. That
frequency of fear is what they are counting on. A planet of people too
horrified to move forward and embrace their own power would be a simple
thing to control, and to own.

I am not sure where this blog is going. I began here because I wanted
to honor those children and adults lost to the criminal activity of
these groups, while also say that we are not all gone or in hiding.
Some of us, many of us, got away. We are here for a reason. We may
very well be the many lights that remained to dispel the darkness they
have created.

OUT OF MIND » PERCEPTUAL AWARENESS » THE SHIFT IN CONSCIOUSNESS » Childhood Victims of Illuminati Abuse Speak Out!