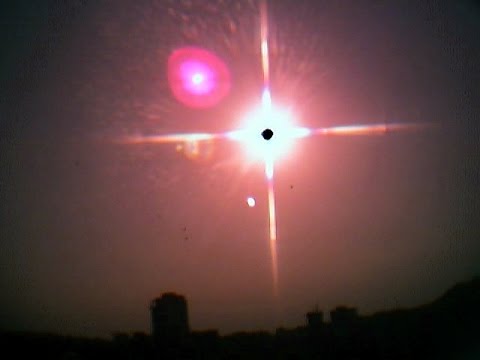 
The Mystery Explained hardcover version has been received and approved with the publisher already receiving my approval email. My first 101-book shipment will be finalized this afternoon, so those pre-ordering their autographed-numbered copies will be hearing from me soon. Seismic event indicators say Earth is at the beginning of the first earth-change uptick period for the 2018 Earth orbit cycle relative to the Black Star positioned on the right side of the Scorpio Constellation. Year-over-year weekly seismic-event values for Week 01 show zero of the 7-magnitude earthquake events for the fifth year in a row with none of the 6-magnitude earthquake events, as our planet has reached the 90-degree-angle position relative to the Sun and Black Star to begin the 2018 Earth orbit cycle. Earth has averaged 25.5 of the 5-magnitude earthquake events for the last four years, while Week 1 of the 2018 Earth orbit cycle shows 21 of these moderately-sized events that is just above the expected 20-event threshold. The change for 2018 comes with 271 of the 2.5 to 4-magnitude quake events that is about 80 events above the year-over-year average for the last four years, as typically we see sub-200 values to begin each Earth orbit cycle like in 2014, 2015 and 2017 last year. The reason for this high-event value is connected to the string of five 7-magnitude earthquake events striking more than a month later in the timeline than in the 2017 orbit cycle caused by deep-magma-plume wave action associated with deep earthquake events in the Seismic-Volcanic Origination Zone particularly on the Fiji side sending energy through buoyancy-barrier corridor number 2. Look below to realize that the 2016/2017 Seismic Chart has been finalized, as the 2018 Earth orbit cycle relative to the Black Star has started. See the Seismic Chart and read the full report, by subscribing at https://www.terral03.com . Read last week's newsletter, by clicking this complimentary link to Terral's 2018 Newsletter Issue 8: https://goo.gl/NaRfpZ ...Earth saw five new volcanic eruption events in the last seven days with three events taking place in the Indonesia/Fiji Seismic-Volcanic Origination Zone nearer to the Indonesia side of the equation. The Philippines new volcanic eruption event took place in the Watch Area shifting back and forth from Kamchatka/Japan along Buoyancy-Barrier Corridor #1, where volcanism pressures have been passing through in route to Indonesia; which is the same pattern we have seen for the last two months of the 2017 earth-change lull period. The number of Origination Zone deep-earthquake events has bounced moving towards the end of the current earth-change lull period, to produce seismic and volcanic activity that is on the decline. For those keeping score, Week 1 of the 2017 Earth orbit cycle (2017 Newsletter 8) also shows five new volcanic eruption events. The forecast is to see earth-change activity decrease to reach a minimum here in a week or two, until Earth core has time to heat up once the Black Star-Earth magnetic portal connection begins shortening rapidly moving through March 2018. Special Website/Newsletter Notice: Brenda has written and will be editing the weekly newsletters, until the end of the day on March 15, 2018. Terral03.com is seeking a webmaster for the website and an editor-in-chief for the weekly newsletters. The USA Survival Group Program continues growing with many survival group subscribers joining the program in the last month. The best survival strategy includes building relationships with Group Leadership and Group Members, before the crap hits the fan and outsiders are considered threats. Subscribing to the Survival Group Program at http://terral03.com costs just 50 dollars per year, which includes a one-year newsletter subscription giving you access to all the newsletters from the beginning. Request your Threat Assessment Info at the Gmail email address provided in your 2018 Newsletter/Survival Group Notification Email with your home state location. Project supporters for Week 9 include Warren, Holly, Jarrod and Timothy subscribing to the Newsletter-Survival Group Programs at http://terral03.com/ to receive full subscriber benefits for the coming year. Richard, Barry, Lee, Glen, Tony, Jim, John*, Patricia, Alex, Thomas, Victory and Carl/Brenda renewed their 2018 subscriptions from previous years with Michael securing his autographed-numbered copy of The Mystery Explained with a donation at the website. John* is a super-subscriber supporting the research since his original newsletter subscription on January 11, 2012 who also made a generous donation at the website. Read the Full Report and related articles, by subscribing to Terral’s 2018 Newsletter/Survival Group Programs at http://terral03.com/ . See last week’s complete newsletter using the complimentary link to Terral's 2018 Newsletter Issue 8.