OUT OF MIND » PLANET AWARENESS » ATMOSPHERIC CHANGES » Here Comes... Something

We've been waiting for something dramatic to happen before posting yet another "meters" post... and besides the graphic above (which we'll tell you about shortly), here it is: Three big gamma ray bursts (GRBs) in the past two days alone. Lookie:


We're unsure if these neutron events are related to the GRBs.

The above latest GOES magnetometer reading suggests that we may be in for a bumpy ride this weekend, electromagnetically speaking.

Here's the latest one of these, mirroring the above:


Bumpy! Besides that, here's how things look at the time of this posting:


The above VLF meter usually looks quite calm, so this is a LOT of energy...coming from... where? We don't know. "Experts" say the sun, but who can trust "experts" in anything, anymore?


THEN there was the activity ten days ago, on 3/20, when many of us began suffering through what Lisa Gawlas calls the "energy flu":


And as seen on the GOES magetometer:


One of us actually fell over because of this one.

It was also documented by Cumiana: 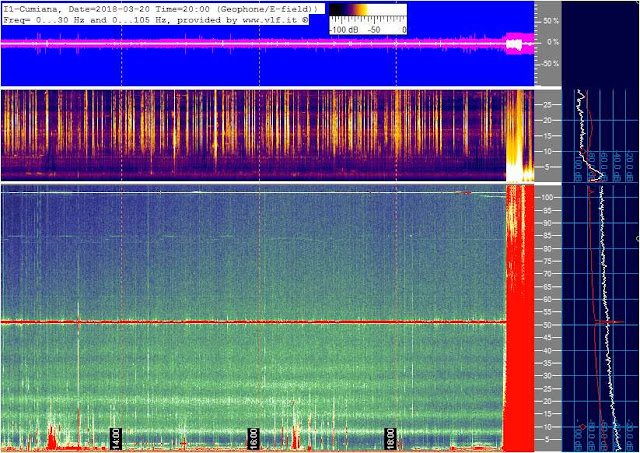 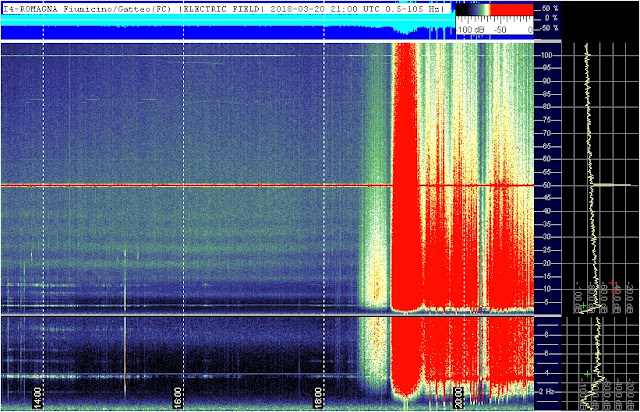 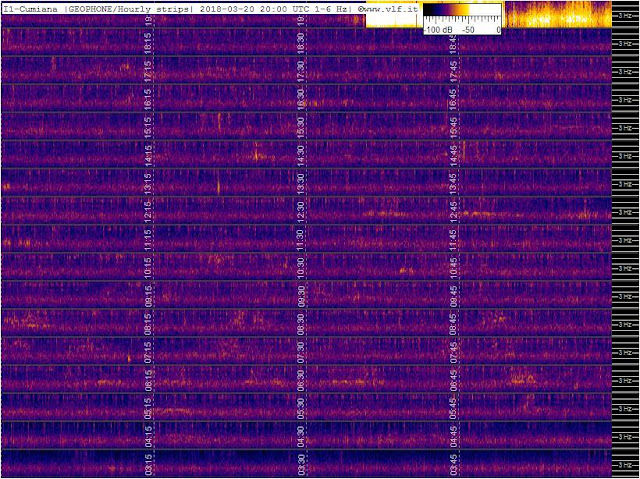 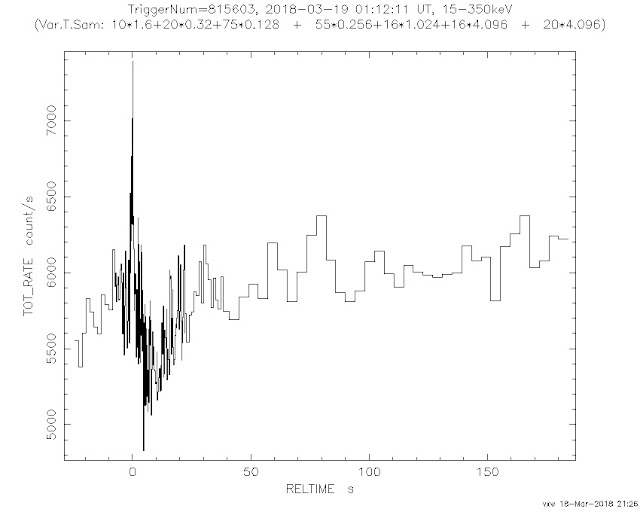 This is interesting. Since 3/13, the neutron meter in Moscow has jumped more than a whole order of magnitude: 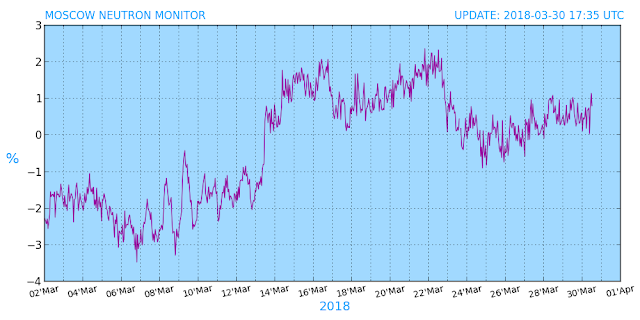 And via the Moscow SR meter:

...this "atmospheric phenonemon" has been seen and photographed here-and-there for the past few years, and is lovingly referred to as "Steve" by those who photograph auroras. We're not sure about the other pics of Steve, but this particular series above actually shows... a rainbow dragon! Yes, that's a big one, but they get much bigger. The main Rainbow Dragon herself is gynormous; they can change their size, so size is relative.

That said, on the spiritual/intangible side of things, some of the CATs (and blog commenters) have been seeing colors (eyes closed and open) during meditations -- and sometimes in the sky, too -- while a few of the M's have been seeing... well, monsters screaming... but not in the way you think. 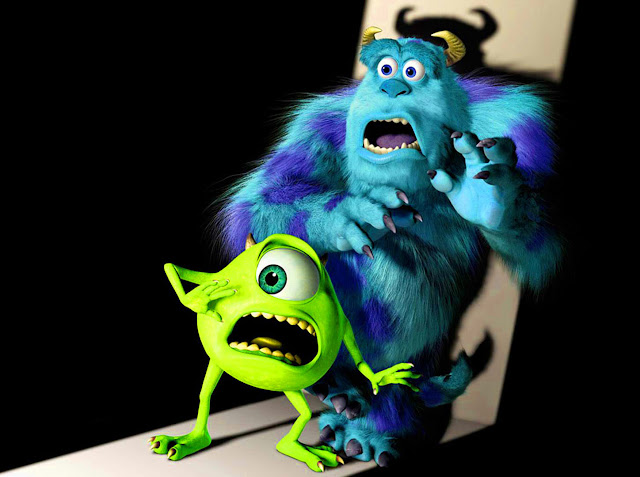 Imagine the most hideous monster/ET you've ever seen, lots of them. Now imagine them screaming like they're being hit by massive energy and obliterated -- that's what we're seeing, and we have been off-and-on for some time, now. Two of us also heard the song, "Anchors Aweigh" playing right after dreaming about using tickets to board a train, then entering a nice compartment and waiting for the train to move. We'll let you guess what that means. So so close. 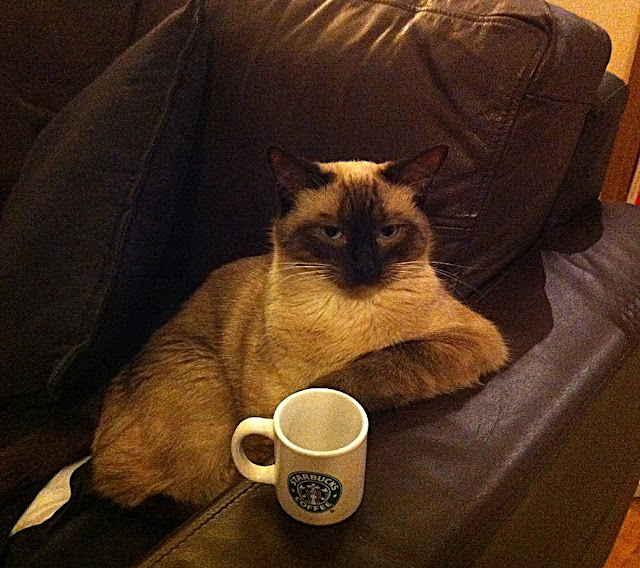 OUT OF MIND » PLANET AWARENESS » ATMOSPHERIC CHANGES » Here Comes... Something