Another CDC Vaccine Scandal: Data Showing Chickenpox Vaccine Causes More Harm than Good Concealed from Public on Thu May 10, 2018 8:20 am 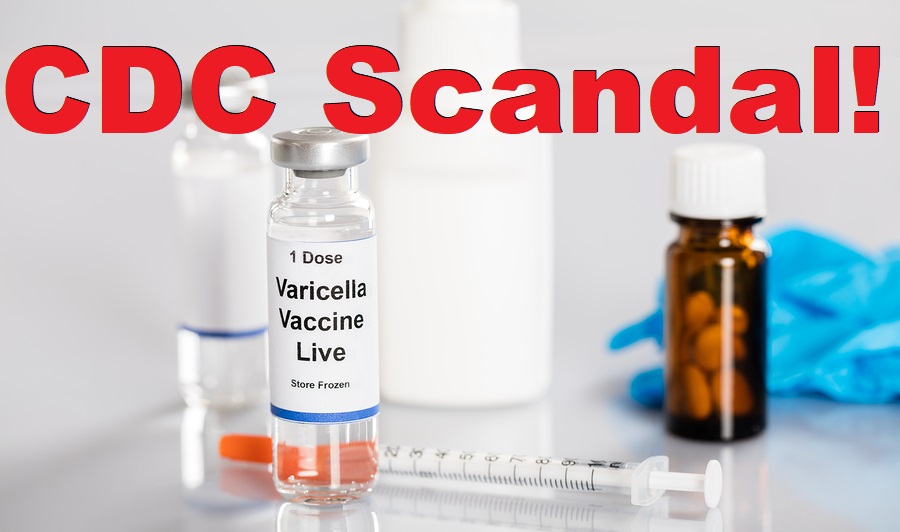 by the World Mercury Project Team
“Collusion” is the word du jour, and the practice’s very characteristics—deception, fraud, misrepresentation and secrecy—often prevent collusive acts from coming to light.
In the scientific research community, would-be deceivers draw on a variety of tricks to slant their message, including manipulating data, employing other questionable research practices , not disclosing conflicts of interest , harassing whistleblowers and engaging in outright censorship .
The Centers for Disease Control and Prevention (CDC) is no stranger to any of these tactics, but eventually, as Shakespeare once predicted, the “truth will out.”
Critics and senior scientists , in growing numbers, have been pulling back the veil on the CDC’s unethical modus operandi, arguing that questionable practices have become “the norm and not the rare exception.”
Adding to this emerging picture of a public agency captive to “rogue interests ,” a March 2018 article in the Annals of Clinical Pathology describes CDC’s suppression of inconvenient research findings pertaining to its Universal Varicella Vaccination Program.
The author, an independent computer scientist, outlines in morbidly fascinating detail the “collusion” between CDC and its local public health partner to conceal unwanted chickenpox vaccine outcomes from the public.

Prior to the 1990s, natural chickenpox (caused by the varicella zoster virus) was a nearly universal childhood experience and, in children with normal immune systems, played out as a mild disease that conferred long-term immunity.
In 1995, without any compelling medical reason to do so, the CDC added the chickenpox vaccine to the childhood vaccine schedule for 12- to 15-month-olds. In 2006, acknowledging the problem of waning vaccine effectiveness , it indicated that four- to six-year-old children needed to get a second (booster) shot.
Following natural chickenpox infection, the virus remains latent in the body. If reactivated  later in life (usually in immunocompromised adults), the virus resurfaces in the form of shingles (herpes zoster or HZ).
Before introduction of the vaccine, the high prevalence of natural chickenpox in communities served to hold shingles in check for most adults by regularly boosting a type of immunity called cell-mediated immunity.
In fact, a 2002 study  showed that exposure to natural chickenpox in adults living with children “was highly protective against [herpes] zoster.”
Those authors cautioned that mass chickenpox vaccination was likely to cause a major shingles epidemic and predicted that shingles would affect “more than 50% of those aged 10-44 years at introduction of vaccination.”
Before and after introduction of the vaccine, researchers also warned of the vaccine’s potential to shift the average age of chickenpox infection upward —a problematic scenario given that chickenpox is more severe in adults —while shifting downward the average age at which shingles occurs.

From Predictions to Reality

The Annals author was hired as a research analyst in 1995 by the Los Angeles Department of Health through the CDC-funded Varicella Active Surveillance Project.
For reasons specific to the project’s self-contained geographic locality, the project benefited from unusually high-quality data and “uninterrupted and stable data collection.”
Thus, the research analyst found himself ideally positioned to monitor the rollout of the chickenpox vaccination program from its inception and assess its outcomes—both positive and negative.
Initially, his sole mandate was to analyze varicella data. In 2000, however, after anecdotal reports began trickling in from school nurses about “unexplainable increases in the number of cases of HZ…among school-aged children,” the analyst persuaded the CDC to add active surveillance of shingles to his duties.
In short order, this dual surveillance effort revealed two clearly negative consequences of the varicella vaccination program:

Neither finding was palatable to the public health agencies eager to publicize their vaccination program as an unmitigated success.

From this point until the analyst quit in disgust in 2002, the CDC either sat on or out-and-out forbade publication of any studies “suggesting negative findings or deleterious effects,” engaging in at least 23 distinct actions “contributing to obfuscation and malfeasance.”
In one nonsensical attempt to “bury” the findings, the project investigators “simply and spuriously argued that the [surveillance project] did not provide a suitable platform for which to study HZ incidence rates.”
When the analyst refuted this argument, the agencies sought to statistically mask the unwanted findings.
For example, they improperly averaged shingles rates across the two very different subgroups of children (vaccine recipients and children who had previously had natural chickenpox) to hide the spike in shingles in the second group.
The CDC and local health department also went after the research analyst, both before and after his employment with them. Actions included:

More than two decades into universal chickenpox vaccination in the U.S., the program’s early promises ring hollow.
Instead, the Annals author makes a compelling case that the program has resulted in a “fabricated cycle of disease and treatment” that has a substantial health care cost burden and is “causing distress” to vaccine recipients—and non-recipients—of all ages.
Elsewhere , the author quoted a parent whose daughter received the varicella vaccine at age four (having never had natural chickenpox) and then had recurrent and painful episodes of shingles at ages 13 and 16; the parent expressed regret for “a dangerous vaccine with awful side effects that stay with you for a lifetime…far worse than chickenpox in one’s youth.”
Case reports likewise refer to “vaccine-strain zoster severe enough to cause neurological complications such as meningitis or encephalitis” in healthy children.
Recently, Italian scientists suggested that routine varicella vaccination programs may have “perverse public health implications” due to the “intrinsically antagonistic ” dynamic between chickenpox and shingles.
Likewise, an agency—the CDC—that is in charge of promoting vaccine uptake while being tasked with vaccine safety at the same time has an inherent conflict of interest that does not serve the public.
Over a decade ago, a Nature editorial discussed parents’ declining confidence in vaccine safety and concluded that there was a “strong case” to be made for establishing “a well-resourced independent national agency that commands the trust of both the government and the public in matters of health protection.”
Johns Hopkins University researchers similarly called for an independent National Vaccine Safety Board separate from the CDC or any branch of government in order to “ensure optimal vaccine safety.” It’s high time to follow through on those vital recommendations.
Read the full article at WorldMercuryProject.org .