Study: Vitamin D Effective in Preventing Flu Only Among Non-vaccinated Population on Tue Jun 12, 2018 9:58 am 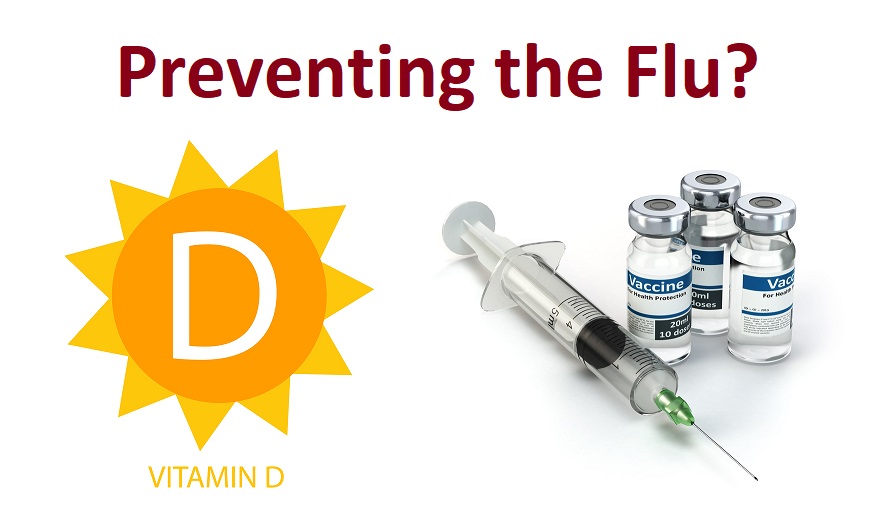 by Brian Shilhavy
Editor, Health Impact News
Numerous peer-reviewed published studies have linked an increase in Vitamin D uptake with a decrease in influenza infection during the flu seasons. The logic is easy to understand: winter brings shorter days with less sunlight, when influenza is most prevalent, while influenza outbreaks are rare during the summer months with increased exposure to sunlight, the most common source of Vitamin D.
One of those studies, a meta-study that looked at 25 separate studies involving over 11,000 people, was published in the British Medical Journal last year (2017), and published by Dr. Mercola. (See: Study: Vitamin D Is More Effective Than Flu Vaccine .)
However, other studies have also been published which seem contradictory, showing little to no association of uptake in Vitamin D with a decrease in flu infections. These studies have, obviously, been highlighted more by the corporate-sponsored “mainstream” media in their efforts to market the annual flu vaccine.
A study published from researchers in Japan may have unraveled this seeming paradox, which is exactly what they set out to study:

Several intervention studies have examined the effect of vitamin D supplementation on influenza or influenza-like illness, but their results have been inconsistent. We prospectively examined the association of serum 25-hydroxyvitamin D with influenza among Japanese workers. (Source .)

In their conclusion, they admit that overall the statistics did not significantly lower the risk of influenza through Vitamin D supplementation, except for one sub-group – those who had NOT received a flu vaccine.
They wrote:

In a subgroup of participants without vaccination, vitamin D sufficiency (≥30 ng/mL) was associated with a significantly lower risk of influenza (odds ratio 0.14; 95% confidence interval 0.03-0.74).

Could this be the reason why there are seemingly contradicting results from studies looking at Vitamin D levels and rates of influenza? Could the flu vaccine itself be preventing the body’s own immune system from benefiting with higher levels of Vitamin D to naturally fight off flu infections?
The researchers from Japan stated that more research is needed to look at why unvaccinated Japanese employees had a better rate of resisting flu infections with higher levels of Vitamin D.
Here are some more comments from the full study (Abstract here ):