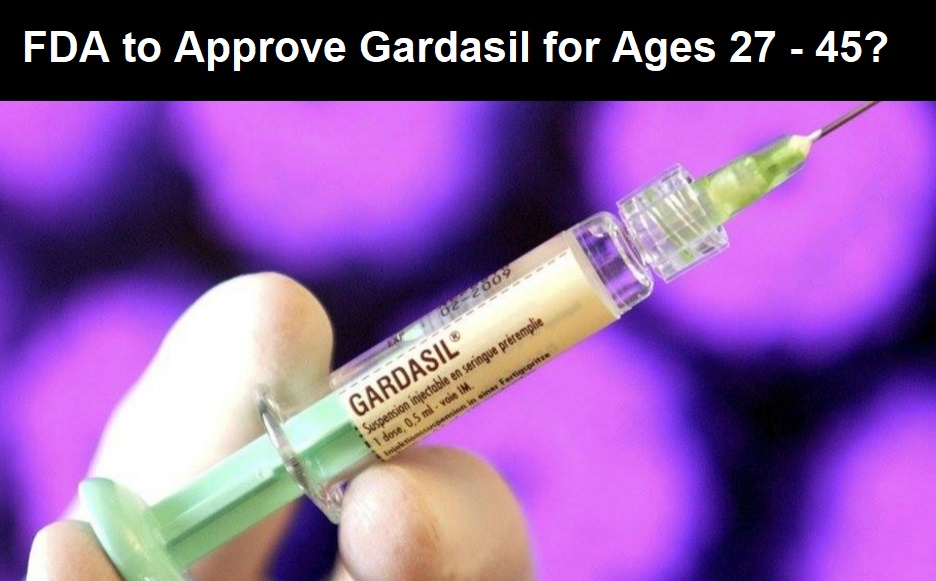 by Brian Shilhavy
Editor, Health Impact News
Gardasil vaccine manufacturer, Merck, announced earlier this month (June, 2018) that the U.S. Food and Drug Administration (FDA) has granted them a “Priority Review” to approve the dangerous and controversial Gardasil 9 vaccine to women and men, ages 27 to 45.
The Gardasil vaccine is currently approved for girls and boys, ages 9 through 26.
The request by Merck to expand its market to women and men, ages 27 to 45, and the FDA’s approval to grant it a Priority Review by October 6, 2018, follows 10 years after the FDA struck down a similar request to expand the older version of Gardasil to the same age group.
FiercePharma , the marketing publication for pharmaceutical drugs, reports :

Back in 2008, after agreeing to a faster review in the age group, the FDA decided against Merck’s case for an additional Gardasil approval in females 27 to 45. The agency in 2009 issued a second complete response letter for that application, demanding Merck to provide longer-term efficacy data in the age group.
That set of data apparently didn’t turn things around for Merck. In both Gardasil’s and Gardasil 9’s current labels, information about a study on 3,253 women 27 through 45 years of age states that there was “no statistically significant efficacy” demonstrated by the vaccine in preventing high-grade cervical lesions or cervical cancer.

So what has changed that Merck now wants the FDA to act on their request again? According to FiercePharma :

Observational and clinical data over the past decade demonstrate that women 27 to 45 are also at risk of acquiring new HPV infections, Merck spokeswoman Pamela Eisele told FiercePharma.
Even though many people have already been exposed to HPV at an younger age, they have not been exposed to all nine HPV types targeted by Gardasil 9.
Besides, a follow-up of the long-term study with Gardasil in women ages 27-45 showed no additional cases of HPV disease for at least 10 years following vaccination, a result that can be extended to Gardasil 9, she said.

Will the FDA Look at Published Data on Gardasil Side-effects?

Besides the hundreds of stories of young women being injured or even killed by the Gardasil vaccine, as well as the lawsuits mounting in countries outside the U.S., the published data regarding Gardasil just keeps getting worse.
Will the FDA consider these studies in determining if Gardasil should be expanded to a larger population? Shouldn’t the FDA instead be determining if Gardasil should even stay in the market, as other countries are beginning to ask?
Two recent studies published this year (2018) on the Gardasil vaccine should put an immediate halt on increasing the vaccine’s market, and should, instead, prompt investigations into the safety of this dangerous vaccine and whether or not it should remain on the market.
A study published earlier this month (June, 2018) in the Journal of Toxicology and Environmental Health looked at declining fertility rates among eight million U.S. women, aged 25 to 29, during a 7-year period.
The title of study, published by Gayle DeLong, Ph.D., from the Department of Economics and Finance, Baruch College/City University of New York, is “A lowered probability of pregnancy in females in the USA aged 25–29 who received a human papillomavirus vaccine injection.”
From the abstract:

This study analyzed information gathered in National Health and Nutrition Examination Survey, which represented 8 million 25-to-29-year-old women residing in the United States between 2007 and 2014.
Approximately 60% of women who did not receive the HPV vaccine had been pregnant at least once, whereas only 35% of women who were exposed to the vaccine had conceived.
Using logistic regression to analyze the data, the probability of having been pregnant was estimated for females who received an HPV vaccine compared with females who did not receive the shot.
Results suggest that females who received the HPV shot were less likely to have ever been pregnant than women in the same age group who did not receive the shot. If 100% of females in this study had received the HPV vaccine, data suggest the number of women having ever conceived would have fallen by 2 million. (emphasis added)

We did not find a single corporate-sponsored “mainstream” media report on this study, and based on previous studies shedding a negative light on Gardasil, one wonders if this study will remain published or eventually be retracted due to pressure from outside influences.
Given the fact that many women in the U.S. are waiting longer to begin a family and conceive children, the expansion of Gardasil to this older age group could have even more devastating consequences to fertility rates. Learn more about this study:

Another study published earlier this year in the Indian Journal of Medical Ethics examined cervical cancer rates among women in Sweden and discovered a link between increased cervical cancer rates among women, aged 20-49, during a two-year period between 2014 and 2015, corresponding to increased HPV vaccination rates in this population group, years earlier, when mass HPV vaccinations started in Sweden.
The study has been retracted subsequent to being published, due to the fact that the study author claimed his life was in danger for publishing such a study and had to use a pseudonym, but in publishing the retraction, the Journal affirmed the validity of the data and study conclusion:

Further we reconfirmed the reviewers’ conclusions: that the article used publicly available data with a simple statistical method; made a fair attempt to report a possible association of the increased incidence of carcinoma cervix with HPV vaccination; and suggested more research. We felt that the data and analysis could be scientifically appreciated and critiqued without reference to the author.

The data that this study examines is obviously very important when considering whether or not to expand the Gardasil vaccine to ages 27 – 45, as that is the same age group of the study subjects in Sweden, and it suggests that Gardasil not only does not prevent cervical cancer in that age group, but might, in fact, increase their risk of cervical cancer. See:

The U.S. FDA Should Follow Japan’s Example of Questioning the Risk of the Gardasil Vaccine Versus Perceived Benefits 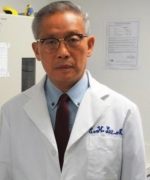 Sharav showed how the Japanese Government does not have strong ties with pharmaceutical companies producing HPV vaccines and is, therefore, more prone to conduct honest investigations into the dangers of the HPV vaccines. Japan has not only rescinded its recommendation for the Gardasil vaccine, it has actually helped facilitate clinics to deal with Garsasil vaccine injuries:

, have organized and are speaking out.
The issues are being debated at public hearings, at which scientific presentations have been made by independent medical experts who validated the women’s suffering with documented evidence of the severe nature of the pain related to the HPV vaccine.
The opposing view, presented by scientists aligned with the vaccine establishment, disregarded the scientific plausibility of the evidence and declared the pain was a “psychosomatic reaction.”
Such public debates do not take place where vaccine stakeholders are in full control of vaccine safety information. (Like in the U.S., for example.)
Following a public hearing (February 2014), at which scientific evidence was presented by independent scientists, the Japanese government, not only rescinded its recommendation that girls receive the HPV vaccine, but established guidelines and special clinics for evaluating and treating illnesses caused by the vaccine.
It is a scenario that Merck, GSK, and vaccine stakeholders globally are extremely anxious to suppress.
The Merck-commissioned, CSIS report, co-authored by Dr. Larson, paints a picture of an all-out war over media coverage – not over the high rate of serious adverse reactions.