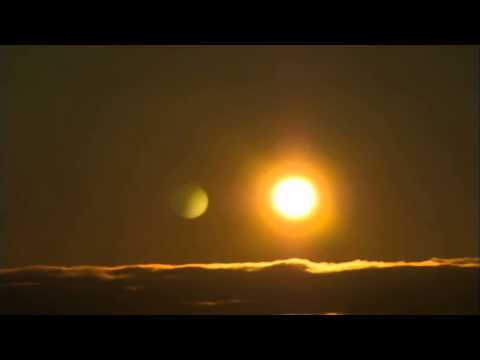 
Seismic event indicators say Earth has passed the peak of the first earth-change uptick period for the 2018 Earth orbit cycle relative to the Black Star positioned in the Libra Constellation relative to the Sun. Year-over-year weekly seismic-event values for Week 18 show just one of the 7-magnitude earthquake events (2015) for the last five orbit cycles, but none in the last three years. Just one of the 6-magnitude earthquake events for Week 18 is almost five events below the year-over-year average. Week 18 has seen 23 or 24 of the 5-mag quake events consistently for the four previous years making the 33 event-value about ten events above the year-over-year weekly-event average. Earth saw 2561 of the 2.5 to 4-magnitude earthquake events for the 7-day reporting period representing the highest weekly-event value we have seen since the investigation started in January 2011. This is the first orbit cycle in the last five years where just one of the 6-mag quake events struck for Week 18 part of the new global tectonic-volcanic dynamic. The interesting fact associated with this single 6.1-mag quake event (article link) is that the event was characterized as “unusual.” In fact, search this newsletter document to find twelve uses of the term associated with many earth-change-related events. Read the latest Newsletters by subscribing at https://www.terral03.com for just 2 bucks per month. Non-supporters can read last week's Newsletter using the complimentary link: https://goo.gl/z7U9in The strange seismic pattern says that our planet is going through dramatic seismic-volcanic-dynamic changes and we must pay careful attention to Earth testimony in combination with known factors established during previous Earth orbit cycles. Earth saw the predicted 8 and 9 new volcanic eruption events and going into the month of May 2018, when Earth passed between the Sun and Black Star and the Black Star-Earth magnetic portal connection reached the minimum length that increased Black Star electromagnetic potential. While more seismic data and analysis are required for drawing conclusions, the evidence says that Earth has passed the Black Star in natural orbit around the Sun with fewer new volcanic eruption and seismic events saying that the earth-change lull period started last month in May 2018. See my comments to Bill in the top article in the Featured Section of this newsletter for more information. The extreme-high number of 2.5 to 4-magnitude earthquakes events is connected to Hawaii where, again, the earth-change scenario is playing out with no historical precedence. Special Notice: See the Updated Black Star Event Timeline posted at https://www.terral03.com for changes. ...As laid out over the last month or so, we are looking at more evidence that Earth has already moved through the peak of the first earth-change uptick period for the 2018 Earth orbit cycle relative to the Black Star in the Libra Constellation. However, the Hawaii Heat Plume (article and image) has apparently connected to the massive deep magma plume formation causing massive global expansion that has pushed Buoyancy-Barrier Corridor 2 through the Gulf of Mexico (article), the Caribbean (Grenada warnings) and into the Atlantic Ocean part of the new global tectonic-volcanic dynamic that should be raising alarms for everyone. The number of 2.5 to 4-magnitude earthquake events should be on the decline moving through the current earth-change lull period, but those weekly-event values are pushing to record highs every week with no end currently in sight! ...Project supporters for Week 26 include one-lonely new supporter (Chris) who is a returning and very-talented survival group member with tons of leadership and motivation skills. See Chris’ articles posted in the Survival Section of this newsletter and expect more in future newsletters. Randy, Patricia, Andrew and James made their 2018 subscription payments with Tangy purchasing his eBook-version copy of The Mystery Explained with a donation at the website. There were no other donations to report again for Week 26. Read the Full Report and related articles, by subscribing to Terral’s 2018 Newsletter/Survival Group Programs at http://terral03.com/ for just two bucks per month. Non-Newsletter/Survival Group Subscribers can download last week’s complete newsletter using the complimentary link to Terral's 2018 Newsletter Issue 25 in hope that you will someday support the research.