The Book of Enoch Complete 2018 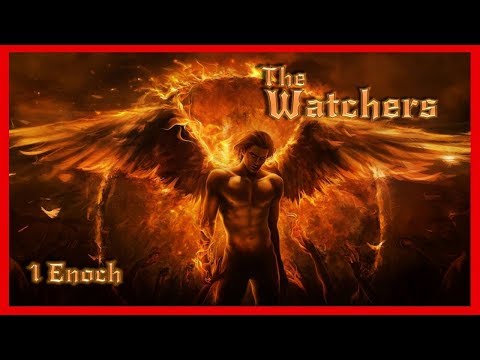 The Book of Enoch Complete 2018


"…The Book of Enoch, an ancient composition known from two sets of versions, an Ethiopic one that scholars identify as "1 Enoch," and a Slavonic version that is identified as "2 Enoch," and which is also known as The Book of the Secrets of Enoch. Both versions, of which copied manuscripts have been found mostly in Greek and Latin translations, are based on early sources that enlarged on the short biblical mention that Enoch, the seventh Patriarch after Adam, did not die because, at age 365, "he walked with God" - taken heavenward to join the deity. Enlarging on this brief statement in the Bible (Genesis chapter 5), the books describe in detail Enoch's two celestial journeys - the first to learn the heavenly secrets, return, and impart the knowledge to his sons; and the second to stay put in the heavenly abode. The Ethiopic version is deemed by scholars to be older by several centuries than the Slavonic one, and portions of that older version are in turn known to have been based on Keepers of the Secrets 129 even older manuscripts, such as a lost Book of Noah. Fragments of Enoch books were discovered among the Dead Sea scrolls. The astronomical-calendrical tale of Enoch thus goes back into great antiquity - perhaps, as the Bible asserts, to pre-Diluvial times. Now that it is certain that the biblical tales of the Deluge and the Nefilim (the biblical Anunnaki), of the creation of the Adam and of Earth itself, and of ante-Diluvial patriarchs, are abbreviated renderings of original earlier Sumerian texts that recorded all that, it is almost certain that the biblical "Enoch" was the equivalent of the Sumerian first priest, EN.ME.DUR.AN.KI ("High Priest of the ME's of the Bond Heaven-Earth"), the man from the city Sippar taken heavenward to be taught the secrets of Heaven and Earth, of divination, and of the calendar." ~Zecharia Sitchin When Time Began