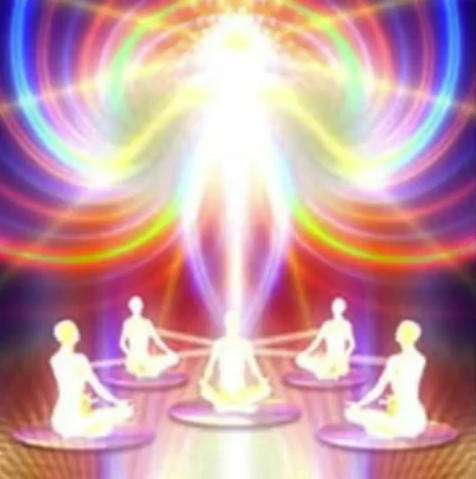 No, you’re not going crazy or feeling exhausted for nothing. ‘Last Stage’ planetary breakthroughs are occurring on the physical plane too …

I too woke up this morning feeling out-of-sorts, with a non-functional head, after feeling exhausted all weekend.

So what was going on??

After a comprehensive inquiry & testing process with The Teams, the short of it is:

Needless to say, all this has resulted in a huge surge in planetary frequency & influx of light … that’s inevitably pushed up what I’m noticing to be everyone’s ‘primary current incarnational issue’.

Meaning, whatever your primary struggle you had in the past 10-20 years … the darkness around it is actually from the external … has jumped into your field for a safe place to hide from the stinging influx of light into the planet … and it is pushing those buttons to get ‘loosh’ in order to survive.

So even if you healed from it, it may still be triggering your memory of this primary issue, and cycling its own negative thoughts about it to you, causing emotional upset & fear.

The proverbial ‘last battle-royal’ has reached the physical plane … and this time WE’RE going to end it!

Don’t put up with it, because you don’t have to!

We’ll be striking again … and striking HARD with our light … this Fri, 27th of July during the 144k Mass Meditation.

Mars - the God of war - will be at his closest point to Earth on the day of the lunar eclipse. The eclipse will be seen over the Middle East, Africa, and Central Asia.

Think the cabal may plan something to trigger WWIII during this eclipse?!?!?

Let's anchor Goddess light instead...as we reactivate the Samarra Hasuna Vortex and the 188 degree leyline, waking up lightworkers and humanity to the truth of their divinity as they step into their full sovereignty.

Step up to the plate & fulfill your soul-mission, before it’s too late. Be one of the ones who can say …

Let’s make history, because whether you sense it or not – you’re in the middle of it -  Details right below.


At the time shown in your time-zone in the link above, click the link below to join the live broadcast of the 144k guided mass meditation.


(that is a private link. You won't find it by going to the main radio show page of: www.blogtalkradio.com/groundcrewcommandradio … So keep that link in a safe easy to find place).


… and yes, no radio show this week. All focus needs to be on shifting our reality to where we want it to go during this upcoming eclipse. It does appear that things have all reached the physical plane, which was always the final stage of planetary liberation.


The host of Ground Crew Command Radio & organizer of the 144,000 Activation Campaign is The Unknown Lightwarrior: a member of a powerful team of Lightwarriors & Lightworkers who either remotely or in person, clear & restore to the Light; natural and man made power centers, vortexes, portals, ley-lines, control rooms, sacred geometry and all darkness obstacles on the etheric, astral, and plasma planes… to put you, me and the whole planet on the fastest timeline to the Event. To learn about the Global Leylines Tachyon Chamber Project, and/or the Activation of the 144,000 Campaign, or to access powerful healing (down to soul level) ... clearing ... energy surgery ... DNA Activation & psychic help, with Macro Level Light Beings to return to your power ... go to: https://www.returntoyourtruth.com

... hit the Share button below first. This must go viral.