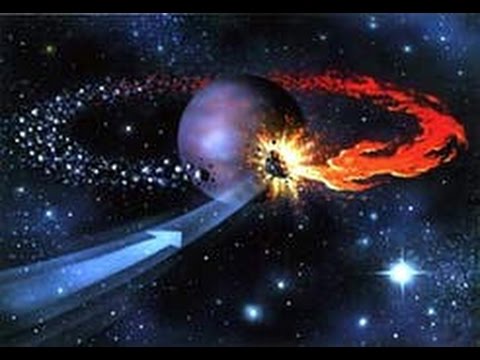 
Subscribe, get more information, and support the research at https://www.terral03.com . Seismic event indicators say Earth has entered the second earth-change uptick period for the 2018 Earth orbit cycle relative to the Black Star positioned in the Libra Constellation relative to the Sun. Year-over-year weekly seismic-event values for Week 32 show two of the 7+ magnitude earthquake events for the last five consecutive years with the 7.1 Mexico Quake (USGS) from last year and the 7.5 Indonesia Quake (USGS) that struck on Friday, September 28, 2018, just before the USGS reporting period on Saturday night at midnight UTC. This 6.1 Indonesia Quake (USGS) represents the only 6-magnitude earthquake event to strike for the seven-day reporting period, which struck at almost the same location as the 7.5 Indonesia Quake about three hours earlier on September 28th. Fourty-five of the 5-magnitude earthquake events for Week 32 is almost twice the year-over-year weekly-event average (23.75) earning a red value for being on the high side. Two hundred and eighty-one of the 2.5-to-4-magnitude earthquake events is only slightly higher than we saw last year. We should realize that Earth responded to the powerful electromagnetic Jolt more gradually moving through the 2017 Earth orbit cycle at this point in the timeline, because the deep magma plume formation had not yet connected to the mantle-plume hotspots like we saw with the Hawaii, Galapagos and Cobb mantle plume locations for 2018. Readers can listen to my interview with Eric (TradKatKnight) using the link below. The next important date on the Black Star Event Timeline comes at the Earth-Sun-Black Star backside alignment currently scheduled for November 20-22, 2018 (bottom line) using the August 19, 2018 pivot point (left line) provided by the 8.2 Fiji Quake timing and moving forward 93 days (1/4 orbit cycle). Current earth-change evidence and predictive modeling suggest that the 6.9 Hawaii Quake struck earlier than projected due to Jupiter’s solar-system-harmonics influences. We must gather more evidence moving through the four-key orbit-marker positions (backside alignment, outside-orbit position in February, etc..) to know more about what is coming for May 2019, when Jupiter will be 30-degrees farther left in the orbit diagram than in May 2018. Many thanks to Randy for working to provide us with a series of illustrations to help me better explain how the Deep Magma Plume Formation has made the Mantle Plume connections part of the new Global Tectonic-Volcanic Dynamic. The Deep Magma Plume Formation (article and map) that originated in the Indonesia-Fiji Region has grown dramatically since making the Mantle Plume Connections beginning with Hawaii and Galapagos that now includes the Cobb Mantle Plume in Cascadia and many others not yet included in these diagrams. We know that the Magma Plume Formation is growing out of control, by the pattern of 5-magnitude earthquake events striking at the 10-kilometer depth in combination with the deep earthquake events sending magma-wave energy through the buoyancy-barrier corridors raising the horn formations and causing magma displacement at the surface in Earth crust. Subscribing to the Survival Group Program at https://www.terral03.com costs just 50 dollars per year (watch video), which includes a one-year newsletter subscription giving you access to all the newsletters from the beginning. Project supporters for Week 38 include no new subscribers to the Newsletter-Survival Group Programs at https://www.terral03.com . Mike, Johanna, Jeffery, Karen, Ralph, Janet, Laser, Carrie, Carol, Willy, Russell, Wes, Jeffrey, Carrie, Caroline, Travis, Everything, Christopher, Guy, Ricky, Tiffany, Ron and Robert made their 2018 subscription payments with Tangy donating at the website. Read the Full Report and related articles, by subscribing to Terral’s 2018 Newsletter Program at https://www.terral03.com/ for just two bucks per month (25 dollars per year).