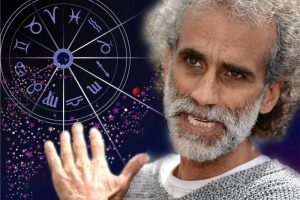 
Looking forward to October 24th which is a date that many will know to be in the middle of Stock Market crash season in history, between the 19th and 24th being the hottest point...... Wall Street Crash of 1929 24 Oct 1929 United States Lasting over 4 years, the bursting of the speculative bubble in shares led to further selling as people who had borrowed money to buy shares had to cash them in, when their loans were called in. Also called the Great Crash or the Wall Street Crash, leading to the Great Depression. Black Monday 19 Oct 1987 When stock markets around the world crashed. The crash began in Hong Kong and spread west to Europe, hitting the United States after other markets had already sustained significant declines. The Dow Jones Industrial Average (DJIA) fell exactly 508 points to 1,738.74 (22.61%).[1] In Australia and New Zealand, the 1987 crash is also referred to as "Black Tuesday" because of the time zone difference. Crash of 2008 On October 24, many of the world's stock exchanges experienced the worst declines in their history, with drops of around 10% in most indices Well we all know that the 'economy' is in shambles, and many of us hope that it will crash and reset to a real system and NOT a fiat system, and that WILL HAPPEN SOON This year on the 24th of OCT some very interesting alignments are going to happen, bellow is the astrological chart set to 12 pm New York time, as you will see the Sun has just entered Scorpio the sign of death and regeneration, also the sign of betrayal as the scorpion figuratively/ yearly betrays the Sun to it's Winter death, the Sun is also 'conjunct' Venus retrograding in Scorpio, Venus is in 'detriment' in Scorpio so this is NOT good, she can be quite malefic when retrograding in Scorpio, the Moon is full on that day directly opposite the Sun in Taurus which is a good thing as the Moon loves Taurus where it 'EXULTS', Taurus represents the bull market as it is a 'waxing' sign, so this could Symbolize a positive reset.... hopefully!! You will also notice that Uranus is 'conjunct' the Moon on the same degree, opposing the the Sun, this is NOT good as Uranus 'falls' in Taurus, so much for a positive reset..... oh well you never know. There are many other things to look out for in the chart which look ominous so keep your eyes open and your wits about you and lets hope that this will be a good thing for humanity Heads up folks, enjoy the starry heavens and the story they write/ tell and unfold for us Genesis 1:14 ► New International Version And God said, "Let there be lights in the VAULT (Dome) of the sky to separate the day from the night, and let them serve as signs to mark sacred times, and days and years Job 38:32 ► New Heart English Bible "Can you lead forth the Mazzaroth (Zodiac) in their season? Or can you lead Aysh with her children"? Psalm 19: 1-6 King James Version (KJV) 19:1 The heavens declare the glory of God; and the FIRMAMENT sheweth his handywork. 2 Day unto day uttereth speech, and night unto night sheweth knowledge. 3 There is no speech nor language, where their voice is not heard. 4 Their line is gone out through all the earth, and their words to the end of the world. In them hath he set a tabernacle for the sun, 5 Which is as a bridegroom coming out of his chamber, and rejoiceth as a strong man to run a race. 6 His going forth is from the end of the heaven, and his circuit unto the ends of it: and there is nothing hid from the heat thereof. Visit the Universal Truth School website for more information and syncretism writings: http://www.universaltruthschool.com/