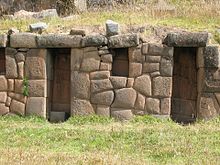 
Support Our Fight Against Academic Fallacies: Patreon: https://www.patreon.com/MysteryHistory Facebook: https://www.facebook.com/MysteryHisto... Twitter: https://twitter.com/Mysterytweetery Steemit: https://steemit.com/@mysteryhistory Narration By Don Moffit: www.DonMoffit.com As we have previously mentioned here on our channel, ancient ruins of an advanced nature, will inevitably be found on every continent on planet earth, if of course one looks hard enough. Bomarsund fortess being yet another of these ancient ruins. The biggest military facility ever built in the country, or as we hypothesize, re-built… It can be found within a place known as Åland. After the war between Sweden and Russia in 1809, Sweden was forced to give up Finland and Åland, as part of the peace agreement. Although a factor that never changes regarding these fortresses and ruins, found throughout the world, later utilised and indeed rebuilt upon by our more modern ancestors, is their strategically chosen geographical locations. With Åland’s location, predictably becoming of utmost interest to the Russians, as part of their continued control of the area. With the land, eventually becoming the Russian Empire’s westernmost strategic outpost. The Russians soon realising the advantages of making Åland, a strongly fortified frontier to the west. With plans to “rebuild” a fortress within the area completed in 1830. With eventually 2,000 Russian armed forces, fortress workers and convicts, living and working in Bomarsund. A whole community developed in the area. The foundations of which, can still reveal a small town settlement with a post office, school, shops and offices. However, The Crimean War of 1853–56, led to the English fleet sailing into the Baltic Sea and attacking targets along the Finnish coast. The most targeted, due to its strategic positioning of course, was the Bomarsund fortress. With the August of 1854 seeing the landing of 12,000 English and French soldiers, intent on the complete destruction of this extremely ancient stronghold. Additionally, and rather unfortunately, on the 13th of August warships subjected the fortress to massive gunfire. After an onslaught lasting a few weeks, most of the fortress was destroyed, however the victors, who possibly noticed the incredible nature of some areas of the fortresses stonework, decided to spare these walls for future generations. These being the sole purpose for our video. Not only do they display an astonishing level of wall building capability, with many of them intriguingly modified to contain modern windows and entrances, but they possess a method of stonework known as polygonal masonry, a technique of stone building that escapes modern mans ability or explanation. Thus, like with many other ancient ruins found throughout the earth, indicative of a lost knowledge, and as such, a lost civilisation having initially been responsible for the creation of these walls and indeed fortress. and although the surviving remnants of this original fort are few and far between, the evidence of the lost techniques used within their construction, are undeniable and clear for all to see. Who built the original fortress of Bomarsund? when did they build it? Thankfully some of these ruins still exist, of an advanced unexplainable nature we find, highly compelling. https://commons.wikimedia.org/wiki/Fi... http://www.visitaland.com/en/articles... https://en.wikipedia.org/wiki/Sund,_%...