STRANGE PICTURES FROM THE CALIFORNIA FIRES…

Last Saturday, while I was having a private talk on Skype with a friend, there was a sudden power surge, the lights dimmed, then everything went off for a brief moment, and the computer began to reboot, interrupting our conversation. Now, my desk sits right next to a window, and from there I can get a good view of the neighbors' houses across the street, the street lamps, and see a ways down the street to other people's houses. No one else seemed to have been affected by this little power spike that affected ... well, just me and my house. And this is not the first time this type of strange little transient has occurred (if indeed that's what it was), but it's certainly not a regular occurrence. I'm not an electrician by any stretch of the imagination, but when we managed to get our connection restored, I remarked to my friend that it was very strange that it seemed to have affected only me, and none of my neighbors. My friend instantly reminded me of the "smart meters" theory of the recent sad fires in California.
I say all of this by way of passing along an article that was shared by Mr. V.T.  As you will see, it consists mainly of pictures taken by a Californian of some houses in her neighborhood that appeared to suffer some sort of ignition located near their electrical meters:
Smart Meters and the California Fires 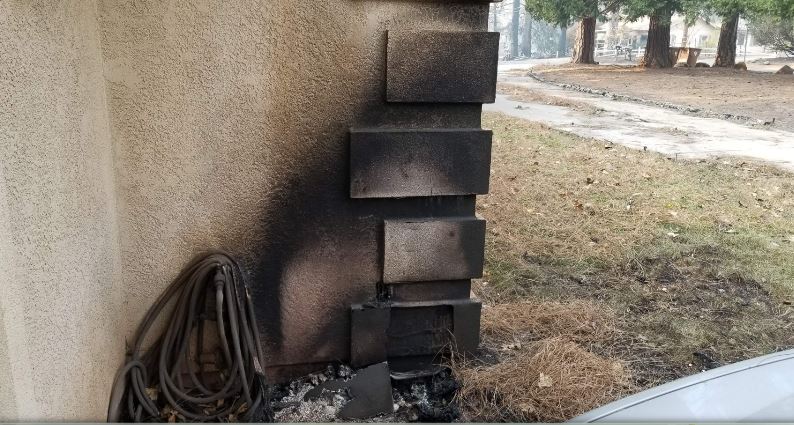 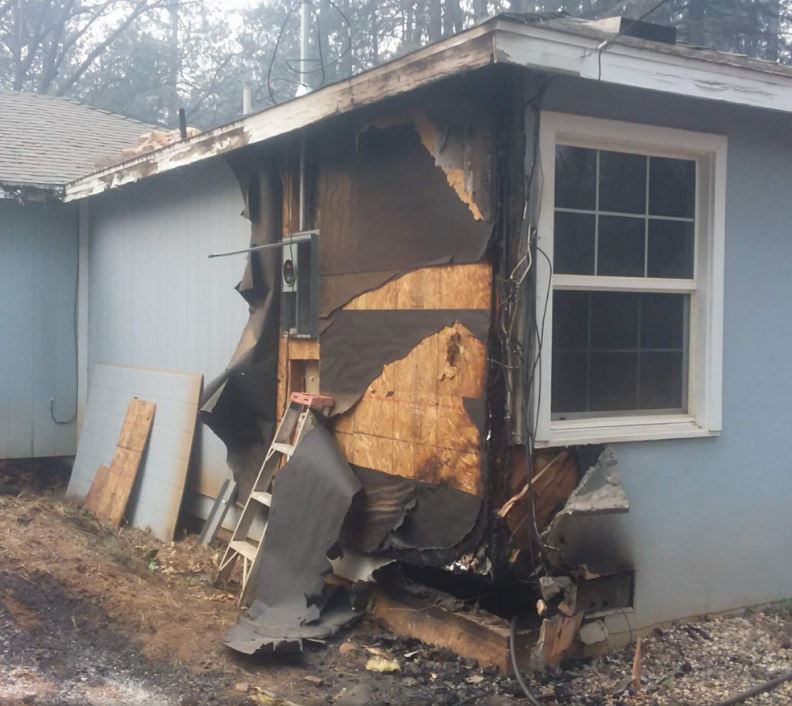 Now, I have no idea how even to recognize a so-called "smart meter" much less if any of the meters being shown are indeed smart meters. There might be any number of explanations, including incompetent or faulty wiring (it does happen, particularly in this day and age of dumbed-down edgykayshun). Another explanation could be faulty parts, or even chips, in the "smart meters" that come from a particular oriental country across the Pacific pond. It wouldn't be the first time that that has happened either. Perhaps there are electricians or electrical engineers out that that can look at these pictures and from experience see what possible and plausible explanations there might be for such (to me) strange fires.
All that does not prevent me from my high octane speculation of the day. Provided such fires might have been caused by power surges or transients of some sort, the might one be looking at a combination of factors, rather than one particular thing, e.g., a combination of (1) surges or transients, (2) faulty equipment and/or wiring, and (3) smart meters? In looking at some of the maps provided with the article, the patterns do not look to be random, and might perhaps be the result of particular builders in one area. Such a possibility might be one explanation, and perhaps the most "natural" one. But I cannot help but think there may be more going on here, by way of my high octane speculation: could such transients be engineered to deliberately target one building, or series of buildings, and not others? Here's where my "combination of factors" hypothesis kicks into high octane gear: one can indeed modulate information into any electrically conductive medium, like radio waves through the atmosphere. Tune your receiver to a particular frequency, and you pick up the signal from the station using that frequency. Similarly, "faulty parts" could be so engineered to be tuned to certain modulated electrical transmission in the power grid: tune the "parts" in a particular serial number series, track where the parts were installed, and voila, at the flip of a switch, when necessary, one might be able to "take out" an area through electrical ignition of fires and "faulty parts." Similarly, such transmissions would not necessarily have to be through the power grid, but through normal broadcast, like radio, radar, or microwaves. Once again, all that's needed is the right frequency tuned to those "parts" and an overload occurs, and fires ignite, and so on. Think of them as "targetable electrical transients." And if that idea of "faulty parts" and wireless broadcast power seems a little farfetched in the California fires context, don't forget this story from 2009 (which Ms. C.V. shared):
Startup to Beam Power from Space One California utility is taking Solaren Corporation’s space-based solar-farm proposal seriously.
Solaren to Close Funding for Space Solar Power
Admittedly, this is quite a stretch. But while I'm out on the end of this particular twig of high octane speculation, I might as well leap completely off the twig altogether, because I also cannot help but wonder if these strange pictures and and the recent fires with all their anomalies might somehow be related to that story, a few years ago, of the attack on an electrical substation at the southern end of Silicon Valley, that was a professional "hit". And there were other strange occurrences in that area: internet cables being cut, and so on. Just search this website for "California substation" and you'll see what I mean. In short, the fires are only one part of the high strangeness in California, and I'm beginning to suspect that they're intimately related to all the other strange things that have been happening there, from the electrical substation attack, to the cutting of internet cables in the Bay Area, and now to these strange electrical meters. Why do I think this? Well for one thing, there was a second attack on that substation, and in the second attack, equipment was stolen (See California Power Substation Attacked in 2013 Is Struck Again ). I have to wonder if we've been told the full story of what type of equipment may have been stolen.
Exactly how the fires and these other events might be related, I do not know. But I do think it's worth considering the possibility, and being on the watch for clues that would either confirm or contradict the idea...
See you on the flip side...