Exposing Snopes Bias in Attempt to Discredit Investigative Report on Vaccines-Autism Link on Wed Feb 13, 2019 10:51 am 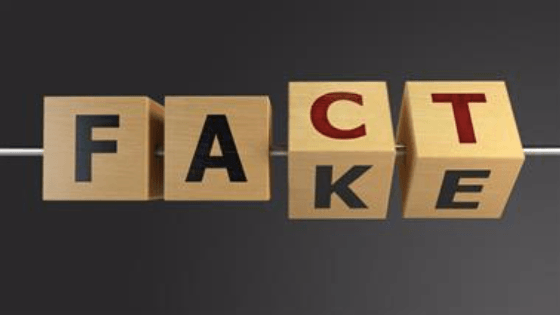 Why Snopes Gets an ‘F’
by Dr. Joseph Mercola
In the barrage of information you come across daily online, how do you know what’s true and what’s nothing more than hearsay, gossip or all-out lies? Some people use Snopes as their go-to source for online fact-checking, believing it to give the unbiased and credible final word on all those widely-circulated stories.
If you’re relying on Snopes as your arbiter of truth, however, you’re in for a surprise: Snopes engages in massive censorship of natural health and general promotion of industry talking points. What started as a tool to investigate urban legends, hoaxes and folklore has manifested into a self-proclaimed “definitive fact-checking resource” that’s taking on topics like whether or not vaccines can cause autism.
Yet, in their purported fact-checking of a Full Measure report1 by award-winning investigative reporter and former CBS correspondent Sharyl Attkisson,2 Snopes simply spewed propaganda, not real facts, in an attempt to discredit the report and the potential vaccines-autism link. In the end, though, they actually ended up confirming the main point of Attkisson’s report. For this, Attkisson wrote, “Snopes gets an ‘F’ for predictable propaganda in [the] vaccine-autism debate.”

Dr. Andrew Zimmerman, a pediatric neurologist, is a pro-vaccine expert witness the U.S. government used to debunk and turn down autism claims in vaccine court. “Zimmerman was the government’s top expert witness and had testified that vaccines didn’t cause autism.
The debate was declared over,” Attkisson reported. “But now Dr. Zimmerman has provided remarkable new information,” she said in the Full Measure report, adding:3

“He claims that during the vaccine hearings all those years ago, he privately told government lawyers that vaccines can, and did cause autism in some children. That turnabout from the government’s own chief medical expert stood to change everything about the vaccine-autism debate. If the public were to find out …
And he has come forward and explained how he told the United States government vaccines can cause autism in a certain subset of children and [the] United States government, the Department of Justice [DOJ], suppressed his true opinions.”

Zimmerman declined to be interviewed for the report, but referred Attkisson to his sworn affidavit, dated September 7, 2018, in which he stated that, in 2007, he told DOJ lawyers he had “discovered exceptions in which vaccinations could cause autism.

“I explained that in a subset of children … vaccine-induced fever and immune stimulation … did cause regressive [brain disease] with features of autism spectrum disorder,” Zimmerman wrote.

This reportedly “panicked” the DOJ, which subsequently fired him, saying his services would no longer be needed, but essentially attempting to silence him. According to Zimmerman, the DOJ then went on to misrepresent his opinion in future cases, making no mention of the exceptions he’d informed them of.

“Meantime, CDC [U.S. Centers for Disease Control and Prevention] — which promotes vaccines and monitors vaccine safety — never disclosed that the government’s own one-time medical expert concluded vaccines can cause autism — and to this day public health officials deny that’s the case,” according to the Full Measure report.4

Attkisson’s report also reveals how Congressmen who wanted to investigate the autism-vaccine link were bullied, harassed and threatened. Dan Burton (R-IN), Dr. Dave Weldon (R-FL) and Bill Posey (R-FL) are among 11 current and former members of Congress and staff who told Attkisson they were warned by PhRMA lobbyists to drop the vaccine safety issue.

Snopes Gets an ‘F’ for Fact-Checking

In an article that attempts to fact-check Attkisson’s investigation, Snopes calls out many of the claims as false while clearly attempting to “debunk” vaccine-autism claims. However, in a rebuttal, Attkisson explains that Snopes earned a failing grade for its reporting.

“[T]he Snopes article debunks claims that were never made and uses one-sided references as its sources — other propagandists — without disclosing their vaccine industry ties.”5

For starters, Snopes labeled Zimmerman as a supporter of vaccination, as though this was something that Attkisson hid. In contrast, this point was central to Attkisson’s story and a large part of what makes his statements regarding vaccines and autism so noteworthy. Some of the additional egregious tactics Snopes used to try to discredit Attkisson’s report included the following:6

It’s important to note that Snopes also wrote their article without contacting Attkisson, who went on to state that they also listed claims she never made, then declared them to be false, and even were incorrect in one of their own claims, specifically that the existence of a potential link between vaccines, mitochondrial disorder and autism was not news at the time of the U.S. Department of Health and Human Services omnibus autism proceedings in 2007.
“In fact, this suspected link was not previously known before the so-called ‘omnibus’ groups of vaccine-autism cases litigated a decade ago, and it is not widely known among doctors or the general public today; at least as of recently. That’s why it has proven to be so newsworthy,” Attkisson wrote, adding:7

Refuting claims never made in my report and putting out one-sided vaccine propaganda makes one wonder whether Snopes author Alex Kasprak even read or watched the report he attempts to criticize, or just blindly printed the propaganda provided to him by vaccine industry interests.”

November 16, 2016, Snopes looked into claims made by Food Babe that the U.S. Food and Drug Administration (FDA) might have shut down its residue testing of glyphosate due to complaints from Monsanto. “False,” Snopes declared.8 Ironically, the page declared that no corporate influence played a role and “the broad scientific consensus is that [glyphosate] is not a risk.”
Yet, a Twitter exchange clearly showed that the fact-checker for Snopes, Kasprak — the same author who wrote the critical review of Attkisson’s investigation — got his information about glyphosate’s safety from Kevin Folta, Ph.D.9
Folta, a University of Florida professor and a vocal advocate of genetically modified organisms (GMOs), who vehemently denied ever receiving any money from Monsanto, was caught lying about his financial ties to the company in 2015. The most flagrant piece of evidence against Folta shows that not only did he solicit funds from Monsanto , but he did so with intent to hide the financial connection between them.
Ironically, getting back to Attkisson’s case, the Snopes report ended up confirming exactly the point she was trying to make, stating,

“Zimmerman, a scientist with serious credentials who was once a government expert on vaccines, believes that narrow circumstances might exist in which the combination of preexisting mitochondrial dysfunction and vaccination could trigger ASD [autism spectrum disorders].”10

“Snopes fabricates claims that were never made, debunks the fabricated claims,” Attkisson wrote, “and then ultimately agrees that the report I produced was accurate.”11

It’s dangerous to rely on any one source or group of individuals as authorities on truth, as it sets up the path for inevitable censorship. Even under the best circumstances, everyone is subject to their own biases, but in the case of Snopes, it was founded on fabrications from the start.
Snopes was created in 1995 by Barbara and David Mikkelson, who posed as “The San Fernardo Valley Folklore Society” in the beginning in order to gain credibility. Such a society does not exist as a legal entity, according to an investigation by the Daily Mail.12
The company soon expanded, but ultimately its founders divorced — amid claims that David Mikkelson embezzled company money for prostitutes and Barbara Mikkelson took millions from their joint bank account to buy property in Las Vegas.
According to Daily Mail, Mikkelson’s new wife, Elyssa Young — a former escort, self-proclaimed “courtesan” and porn actress who ran for Congress in Hawaii as a Libertarian in 2004 — was then employed as a Snopes administrator, even though the company claims to have no political leanings.
In response to the allegations, Forbes published an article weighing whether it was just another case of fake news, but ultimately was astonished by the lack of transparency given by the company’s founder when asked for comment, who stated that he was unable to respond due to a confidentiality clause in his divorce settlement. According to Forbes:13

“This creates a deeply unsettling environment in which when one tries to fact-check the fact-checker, the answer is the equivalent of ‘its secret’ …

At the end of the day, it is clear that before we rush to place fact-checking organizations like Snopes in charge of arbitrating what is “truth” … we need to have a lot more understanding of how they function internally and much greater transparency into their work.”

Hardcore Censorship of Alternative Health and Media in Progress

Whether it be the recent flu shot stunt at the Golden Globes or the industry-driven “facts” published by Snopes, it’s clear that industry propaganda and censorship of health and media information that strays from the mainstream is a growing problem.
In a 2017 Gallup/Knight Foundation Survey on Trust, Media and Democracy, 73 percent said they believe the proliferation of “fake news” on the internet is a major problem, and only half feel confident that readers can get to the facts by sorting through bias.14 And the fact is, fake news is a real problem. But it’s important to do your own research before believing even “fact-checked” sources like Snopes.
NewsGuard is another outlet to be wary of. The entity is setting itself up as the self-appointed global arbiter of what information is “trustworthy” — based on nine “credibility and transparency” factors — not only for information viewed on private electronic devices, but also for information accessible in public libraries and schools.
Once you’ve installed the NewsGuard browser plugin on your computer or cellphone, the NewsGuard icon rating will appear on all Google and Bing searches and on articles featured in your social media news feeds.
These icons are meant to influence readers, instructing them to disregard content with cautionary colors and cautions, but I believe the true intent will be to bury this content entirely from search results and social media feeds.
It is very likely Google , Facebook , Twitter and other platforms will use these ratings to lower the visibility of content — making nonconformist views disappear entirely. It’s a concerning prospect, especially since NewsGuard received much of its startup funds from Publicis Groupe, a global communications group whose history of clients includes the drug and tobacco industries.
Now more than ever, it’s important to be aware of what companies may be filtering your news media and how their own agenda may color what you see. In your search for the truth, always follow your own guiding light — not one maintained by Snopes or any other internet watchdog or censorship authority that tries to lead you down their own biased path.
Are you motivated to make healthy changes to your diet and lifestyle this year? Commit to your health goals and achieve long-lasting success with the help of my All-Time Top 30 Health Tips.
These strategies for achieving optimal wellness are perfect for everyone — from fit and healthy individuals who want to stay in tiptop shape to those who are just starting their journey to optimal health. These tips, which are taken from some of the all-time most-viewed Mercola articles, include:

And so much more! A new tip is provided for each day of January, so you have something to look forward to every day!
Read the full article at Mercola.com .


Snopes Exposed: A Look at the “Fake News” Watch Dogs

Can Snopes be Trusted on Health Issues?