OUT OF MIND » PERCEPTUAL AWARENESS » INFORMATIVE GUIDES FOR THE SHIFT IN CONSCIOUSNESS » Scientists Reveal Secret of Consciousness: Where THE MIND Lives Inside Your Brain

Scientists Reveal Secret of Consciousness: Where THE MIND Lives Inside Your Brain

Scientists Reveal Secret of Consciousness: Where THE MIND Lives Inside Your Brain on Sun Mar 17, 2019 9:09 am 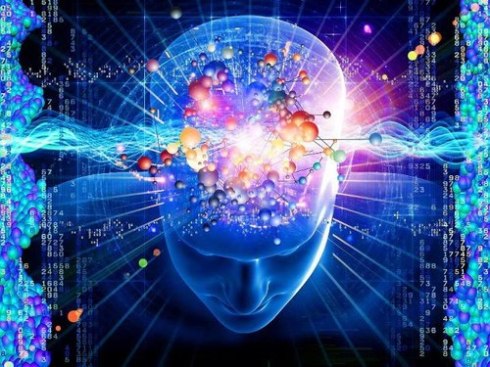 Scientists Reveal Secret of Consciousness: Where THE MIND Lives Inside Your Brain
March 17, 2019

In a ground breaking study scientist have identified the exact location of the mind which gives us consciousness.
Experts have edged closer to finally explaining how humans have consciousness in what is one of the greatest mysteries known to man. The brain remains a baffling subject, with scientists having more knowledge of the universe than they do the human brain.
Consciousness, the ability to perceive and be aware of our surroundings, in particular has confounded scientists for centuries, with there so far being an inability to define what exactly in our brain gives us this power.
But new research into the brain now has scientists on the verge of pinpointing exactly where consciousness, or the mind, is.
An international study has managed to identify brain signatures which indicate consciousness without asking patients to determine it – IE allowing experts to view something which is completely internal.
The research team examined three groups of people – those who were in a vegetative state, those who were in a minimally conscious state and a group of healthy participants.
Experts used a functional magnetic resonance imaging (fMRI) scanner which measures activity of the brain and the way in which different regions communicate.
Team member Davinia Fernández-Espejo, a senior lecturer for the School of Psychology and Centre for Human Brain Health, University of Birmingham, UK, said in a think-piece for The Conversation: “We found two main patterns of communication across regions.
“One simply reflected physical connections of the brain, such as communication only between pairs of regions that have a direct physical link between them.
“This was seen in patients with virtually no conscious experience. One represented very complex brain-wide dynamic interactions across a set of 42 brain regions that belong to six brain networks with important roles in cognition (see image above).
“This complex pattern was almost only present in people with some level of consciousness.

Consciousness in responsive and unresponsive patients (Image: E. Tagliazucchi & A. Demertzi)
“Importantly, this complex pattern disappeared when patients were under deep anaesthesia, confirming that our methods were indeed sensitive to the patients’ level of consciousness and not their general brain damage or external responsiveness.”
Ms Fernández-Espejo adds: “Excitingly the research also takes us as step closer to understanding how consciousness arises in the brain.
“With more data on the neural signatures of consciousness in people experiencing various altered states of consciousness – ranging from taking psychedelics to experiencing lucid dreams – we may one day crack the puzzle.”
SEAN MARTIN
Express UK

OUT OF MIND » PERCEPTUAL AWARENESS » INFORMATIVE GUIDES FOR THE SHIFT IN CONSCIOUSNESS » Scientists Reveal Secret of Consciousness: Where THE MIND Lives Inside Your Brain