OUT OF MIND » RENEGADE » Was this dog on a mission ?

Was this dog on a mission ? 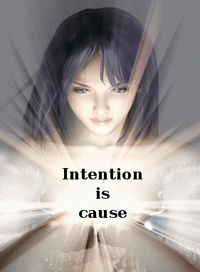 Many - many years ago, an interesting thing happened.

After loading the truck, I created a spot for him to lay and told him that we were ready but first I needed to have something to eat. He hopped on to the truck and made himself comfortable. At the restaurant I told him to relax while we were eating and that I would bring him a "doggie bag". After we were finished eating, he was still laying in the truck, patiently waiting. Since it was late and I was tired, my Vancouver friend offered that I could stay at his place for the night, which I accepted.
The dog followed me into the house and my friend said that the dog needed to stay in the kitchen, rather than roaming through the house. I explained this to the dog, provided him with food and water and we all went to sleep. The next morning I had forgotten all about the dog, but he was still laying in the kitchen.

Since the 860 mile return trip involved going through the Rocky Mountains and I was pulling a trailer, it was slow going. So about half way, I decided to stay overnight in a motel. I explained my plans to "Captain" and told him to guard the truck while I was resting. The next morning, I did not see him at first, however walking around the truck, I found him all stretched out, laying close to the truck - soaking up the morning sun,,,,,

He seemed quite pleased to see me and on our way we went.

Once back in Edmonton, he watched me unload the truck into my workshop and once finished unloading, I fed him and provided him with a carpet to lay on in my workshop, before I went home.

The next morning, he was again eager to see me and once I opened the outside door, he gave me a grateful look, licked my hand and walked out.
I never saw him again, I was just a means to whatever his goal was.

We have all read stories about animals traveling over a long distance to see their loved ones. this is how some of them accomplish that feat.
NOTE: At no time did the dog attempt to run away, everything was "Free Will".

For many years after I couldn't help but ask myself:


NOTE: He reminded me of the TV show called "Littlest Hobo", he looked just like it.

The Littlest Hobo
The Littlest Hobo is a Canadian television series based upon a 1958 American film of the same name directed by Charles R. Rondeau. The series first aired from 1963 to 1965 in syndication, and was revived for a popular second run on CTV, spanning six seasons, from October 11, 1979 to March 7, 1985.
The concept of the show was that of "an ownerless dog".

All three productions revolved around a stray Norwegian Malmut , the titular Hobo, who wanders from town to town, helping people in need. Although the concept (of a dog saving the day) was perhaps similar to that of Lassie and/or Rin Tin Tin , the Littlest Hobo's destiny was to befriend those who apparently needed help, portrayed by well known actors in celebrity guest appearance roles. Despite the attempts of the many people whom he helped to adopt him, he appeared to prefer to be on his own, and would head off by himself at the end of each episode.

.
.
.
USE YOUR DISCERNMENT; This post contains my personal opinion and it is totally acceptable that you see things differently. Please feel free to disagree with me !
It is not up to me to change YOUR mind !


Most people would ignore the dog or shoo it away.
I have no doubt that the dog intended to come with me and as my avatar says: INTENTION IS CAUSE !

.
.
.
USE YOUR DISCERNMENT; This post contains my personal opinion and it is totally acceptable that you see things differently. Please feel free to disagree with me !
It is not up to me to change YOUR mind !

OUT OF MIND » RENEGADE » Was this dog on a mission ?