OUT OF MIND » DISCERNMENT REQUIRED - QUESTION EVERYTHING » SACHA STONE ~ ITNJ » Bigtree, Griffin, Grey, Michael and Young Sworn in as Commissioners at ITNJ

Bigtree, Griffin, Grey, Michael and Young Sworn in as Commissioners at ITNJ

Del Bigtree, G. Edward Griffin, Sue Grey, Dr Sandra Rose Michael and Dr Robert O. Young have been sworn in as Commissioners for the Judicial Commission of Inquiry into the Weaponisation of the Biosphere.
The two-day seating to inaugurate the Judicial Inquiry into Weaponisation of the Biosphere (all living systems), was held in conjunction with a three-day World Health Sovereignty Summit moderated by Founder of the International Tribunal for Natural Justice (ITNJ) Sacha Stone, in Bali, Indonesia. The Summit itself was set within a week-long New Earth Festival, attended and officiated by Indonesian King of Kings Raja Samu Samu VI and multiple regional Kings, as well as dignitaries and multi-faith leaders from around the world.
The five experts were confirmed by the Committee to Support the ITNJ, as Trustee Janie Rayne welcomed the new Commissioners. “We look forward to working with such a strong group of Commissioners. Each has a deep knowledge of specific problems and potential solutions to the ecocide and genocide being enacted on humanity, and are all leaders of health sovereignty within their own right,” said Mrs Rayne.
The Judicial Commission of Inquiry into the Weaponisation of the Biosphere follows the successful and ongoing Inquiry into Human Trafficking and Child Sex Abuse, which the ITNJ aims to complete at the end of the year with a comprehensive Commission Report. This latest inquiry was launched in Ubud, Bali on the 23rd June 2019, where a dozen witnesses, scientists, and health experts gave testimony over the two-day seating into issues relating to the ‘Weaponization of the Biosphere’.
Sacha Stone was jubilant at the new appointments for the Judicial Commission of Inquiry as  all new members took a formal Oath of office in Bali. These latest members of the Commission are pledging to respect the ITNJ Constitution, and the fundamental human rights of every living man and woman of the living soil. The Oath is a serious one for the restoration of the rule of law and the ITNJ is blessed to have Commissioners who are of the highest of integrity and arguably the most important frontrunners in the fields of science and health. 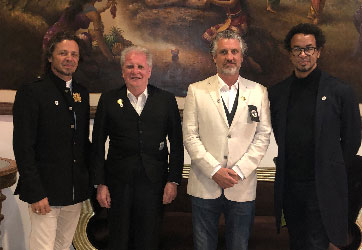 Commissioner Bigtree
Del Bigtree is one of the preeminent voices of the vaccine risk awareness movement. His journalistic career as an Emmy Award winning television producer of the CBS talk show, ‘The Doctors’, changed profoundly, when he produced the controversial documentary ‘Vaxxed’, igniting a revolution against the pharmaceutical companies around the world. Del Bigtree’s internet talk show ‘The Highwire’ is currently the fastest growing program in the natural health arena. His not-for-profit foundation Informed Consent Action Network (ICAN), is leading worldwide investigations into drug and vaccine fraud and has already resulted in the winning of two major lawsuits against U.S. government agencies, Health and Human Services and the National Institute of Health. 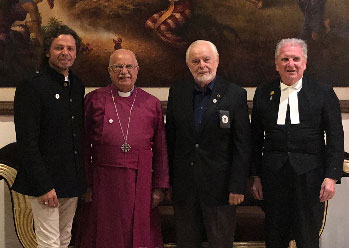 G. Edward Griffin earned his bachelor’s degree from the University of Michigan in 1953, majoring in speech and communications. Edward is an American writer, documentary film producer and is well-known for his talents in researching the most difficult topics; presenting them in clear terms that millions of people can understand. His subjects range from archaeology and ancient history; to the formation of the federal reserve banking system, collectivism and terrorism, the history of taxation, the science and politics of cancer therapy, the Supreme Courts, and the United Nations (UN) – to name but a few. He is also the founder of Red Pill Expo, a movement and forum that hears from experts in healthcare, finance, climate science, and the challenges we face from a globalist agenda.

Commissioner Grey
Hailing from New Zealand, Sue Grey has tertiary qualifications in law, biochemistry, microbiology, and environmental management; and is a self-employed strategist, lawyer, activist, mother and adventurer. As a judge-busting lawyer, Sue represents protestors who have won court injunctions against the 1080 poisoning in the Hunua Ranges of Auckland, New Zealand. Sue has played a major role in the explosion of anti-1080 activism and continues to view people power as the best antidote to the ‘politics of poison’. 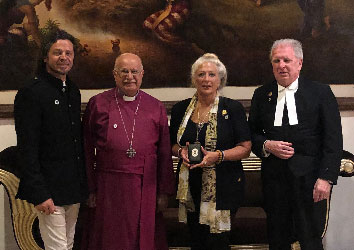 Commissioner Michael
Dr. Sandra Rose Michael has earned global respect and prestigious recognition for her research in applied integrative biophysics and the creation of the Scaler Energy Medicine modality. The Bio-scaler EEsystem Technology has been publicised by media outlets such as CNN, FOX News, The Doctors, The Wall Street Journal and many more. Sandra has lectured at the UN, Massachusetts Institute of Technology (), the World Summit of Integral Medicine, The Royal Society of Medicine, the Harvard Club and at many other conferences, medical schools and health ministry’s worldwide. Knighted for her humanitarian services, Dr. Michael is dedicated to peace and healing and is currently working to provide energy wellness centres for United States veterans. 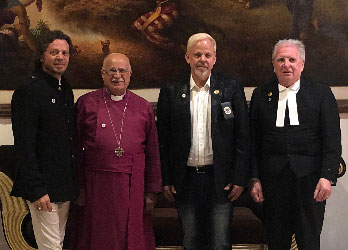 Dr. Robert O. Young has served thousands of people around the world with leading-edge information, wisdom and extraordinary healing capabilities. Robert has born the brunt of a twisted health industry; its status quo maintained by the powers of the global pharmaceutical enterprise that has weaponised the combined organs of government, the executive, and the judiciary, to prevent doctors from healing people and curing disease. Dr. Young is widely recognized as one of the world’s top researchers and clinical scientists. He has devoted his life to researching the true causes of disease, developing something known as ‘the new biology’, helping people reverse any sickness or disease, and to balance their lives.

ABOUT THE ITNJ: The ITNJ is the world’s first people-powered tribunal that operates independently of governments and corporations, and is therefore willing to issue rulings against those organizations based on Natural Law, where agents of governments and/or corporations have caused harm or loss to living men and women, and in this case, matters that relate to the weaponization of our biosphere and the existential ecocide and genocidal threat against humanity.

Thanks to Sasha Stone and: https://www.itnj.org

OUT OF MIND » DISCERNMENT REQUIRED - QUESTION EVERYTHING » SACHA STONE ~ ITNJ » Bigtree, Griffin, Grey, Michael and Young Sworn in as Commissioners at ITNJ