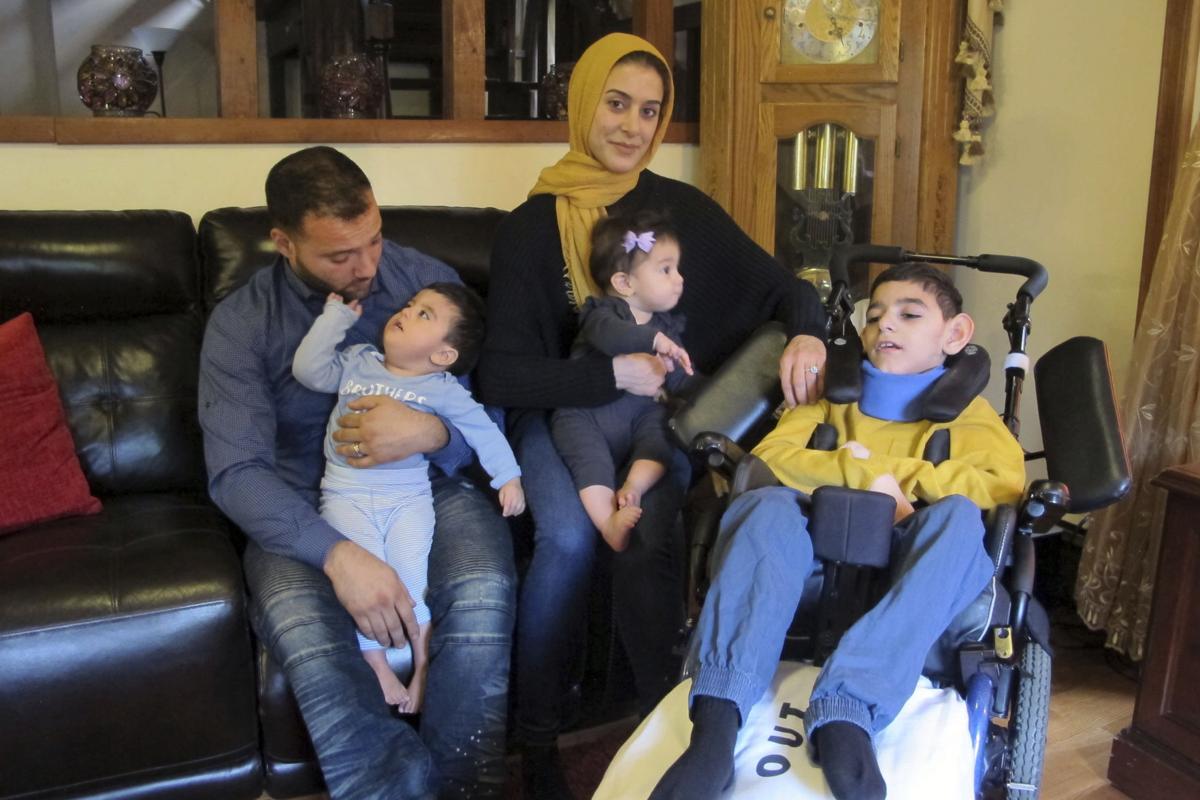 Ameer Hamideh (in wheelchair) with his family. Photo from The Daily Star (article has been removed apparently).
by Informed Consent Action Network
BUFFALO, N.Y., Nov. 12, 2019 /PRNewswire/ — A New York State court granted a temporary restraining order, re-admitting disabled student Ameer Hamideh to school at the CHC Learning Center here, according to Informed Consent Action Network (ICAN) which supported Ameer’s case.
Nine-year old Ameer became an unwilling national story when he was expelled from school at CHC in October because he lacked a single mandatory vaccine for school attendance.
Ameer has numerous neurological impairments, including cerebral palsy, epilepsy, and a seizure disorder. He has received all vaccinations required to attend school, with the exception of a fifth dose of a pertussis (whooping cough) Tdap vaccine.
Ameer was expelled even after his life-long treating pediatric neurologist submitted a medical exemption to the school. He was expelled because the New York State Department of Health opined that the medical exemption should be denied.
Because of Ameer’s previous severe reaction to the DTaP vaccine—most recently a grand mal seizure that sent him, uncontrollably screaming, to the hospital—his parents Ali and Orooba Hamideh followed the advice of Ameer’s physician to not give him an additional dose.
ICAN took up the family’s cause and turned its team of attorneys to the case, which pointed out—among other things—New York state law allows any doctor to provide a valid medical exemption, and does not provide the Department of Health the authority to overrule that exemption.

“This is so satisfying because of what it means for the Hamideh family,” says Del Bigtree, founder and CEO of non-profit ICAN. “The State thought they could steamroll the Hamideh family. Their bureaucratic decision regarding Ameer’s medical treatment, made without ever even talking to his doctor, could have seriously injured him.”

Ali and Orooba Hamideh appeared on the October 24th episode of ICAN’s weekly online fact-based medical and health news show “The HighWire with Del Bigtree,” which streams Thursdays at 11am PST on https://thehighwire.com/ , YouTube, Facebook and Twitter (@HighWireTalk).
Leaving a lucrative career as a nephrologist (kidney doctor), Dr. Suzanne Humphries is now free to actually help cure people.
In this autobiography she explains why good doctors are constrained within the current corrupt medical system from practicing real, ethical medicine.
One of the sane voices when it comes to examining the science behind modern-day vaccines, no pro-vaccine extremist doctors have ever dared to debate her in public.