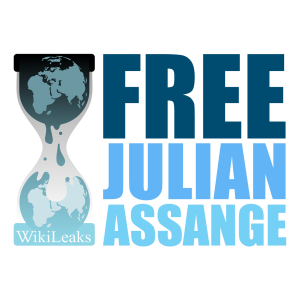 
The prosecution of Julian Assange sets a dangerous precedent for anti-war journalists. (CD ) — Earlier this week, Leader of the UK opposition Jeremy Corbyn challenged Prime Minister Boris Johnson in the House of Commons on the US extradition request for WikiLeaks publisher Julian Assange.

Corbyn stated  that Assange had been charged by the US “for exposing war crimes, the murder of civilians and large-scale corruption”. Backing the Council of Europe, who warned  that the prosecution of Assange sets a dangerous precedent for journalists and called for his immediate release, he asked:
“Will the Prime Minister agree with the Parliamentary report that’s going to the Council of Europe that this extradition should be opposed and the rights of journalists and whistleblowers upheld for the good of all of us?”

Corbyn has risen to political prominence for his lifelong activism against military action. He opposed  the 2003 Iraq War and also voted against British military involvement in Afghanistan and Libya. The Labour leader, who is known for his staunch commitment to democratic rights and peace, understood very well the value of WikiLeaks’ disclosure of government secrets.
WikiLeaks’ publication of documents concerning US wars in Iraq and Afghanistan was a major contribution to the anti-war movement. The release of the Collateral Murder video provided a rare window into modern asymmetric warfare, revealing the war crime of a US military airstrike killing innocent civilians in a suburb of Iraq.
Get the latest from The Mind Unleashed in your inbox. Sign up right here.
Corbyn, who has not mentioned Assange’s plight over the last 10 months, and with now less than two weeks before his extradition hearing, finally broke his silence. In his question to the Prime Minister, he fiercely asserted the voice of the anti-war movement at the Parliamentary session.

The Fourth Estate as a Vehicle for Peace

This decisive action by Corbyn came shortly after Julian Assange was nominated for the 2020 Nobel Peace Prize, along with whistleblowers Chelsea Manning and Edward Snowden. The nomination letter stated  that these three need to be recognized for their “unprecedented contributions to the pursuit of peace and their immense personal sacrifices to promote peace for all”. It acknowledged how they have “exposed the architecture of war and strengthened the architecture of peace”. In the following week, Assange also won  the 2020 Gary Webb Freedom of the Press Award, adding another prize to his list of journalism awards.
Assange understood the critical role of media in keeping peace. He once noted : “Populations don’t like wars. They have to be lied into it. That means we can be ‘truthed’ into peace.” Speaking in defense of the disclosure of classified US military documents on the Iraq War, Assange [url=http://www.thenewamerican.com/world-news/asia/item/10294-wikileakscondemned- by-governments-on-three-continents]pointed out[/url] how “most wars that are started by democracies involve lying” and described, “the start of the Iraq War involved very serious lies that were repeated and amplified by some parts of the press”.
The Iraq War is a good example of the massive failure of established media in the West. Colin Powell’s fabrication at the UN Security Council about Iraq’s supposed weapons of mass destruction was a particular low point for the US in its base war propaganda.

While media have become stenographers to power and have long betrayed ordinary people, WikiLeaks has defended the public’s right to know by publishing more than 10 million documents, with a pristine record of accuracy exposing human rights abuses, government spying and war crimes on an unprecedented scale. By bringing truth to the public, the whistleblowing site transformed the Fourth Estate into becoming a powerful vehicle for peace-making.

In the EU, the number of Parliament members, lawmakers and ministers in support of Assange is growing. In Assange’s home country, Australia, concern for one of the nation’s legendary journalists is becoming stronger. As more and more people voiced disappointment with the inaction of the Australian government, individuals inside the institution began to take action.
On February 10, Australian MP Andrew Wilkie tabled  a historic petition in Australia’s Parliament calling for an end to the US extradition. As he urged the government to bring Assange back home, he added:

“That the perpetrator of those war crimes, America, is now seeking to extradite Mr Assange to face 17 counts of espionage and one of hacking is unjust in the extreme and arguably illegal under British law.”
Then, a day later, he announced  that he would travel to London to visit Assange in Belmarsh prison, where he has been kept in complete isolation until recently. Another Australian MP George Christensen will also visit  Assange in London and together they plan to lobby Britain for his freedom.
Momentum is now building up, with political figures demonstrating great leadership in urging their governments to do the right thing. In the US, during the lead-up to Mr Assange’s UK hearing, the Democratic Party’s primary nomination contest is intensifying. Candidates race to win the right to challenge Trump for the 2020 presidential election.

Who among the US presidential candidates would be the next to follow Corbyn’s great lead to defend Assange, in order to rescue the free press that is now under attack by the Trump administration?

So far, strong support is shown by Democratic Rep. Tulsi Gabbard, Hawaii’s congresswoman and the first female combat veteran to ever run for president. She indicated  that, if elected President in 2020, she would drop all US charges against Julian Assange and pardon Edward Snowden.
What about the positions of other major candidates? Both the Vermont senator Bernie Sanders and Massachusetts Sen. Elizabeth Warren recognized  the dangerous precedent that the Trump administration’s indictment against Assange poses for press freedom, yet they fall short in coming forward to strongly defend a journalist imprisoned in London’s HMP Belmarsh, who is now facing 175 years in a US prison for his publishing activities exposing US war crimes.
Will Sanders, who is viewed by many as America’s counterpart to UK Labour leader Jeremy Corbyn, stand up for what has become the most essential media freedom issue of our time? Would Warren, who promises to take on Wall Street to protect economic opportunities for working families, show the same enthusiasm to protect media freedom? Will any of them challenge Joe Biden for the remarks he made  while he was Vice-President to Barack Obama comparing Assange to a “high-tech terrorist”?
Bill Weld, a former Massachusetts governor, who now has become the only opponent to challenge Trump for the Republican ticket, indicated  that his administration would not press Espionage Act charges against Julian Assange.