Comet Atlas is Approaching the Inner Solar System and It's Really Huge Right Now on Wed Mar 25, 2020 9:09 am 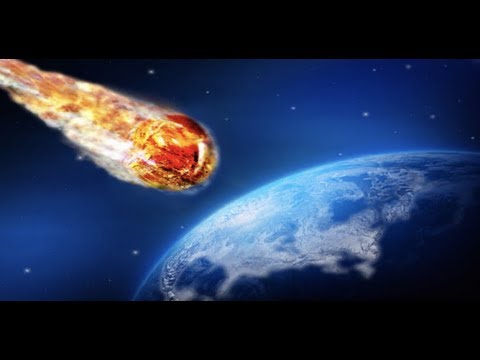 Comet Atlas is currently crossing Mars’ orbit and is approaching the inner solar system. No one knows yet how big the core of Comet ATLAS (C/2019 Y4) might be. Possibly, it's no wider than a few kilometers. One thing's for sure, the comet's atmosphere is huge. New images from amateur astronomers around the world show that ATLAS's gaseous envelope has ballooned in diameter to ~720,000 km--about half as wide as the sun. Astronomers report that comet ATLAS's coma (atmosphere) is approximately 15 arcminutes in diameter. 15 arcminutes equals a quarter of a degree. Given Comet ATLAS's distance of 1.1 AU on March 18th, that angle corresponds to a physical size of 720,000 km. On the scale of big things in the solar system, Comet ATLAS falls somewhere between the sun (1,392,000 km diameter) and Jupiter (139,820 km). It's not unusual for comets to grow this large. While their icy solid cores are typically mere kilometers in diameter, they can spew prodigious amounts of gas and dust into space, filling enormous volumes with their gossamer exhaust. In the fall of 2007, Comet 17P/Holmes partially exploded and, for a while, had an atmosphere even larger than the sun. The Great Comet of 1811 also had a sun-sized coma. Whether Comet ATLAS will eventually rival those behemoths of the past remains to be seen. Right now, Comet ATLAS is certainly the biggest green thing in the Solar System. Its verdant hue comes from diatomic carbon, C2, a common molecule in comets. Gaseous C2 emits a beautiful green glow in the near-vacuum of space. This green color could become visible to the naked eye in mid-April as Comet ATLAS moves closer to Earth and the sun. The celestial visitor will come closest to Earth on May 23, 2020, at a distance of 72.6 million miles away (116.8 million km). Calculations by NASA/JPL indicate Comet ATLAS takes some 6,025 years to complete an orbit around the sun. Observations show it has a similar orbit to the Great Comet of 1844, which suggest Comet Atlas may be a fragment of the same 1844 comet. At the time, the comet requires a small or medium-sized telescope, but it may be visible in binoculars very soon! Facing north-northeast at around 9 p.m. local daylight time (8 p.m. if you’re not using daylight time) for all locations. https://spaceweather.com/ https://earthsky.org/space/how-to-see...