More Background and Support for The One People’s Public Trust


More Background and Support for The One People’s Public Trust 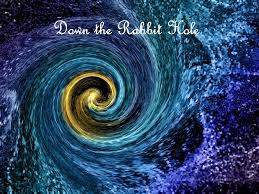 Now that skeptical old me has learned about the OPPT, I feel it’s
important to encourage folks to be open enough to trust the Trust, if
you will, so I’m sharing this post from D’s RTS (Removing the Shackles)
blog.

How often have we been told, “If it sounds too good to be true, it probably is.”?

That old adage was usually good advice, but this is the age of
miracles, and I believe we need to be open to that. Life is going to be
different and things will happen and appear in our reality that we
simply wouldn’t have believed a few short months ago; really GOOD
things!


I wouldn’t tell anyone what to think or believe, but I would hate
to see a few with undue influence colour our ability to see what is.
Our Truth is our own, and should not be defined by anyone else, no
matter how good their intentions.

Just be open and don’t let anyone tell you what is real. Your
inner guidance system has access to everything you need. Trust your
emotions. Does it feel good? Does it feel right? Does it creep you out?
What kind of energy are they giving off?


Whatever you decide, you’re not “wrong”, just following your heart. You can always change your mind later. I’ve done it.


People make mistakes, intel was bogus and secrets had to be kept.
This has been true of so many things in our world of late. Some have
asked us to believe them when they can’t show us any proof of what they
report, and we do that because of the way it feels to us. Despite appearances, we just “know” it’s Truth.


We don’t need to be bullied into going along with what anyone
says, no matter their credentials. We are FREE and sovereign beings;
free to birth our own thoughts and make our own choices. It’s when
people blindly follow others—like Charles Manson or Jim Jones—that they
get into trouble.


Believing that something wonderful is real is not gullible if we
do enough research to have the context to make an educated decision.

(I apologise for the formatting in the post below. Blogspot just
doesn’t translate well in WordPress, and I’ve tried to adjust but failed
miserably so it’s difficult to read, I know.)


Journey Down the Rabbit Hole


This article was written late last night by a very good friend
of mine. Welcome to the New Paradigm my friends. This is a new day, a
new age.

I know that many didn’t understand what Heather was relaying
during the conversation that we posted yesterday. And many did. I will
say that Heather doesn’t really speak in “3D”, lol! But listen
carefully, listen to the words with your heart AND mind. As the article
I published a while ago about Russian DNA discoveries
(even though they were really discovered much earlier than this), words
have a direct effect on us on a microcosmic level. Words can transmit
energy just as the power cord plugged into the wall can light up a light
bulb.

As I have said in response to several comments, this
conversation was only the very first. In 4 hours of recording we barely
scratched the surface of everything that we wanted to discuss. There
will be many more conversations to come, and very soon.

This IS the New Paradigm. The curtain has come up, and you play a lead role. This is NOT a dress rehearsal my friends.

To some extent, I was always awake to much of the corruption on our
planet. But like many who are aware of what has really been happening on
planet earth, corruption in a particular industry started my journey
down the rabbit hole.I was a financial advisor from 1988 until 2000. I
taught average folks about the corruption in the financial services
industry and helped many families get out of debt and start a savings
plan, keeping as much of their hard-earned money as they possibly could.
In 2000, with the internet and its ease of access to information, my
knowledge expanded. I was pregnant with my third child and in
researching for my planned home waterbirth, I fell further down the
rabbit hole. I discovered the corruption in the birthing, health and big
pharma industries. I became a birthing professional and began to teach
parents and share my knowledge. As is inevitable once one starts down
the rabbit hole, I kept learned more and fell further – politics, oil,
energy, UFOs, education, wars, military, religious institutions,
chemtrails, fluoride, pesticides, GMO foods, hidden technologies and
sadly, much, much more . My perennial thirst for knowledge and need to
understand led to many, many hours of research. And then I figured out
one of the biggest secrets on our planet. *whispers*
It..is..all..connected. And..it..is..by..design.There is another truth I
have always known. This truth has grown in importance to a sense of
urgency for me these last few years. To quote C.S. Lewis, “You don’t
have a soul. You are a soul. You have a body.” When Jesus said that we
were made in God’s image, he wasn’t referring to the meatsuit we are all
test driving at the moment. He was referring to our soul. We have
incarnated on earth at this time to fight this last battle at the end of
a war against humanity that has been raging for eons. How glorious to
be here at this incredible time in human history!So Nicole, what does
any of this have to do with the One People’s Public Trust? Everything!
Because – it’s all connected! Get it? Virtually every industry on the
planet is corrupt. Money does that. Money creates greed which creates
hoarding, power and abundance for a few and scarcity and lack for the
majority. This creates a ‘service to self’ paradigm as most people are
exhausted just trying to survive. For years I have known that all of
these corrupt industries would be brought to their knees. I have shared
this with all of my friends and family and most have probably not
believed me, but I share anyway. The biggest question has been,
“How”?What has been incredibly complicated, time consuming and
challenging is in theory, actually quite simple. Laws, regulations,
statutes and codes were made unnecessarily complicated intentionally to
hide a system of corruption for the PTW (powers that were) to steadily
and secretly increase their wealth, power and control. All, including
persons, countries and governments were made into corporations and this
system of trickery was all hidden within commerce. Ultimately, there
should only be and will be only one law, ‘Do no harm’1 because as
spiritual beings, we answer to a higher law. We answer to our Creator.
So again, HOW do we reset these powerful, global systems? This seemingly
insurmountable task consists of undoing their systems through the same
method that they were created – through commerce. The many corrupt
‘corporations’ spread all across our planet have a legal foundation in
commerce that are all related. It started with the UCC (Universal
Commercial Code) and it ends with the UCC.

The One People’s Public Trust has spent years quietly and
meticulously filing all the documents necessary to remove the
foundations of the governing bodies and banking systems that have kept
the people in slavery. With no roots, even the mighty oak will quickly
perish and fall.

Understandably, the work the Trustees have been doing needed to be
done covertly. For their safety, while they researched, tediously worded
and reworded documents, filed papers and tested systems, the people
were mostly unaware of this project in progress. Specific instructions
about how to use these documents for our personal situations are soon
forthcoming. While many of us are anxious and impatiently waiting for
further details, I, for one, am deliriously happy that these
announcements were made sooner, rather than the announcements being
withheld until all further instructions were printed and ready for Joe
Human to implement. I will patiently wait in a vibration of gratitude
and love. The trustees have pledged ethical, full transparency and thus
far have proven to be precisely that.

Welcome to the first stage of the new paradigm! While waiting in the
next few days, please spend some time truly reflecting on how our lives
will be changed when there is abundance for all on the planet. Power,
war, crime, thievery, lack, hunger, fear and all things caused by money
and ‘service to self’ will be gone. Freedom, peace, love, gratitude,
trust, satisfaction and all things caused by abundance and ‘service to
others’ will be the norm. We will soon evolve to the next stage of the
new paradigm as have many of our Galactic brothers and sisters before
us.

In loving gratitude to all who have worked on freeing humanity, some
for many years, some at great personal risk, I thank you all. I love you
all.

Guest
Thanks 4 these continued updates & insights re TOPPT, Prpl!
All very encouraging and in deed REVELATIONAL... 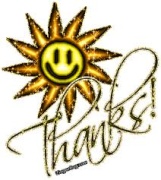 Posts : 578
Join date : 2012-11-13
Skyz, you woke up this skeptic. I have read all the postings and interviews done with Heather so far. Put another check in your "Souls Awakened" tally.

Admin
Posts : 90539
Join date : 2012-01-04
Location : Woodstock Nation
Raven I don't think it was me LOL
But isn't it interesting to see the flow of discontent and realization happening right now? I am most encouraged by it!!!
I also am receiving tidbits from those that have gifts of psy intuition telling me that our time is very near for the PP's and RV's.
I have mentally drafted my resignation letter to my place of employment. Hope I can present it very soon!!! Then I will be visiting a certain retreat with a roo lover to visit my star sis and bro. LOL

Posts : 578
Join date : 2012-11-13
Cool! I have no problem envisioning New Earth because I spent most of last year doing that. When The Date passed and I was mired in the tunnel I thought it was all a big hoax, but now I think differently and all my plans are still in place, including all the bulbs I planted in the fall because I intend to become a flower gardener! You and Nanneerose will of course have to come and see them! I'm going to post a photo for you on FB to help visualize. Onward and upward, we roll!