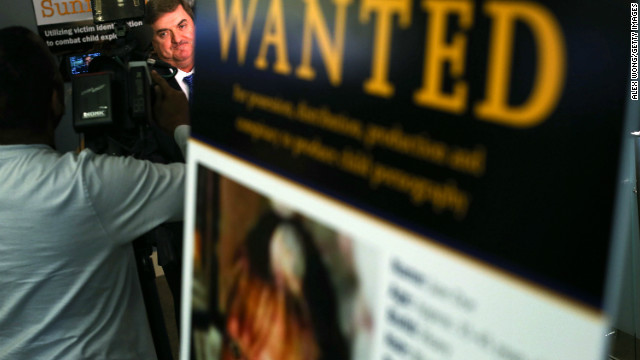 Washington (CNN) — An international operation led by
U.S. Immigration and Customs Enforcement aimed at child pornography and
sexual abuse has resulted in the arrest of 245 suspects, officials
announced Thursday. All but 23 of the suspects were apprehended in the
United States.

The agency said that during the course of Operation Sunflower, law
enforcement officers identified 123 victims of child exploitation and
removed 44 of those children from their alleged abusers with whom they
were living. The other cases involved victims who were exploited by
people outside their homes or children who were harmed years ago and are
now adults.

Several of the children were shockingly young. Five were under age 3.
Nine were between the ages of 4 and 6. Of the 123 victims, 110 lived in
the United States in 19 different states. ICE officials did not
identify the six other countries where victims were identified or where
some of the arrests were made, citing the need to work discreetly with
international law enforcement partners.

According to ICE, some of those arrested during Operation Sunflower were registered sex offenders.

Operation Sunflower was conducted in November and December, but
efforts are continuing on other cases. During a news conference, ICE
Director John Morton said the agency was calling on the public to
provide tips and mentioned several open investigations. One of those
cases involves the sexual molestation of an unidentified girl thought to
be around 13.

Investigators believe the abuse took place about 11 years ago, but
the pornographic images were widely circulated. ICE has posted pictures
of an unidentified woman and man suspected of abusing the girl on its
website. The woman has some distinctive tattoos that investigators hope
will lead to tips about her identity.

Based on a forensic analysis of the pornographic images in that case,
investigators think the abuse occurred in the Los Angeles or San
Fernando Valley area of California. Although the girl may now be an
adult, ICE officials want to identify and prosecute the suspects and
prevent them from harming new victims.

“Forensic analysis technology has become critical in the fight
against child exploitation,” Morton said. “We are coming across these
images on the Internet. They are being produced in one country but
shared literally around the world, often in real time.”

Morton said ICE works with other law enforcement agencies and with
the National Center for Missing and Exploited Children to look for clues
in the pictures of abuse to identify where the acts occurred and track
down the victims and perpetrators.

The name Operation Sunflower was chosen to commemorate a case from
2011 in which Danish law enforcement officials shared images and chat
board information about a 16-year-old boy who allegedly planned to rape
an 11-year-old girl. One image taken from a moving car showed a road
sign with a sunflower on it. ICE’s Homeland Security Investigations
determined that the road sign was unique to Kansas. Agents were then
able to find the exact stretch of road where the picture was taken and
to locate the girl.

Posts : 3471
Join date : 2012-02-10
Age : 63
Location : Florida
All these 'sick' bastards should, and need to be hung in public, while being castrated, chemically, or otherwise, just kill them- They have 'killed' the child's right to a 'childhood', or ever of having any chance at a normal,or eventful life- Kill the molesters, and be done with it-Why should we pay to support them the rest of their lives while in prison? Look at it this way, a .45 slug,a couple bucks, or keep them in prison, @ the cost of $50.00 a day for life, figure it out-

Admin
Posts : 90664
Join date : 2012-01-04
Location : Woodstock Nation
And I would like them to be kept alive and walked and paraded around from town to town from coast to coast in shackles where we can throw GMO tomatoes etc. at them so ALL can see what will happen to them if they hurt children and others. Killing them is giving them another life. They need to pay for this one first. Then once they are to weak to walk they will be used for medical research Mengala style. Even then they will not realize Karma.

Posts : 578
Join date : 2012-11-13
I'm going with my old standby for these creeps- The Vlad the Impaler punishment. Place them on a long pointed pole, butt first, and let them squirm to death, thereby receiving a direct and justified retribution for the pain they caused to small, innocent beings.

Disclaimer: I fully accept that by advocating this or any such retribution I invalidate my own personal ascension. It's a price I'm willing to play.