OUT OF MIND » DISCERNMENT REQUIRED - QUESTION EVERYTHING » KEVIN ANNETT & ITTCS » We Need to Change Our Focus!

We Need to Change Our Focus! 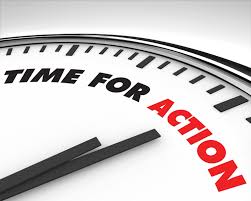 Something in the Clayton Douglas Interviews with Charles Miller and Heather Ann Tucci-Jarraf twigged when I listened this morning.

They said they, and particularly Heather, are solely focused on SOLUTIONS, rather than problems.

Sure, the first step to fixing something is always realizing or admitting there’s a problem, but if you never get past the problem analysis stage, you’ll never move on to the fixing stage. That’s “analysis paralysis”.

It’s all fine and well to visit blog after blog, website after website, watch video after video and listen to countless interviews about what the problems are, but at some point we need to stop wallowing in the negativity of all that—and in the case of Humanity’s current predicament with respect to our enslavement—and sit down and figure out what ACTION must be taken to correct the problem.

Each of us only has 24 hours in a day, and most of it is already claimed by jobs, family, commuting, maybe a little sleep if we’re lucky. If we want to be part of the solution rather than the problem, we need to manage our time constructively.

I think the initiative of those who have begun the OPPT blogs to wake people up in their respective communities is a fabulous idea. Who can’t use a template that’s already working? I’m sure if we’re looking, there are other opportunities, as well. Drake and Co. suggested joining a local militia and explained that they don’t just train with weapons. They are heavily involved in community service. Can you contact your local congressman and give him or her a piece of your mind? How about starting a Meetup Group in your town to let people know the true state of affairs? That’s free.

I want to take this opportunity to say that Drake has done a most admirable job of waking people up, of advising us of our rights, the content of the U.S. Constitution, and countless other critical things, and I admire he and his crew for putting their whole hearts and souls into that goal.

Drake has no control over what unfolds or when and takes a lot of flack for doing what he committed to do for no doubt what he believed would be a much shorter time frame than it has now become. He must be exhausted and wish he could be finished with this. I certainly would feel that way.

I also feel that those of us Drake has already prepared for battle are no longer raw recruits and it’s time to hit the trenches. Boot camp is over for us. What can we do, with whatever resources we have, to take action and work on solutions?

Will we be any more prepared to fight for our rights if we listen to one more vital update, read one more blog or watch one more video about the terrible things the Illuminati have in store for us?

Is The One People’s Public Trust a “distraction”? Or is the negativity spawned on numerous web sites a distraction from the solutions?

Some have decided they’re done “waiting” and are now following their divine guidance to join forces with those who have already begun to solve the problem. I think incredible things are going to come from that.

Knowledge is power, yes, but the Truth is the Truth and if we’ve been following this story for several months we know the Truth. It isn’t going to change.

WE are the ones we’ve been waiting for. How many times have we heard or read that?

The wait is over. We’re here! We don’t need to wait for the cavalry, or for money to fall down from heaven. The new consciousness is here.

Isn’t it time to use what we’ve been given to begin our new lives and bring freedom back; to work TOGETHER instead of creating warring factions in the same consciousness that saw us enslaved for eons of time? It’s our choice, isn’t it? We are free; Free to make that choice not to just BE, but to DO.

I have a feeling that many things are going to come to a convergence and all at once we’ll experience a breakthrough. Everything will happen almost simultaneously, but we need to start moving toward that pin-prick of a breakthrough rather than just waiting. The inertia is killing us!

D at Removing the Shackles felt that when she suddenly outed all the intel she’d been given over the past several months she was told to sit on. She felt the  need for movement; for change. The status quo wasn’t working for her.

Do we begin each day wondering what the cabal has done to us now, or what WE can do to prevent it?

We’re awake! Time to get out of bed and greet a new day! Time to focus on SOLUTIONS!

What can we DO to be of service to Humanity, rather than of service to self? Perhaps we’ll find that when we do the former, we’ll also create the latter.

Admin
Posts : 89910
Join date : 2012-01-04
Location : Woodstock Nation
Well I am just putting up things for all. Some may still find value to Drake, Fulford, etc. Just trying to keep everyone HAPPY!!!

Posts : 8256
Join date : 2012-10-03
Age : 52
Location : Australia
I like that post though and he's right focus on the solution not the problem. Focusing on the problem is giving the problem heaps of attention so it gets bigger. If you are against war be pro peace, it really makes sense! Just my opinion is all.

OUT OF MIND » DISCERNMENT REQUIRED - QUESTION EVERYTHING » KEVIN ANNETT & ITTCS » We Need to Change Our Focus!