OUT OF MIND » THE INSANITY OF REALITY » CABAL AGENDA & WORLD DOMINATION » The visible fallout has begun. Illuminati rats fight in the sack. Mutual assured destruction of evil syndicates.

There are many élite Satanist families staring down the legal vortex of exposure. Eyes up for the QE2 (Elizabeth Windsor – Elizabeth II of England) imminent abdication. The old reptilian bloodline families are trying to avoid the blame by getting out before the postman calls, and praying that the legal letters will be passed on to someone else.

The Rockefeller syndicate has destroyed the Bush syndicate (US Nazi-continuum) and is nearing completion (it thinks) of the destruction of the Rothschild fiat paper banking empire. But the Rothschilds are still standing and may flip-flop to the Light (real or theatrically) if push becomes shove. It’s rats fighting in the sack. Mutual assured destruction. Push is becoming shove and shove is becoming crunch.

Before the Rockefellers fled the US, they stripped the US Federal Reserve System of all major assets, just as previously they had stripped Fort Knox of all deliverable, non-tungsten, gold. Both these Rockefeller acts have caused the Chicago syndicate in DC (Obama et al) numerous day-to-day cashflow and legal headaches.

The 3/11 Japanese Tsunami (nukes on submarine fault line) was not a warning to Japan; it was a warning to the Rockefellers about their Fiji vulnerability.

All the royal families and their shadow banksters are bricking in the closet, afraid to go to sleep at night. Their worst nightmares are returning alive with an unclean bite to the heart.

CIA rogue faction pointman, US “Ambassador” Christopher Stevens, was calculatedly placed in danger on a baited hook in Benghazi to track who he would scream to for help. His screams led to the exposure of the syndicate behind the Japanese tsunami, and the constructed dismissals of twenty six senior US military and intelligence personnel, including David Petraeus, who were organically linked to the Nazi Odessa network headed by George Bush Sr.

The US Nazi-continuum was planning to start World War Three by sinking their own aircraft carrier groups in the Persian Gulf theatre 911-style and, with the help of AIPAC/Zionist Israel, to blame it on Iran. With some help from positive security factions in Old Europe, Russia, China and Turkey prevented this outcome.

There are important factions within the IMF and Interpol who are being very positive, now, in progressing global affairs towards the international currency re-sets and a benevolent, free-energy outcome for all.

Re: The visible fallout has begun. Illuminati rats fight in the sack. Mutual assured destruction of evil syndicates. on Mon Feb 11, 2013 3:59 pm

this site is my ONE-Stop Shop 4 the cruisin' NEWS
2 RV & BEYOND.... Blessings 2 ALL seekers of Truth, Wisdom, Peace, Redemption...

In His Love, Joy, Abundance... 7freemom 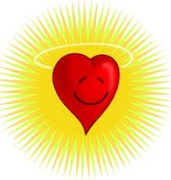 Re: The visible fallout has begun. Illuminati rats fight in the sack. Mutual assured destruction of evil syndicates. on Mon Feb 11, 2013 4:06 pm

To RV and Beyond for sure! LOL

have a wonderful day!!!

Re: The visible fallout has begun. Illuminati rats fight in the sack. Mutual assured destruction of evil syndicates. on Tue Feb 12, 2013 12:18 am

OUT OF MIND » THE INSANITY OF REALITY » CABAL AGENDA & WORLD DOMINATION » The visible fallout has begun. Illuminati rats fight in the sack. Mutual assured destruction of evil syndicates.