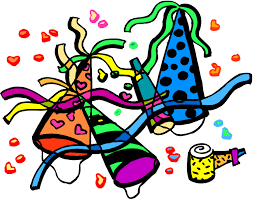 Thanks to the OPPT Canada crew for this delicious tidbit. Let the party begin!

This has GOT to wake up a few snoozers.

They sought the utmost secrecy in offshore tax havens. But now some
of the world’s wealthiest citizens are having their undisclosed
financial records laid bare.

An unprecedented leak of documents is revealing the closely guarded
investment information of more than 100,000 people around the world,
including hundreds of Canadians.

In what is believed to be one of the largest ever leaks of financial
data, the Washington, D.C. —based International Consortium of
Investigative Journalists has received nearly 30 years of data entries,
emails and other confidential details from 10 offshore havens around the
world.

CBC News has partnered with the ICIJ over the last seven months to
gain exclusive Canadian access to the information. Thirty-seven media
outlets in 35 other countries are also involved.

“This secret world has finally been revealed,” said lawyer and
international tax expert Art Cockfield, a professor at Queen’s
University in Kingston, Ont.


“I find it absolutely fascinating to get a look at this data dump. I
think this is the very first time where people like myself, and maybe
even government officials, have had access to this information.”

The files contain information on over 120,000 offshore entities —
including shell corporations and legal structures known as trusts —
involving people in over 170 countries. The leak amounts to 260
gigabytes of data, or 162 times larger than the U.S. State Department
cables published by WikiLeaks in 2010.

“What we found as we started digging in the records is a pretty
extensive collection of dodgy characters: Wall Street fraudsters, Ponzi
schemers, figures connected to organized crime, to arms dealing, money
launderers,” said Michael Hudson, a senior editor at the ICIJ, who
worked with a team for months to sort through the information.


If you have more information on this story, or other investigative tips to pass on, please email investigations@cbc.ca


“We just found a lot of folks involved in questionable or outright illegal activities.”

There was also plenty of information related to legal offshore
dealings. Offshore investments aren’t illicit as long as they are not
used to evade taxes or launder money.

As reported by CBC News yesterday,
the files show that a Canadian senator and her husband, one of the
country’s most prominent class-action lawyers, were beneficiaries of a
confidential offshore account in the Cook Islands that was used to make
investments via Bermuda.

In many cases, the leaked documents expose insider details of how
agents would incorporate companies in Caribbean and South Pacific
micro-states on behalf of wealthy clients, then assign front people
called “nominees” to serve, on paper, as directors and shareholders for
the corporations — disguising the companies’ true owners.

Often the companies were set up through intermediary law and
accounting firms, as well, adding a further layer of anonymity for
investors.


“These people have no idea whatsoever about the activities of the
companies that they are apparently responsible for. Now, this is a
complete travesty,” said John Christensen, director of the Tax Justice
Network, an international coalition that campaigns against offshore
finance.

“But it is actually crucial to this process of not revealing who the real person is behind the company.”

Sometimes these methods were used by figures with known links to
organized crime, arms dealers and ex-mercenaries. In other instances,
documents reveal tax dodgers funnelling money offshore, beyond the eyes
and arms of their nation’s treasury.


Many of the leaked records consist of emails between employees and
customers of specialty firms that set up and administer tens of
thousands of offshore companies.

One of those firms — Commonwealth Trust Ltd., based in the British
Virgin Islands in the Caribbean — was founded and, until 2009, run by a
Toronto native, Tom Ward. The company’s senior ranks included a number
of other Canadians. It mainly sets up corporations in the BVI for the
wealthy, charging around $2,000 a year per account for its services.


Another agency, Portcullis TrustNet, has offices on tropical islands
around the globe, including in the Cook Islands near New Zealand, as
well as the BVI, the Caymans, Mauritius, Samoa, Singapore and Hong Kong.
A former senior manager at the company is a Canadian lawyer.

Not all the firms’ leaked emails are strictly business. There’s also
hundreds of intra-office missives about cricket, after-work drinking
plans and the latest internet memes.

“I am getting some very funny looks as I sit here crying with
laughter at that one,” a TrustNet employee messages a co-worker after
watching a YouTube video that was sent around.

Another colleague describes a recent Monday evening trip to the bar
in an email to her mom: “What started out as being just one drink ended
up being 3 double bourbons and hello?! Can I just get drunk?! Haha.”

Up to $32 trillion stashed offshore


Offshore tax havens have existed for at least 100 years. While
there’s no firm definition, the International Monetary Fund says most of
what it officially calls “offshore financial centres” are distinguished
by:

By those terms, there are up to 80 tax havens in the world, including
such countries as Panama, Liechtenstein and Switzerland but also tiny
island territories like Jersey, Malaysia’s Labuan, the Isle of Man and
the Turks and Caicos.

Worldwide, the Tax Justice Network estimates that between $21
trillion and $32 trillion of private wealth is held offshore, out of
reach of national treasuries (a more conservative estimate by the Boston
Consulting Group puts the figure at $8 trillion). The international
organization says that translates to up to $280 billion a year in lost
taxes — twice what the world’s richest countries spend combined on
foreign aid.

Canada’s share of that, assuming it’s the same as the country’s
proportion of global GDP, would be about $7 billion, or a quarter of the
federal government’s projected 2012 budget deficit.

Countries have discussed ways to stem the tax drain to offshore
havens for years, but so far have been unable, or unwilling, to fully
plug the leak.

In last month’s federal budget, Finance Minister Jim Flaherty
promised to set up a system for tipsters to report offshore tax cheats.
Informants would get 15 per cent of the recouped tax in cases where the
Canada Revenue Agency recovers more than $100,000. The government
estimates it could recover hundreds of million in revenue. But the
Tories also cut $47 million a year from the budget of the Canada Revenue
Agency.

If you have more information on this story, or other investigative tips to pass on, please email investigations@cbc.ca. You can also send mail to: CBC Investigations Unit, 205 Wellington St. W., Toronto, Ontario, M5V 3G7