WE ARE STAR PEOPLE: Scientific proof we were created by aliens 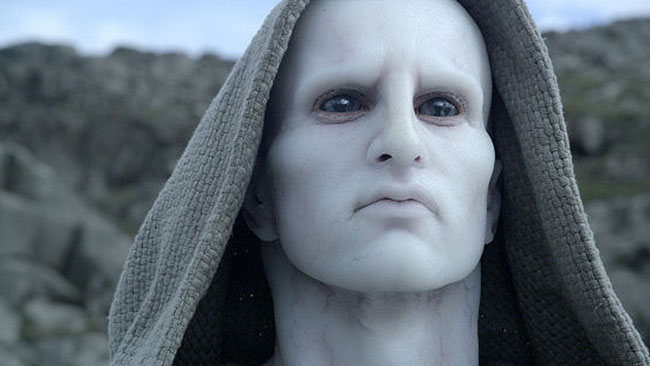 So, this is alarming... The Engineer could be our creator. Even more disturbing, sci-fi film Prometheus could be accurate.


DON'T be alarmed, but you have alien DNA in your genetic code. Science says so.

Scientists from Kazakhstan believe that human DNA was encoded with an extraterrestrial signal by an ancient alien civilisation, Discovery.com reports.
They
call it "biological SETI" and the researchers claim that the
mathematical code in human DNA cannot be explained by evolution.
In
a nutshell, we're living, breathing vessels for some kind of alien
message which is more easily used to detect extra terrestrial life than
via radio transmission.
"Once fixed, the code might stay unchanged
over cosmological timescales; in fact, it is the most durable construct
known," the researchers wrote in scientific journal, Icarus. "Therefore
it represents an exceptionally reliable storage for an intelligent
signature.


"Once the genome is appropriately rewritten the new code with a
signature will stay frozen in the cell and its progeny, which might then
be delivered through space and time."
The scientists also claim
that human DNA is ordered so precisely that it reveals an "ensemble of
arithmetical and ideographical patterns of symbolic language".
Their
research has led the scientists to conclude that we were invented
"outside the solar system, already several billion years ago".
The thesis supports the hypothesis that Earth is the result of interstellar life forms distributed by meteors and comets.
So if we are just vessels for alien communication, exactly what kind of secret message are we carrying in our DNA?
And if we were the creation of aliens, who created them?