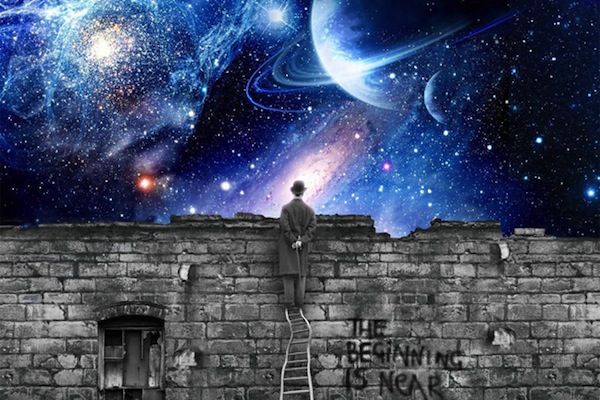 We suffer under a pornography of fear, it’s a state sponsored
religion, a “blackwash” driven by the agenda oriented bent media that
seeks to manipulate people’s ideas and feelings. Fear is how they
attempt to subjugate you. We don’t need it infesting our minds and
emotions. Most of what you see in the mainstream media’s news is
propaganda designed for you to give up your power to the government and
the ideals of the foreign infiltrators.

The word “pornography” comes from the Greek word “porneia” which can
be translated as “fornication” or “immorality”. And fear mongering is an
unwanted fornication, a form of rape, as it penetrates your mind and
alters your emotions usually for no reason at all.

It is immoral to scare people for financial reasons or political gain
and control. Refuse to be powerless or intimidated, stand your ground
and turn the news off, but not before you write in large letters on your
TV…. ”F… you and your little dog too.”

The ghouls fire fear as a black mist or cloud. The status quo is a
3-D worldly manifestation of the inner world ghouls, so they operate in
tandem. If you feel fear don’t let it linger. Affirm you are strong and
brave, look at celestial pictures, put on celestial music, walk in the
park, touch a tree, admire an animal in a field. Call a friend you love.
Do stuff to get you out of the fear, as almost all the fear you feel is
not yours, it’s not real, it’s fired at you by others–ghouls, humans.

Humanity will only be saved from the
imposed narcolepsy of the morons of the fascist state by millions of
people resisting. Blow love at the creeps, it really hurts them and
crashes them down, it makes them sick because it breaks their codes.
They can’t accept love, they think it’s something to do with their
willy–tee hee.

Sabotage the Matrix whenever you can, blowing love is one way. I
paint Christian crosses with my fingers on walls and lamp posts. I slide
the prayer cards in cracks in walls. Make some holy water with prayers
and lavender, and sprinkle it in the corners of every room where you
live. Put some in a spray bottle for when you are out in the street, you
can disinfect areas with it. Spray the stones in graveyards but don’t
do it at night, too dangerous.

Don’t let the system fornicate with your heart and mind, whisper silently “We have come to crush you, embrace love or perish”.

I know a vile pedophile that abuses little boys, he’s arrogant and
mean and full of spite. He attacks people scaring them, he’s very
emotionally violent. I saw a pulse of light oscillating in the hallway
of his house, it was 3.03 a.m. It came to strip him of his ghoul
protection. That was six months ago, he is dying of cancer now. All his
life was a cancer on others. I mention this because all the fear is
being taken away.

Things will feel much clearer and lighter soon, very soon. The pulse
of light I saw travels round the globe, as each spot on earth reaches
3.03 am, a little more of the divine clean up takes place.