10 Signs The Takedown Of Paper Gold Has Unleashed An Unprecedented Global Run On Physical Gold And Silver Thu Apr 18, 2013 10:02 pm 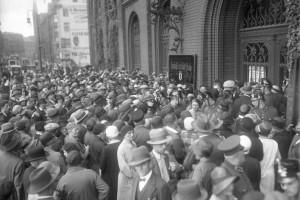 The
crash of the price of paper gold on Monday has unleashed an
unprecedented global frenzy to buy physical gold and silver. All over
the planet, people are recognizing that this is a unique opportunity to
be able to acquire large amounts of gold and silver at a bargain price.
So precious metals dealers now find themselves being overwhelmed with
orders in the United States, in Canada, in Europe and over in Asia.
Will this massive run on physical gold and silver soon lead to
widespread shortages of those metals? Instead of frightening people
away from gold and silver, the takedown of paper gold
seems to have had just the opposite effect. People just can't seem to
get enough physical gold and silver right now. Those that wish that
they had gotten into gold when it was less than $1400 an ounce are able
to do so now, and it is absolutely insane that silver is sitting at
about $23 an ounce. If the big banks continue to play games with the
price of gold, we are going to see existing supplies of physical gold
and silver dry up very quickly. And once reports of physical shortages
of gold and silver become widespread, it is going to absolutely rock the
financial world. But this is what happens when you manipulate free
markets - it often has unintended consequences far beyond anything that
you ever imagined.

The following are 10 signs that the takedown of paper gold has
unleashed an unprecedented global run on physical gold and silver...

#1 According to Zero Hedge, the U.S. Mint set a new all-time record for the number of gold ounces sold on Wednesday...

According to today's data from the US Mint, a record 63,500 ounces, or a whopping 2 tons, of gold were reported sold on April 17th alone, bringing the total sales for the month to a whopping 147,000 ounces or more than the previous two months combined with just half of the month gone.

#2 Precious metals dealers all over the United
States are having a really hard time keeping up with demand right now.
According to Chris Martenson, many are warning customers to expect waiting times of five to six weeks at this point...

In the U.S., all of the dealers I talk to are reporting
huge demand and brisk buying. Silver in any form is quite hard to come
by unless you want to pay premiums of 20%+ per ounce above spot price.
Delivery times are 5 to 6 weeks out now – that's an unusual
situation. If this recent slam was designed to scare people away from
gold, it did not have that desired outcome; in fact, just the opposite.

#3 Individual dealers all over the country are
confirming that we are seeing a voracious appetite for precious metals
at the moment. For example, the following is what a spokesperson for JM Bullion had to say...

We still have certain things in stock, like 10 oz bars, while others, like Silver Eagles, are a bit of revolving inventory.

The shipments are going out as soon as inventory comes in.

Our main challenge right now is actually getting the silver into the boxes and shipped out – we have been experiencing astounding volume.

This appears to be a widespread phenomenon. Just check out what other dealers are reporting...

“There has been a marked increase in demand since the
plunge,” said Mark O’Byrne, executive director at Dublin-based
investment and bullion specialist GoldCore, referring to the drop in
gold prices seen Friday and Monday. Gold futures lost more than $200 an
ounce, or over 13%, on those two days. They were at $1,392 an ounce,
moving higher ahead of the close on Thursday.

GoldCore has seen more buying than selling on Wednesday and Thursday,
with buy orders “lumpier and from high net worth clients, and with most
of the selling in small orders of less than 50 ounces, said O’Byrne.

On Wednesday, David Beahm, executive vice president at Blanchard
& Co., said his precious-metals investment firm has seen “2008-like
demand” for gold since Monday.

#4 Large international banks are also experiencing
tremendous demand for physical gold and silver by customers right now.
The following is what Keith Barron told King World News about what he is hearing...

At the Bank of Nova Scotia in Toronto the gold window has
been absolutely swamped. I have confirmed there were people lined up in
droves recently for multiple-hours at a time to buy gold and silver
bars and coins....

I then confirmed with UBS today in Zurich, Switzerland, that they are
experiencing exactly the same thing. They told me people are waiting in
long lines for bullion related bars and coins. The physical market is
incredibly tight, and there is a huge buying opportunity right here.

The damage in gold will not be long-term because physical supply is
already drying up. Asian countries have been aggressively buying gold.
This really is an unprecedented opportunity for investors. This takedown
in the metals has created incredible demand for both gold and silver,
and anyone who wants to unload dollars or euros and put them into gold
because they don’t trust the currency, now is the time to do it.

#5 The demand for physical gold and silver is heating up over in Europe as well. For example, the following is from an emergency message posted on the website of a precious metals dealer in the UK...

Due to the unprecedented demand triggered by the recent
fall in the Gold Price we are currently not able to guarantee Next Day
Delivery of orders.

We anticipate that all orders will be delivered within 7 days of receipt by us.

Whilst we appreciate that these delays are frustrating for our
customers we would like to stress that all accepted orders are
guaranteed at the order price and will be dispatched as soon as
possible.

It is necessary for all of our staff to be utilised in fulfilling
orders and we ask for your cooperation by not calling us to query
delivery times. If you do need to contact us, please do so by e-mail and
we will endeavour to respond within 48hrs.

#6 On the other side of the globe, demand for precious metals is skyrocketing as well. According to Bloomberg, people are "running through the gate" to get gold in Australia...

Gold sales from Australia’s
Perth Mint, which refines nearly all of the nation’s bullion, surged
after prices plunged, adding to signs that the metal’s slump to a
two-year low is spurring increased demand.

“The volume of business that we’re putting through is way in excess
of double what we did last week,” Treasurer Nigel Moffatt said by phone,
without giving precise figures. “There’s been people running through
the gate.”

#7 Reuters is reporting that customers are waiting for up to three hours to buy gold in Japan...

A week ago, as the yen-denominated price neared a new
peak, jewelry stores and gold merchants across Japan saw long lines of
mostly older Japanese looking to cash in on unwanted jewelry and other
items that they had held for years.

But on Tuesday, buyers outnumbered sellers by a wide margin. At Ginza
Tanaka, the headquarters shop of Tanaka Holdings, gold buyers waited
for as long as three hours for a chance to complete a transaction.

#8 According to a Chinese article quoted by the Blaze, there is a mad rush to buy gold in China right now...

People have to rush to buy gold … gold
bullion out of stock yesterday, investors yesterday to spend as much as
600 million yuan to buy 20 kilograms of gold bars

The mad pursuit gold insufficiency
is not just a game for the rich. Yesterday, the Yangcheng Evening News
reporter learned from the East flowers to Bay store, many growers, pork
traffickers, fishmonger recently put down his job went straight to the
mall to buy gold.

#9 According to Reuters,
dealers in Singapore are having significant trouble finding enough of a
supply to keep up with the intense demand for gold that has erupted
this week...

"People are actually buying everything, gold bars, gold
coins. People are rushing to get a hand on it. We have a problem meeting
the demand because we are unable to get new supply," said Brian Lan,
managing director of GoldSilver Central Pte Ltd in Singapore.

#10 Bloomberg is reporting that over in India people are "flocking to stores" to purchase gold jewelry and coins...

Gold buyers in India,
the world’s biggest consumer, are flocking to stores to buy jewelry and
coins, betting a selloff that plunged bullion to a two-year low may be
overdone.

“My daughter is just six months old, but I think it is never too
early to buy gold,” said Sharmila Shirodkar, a 28- year-old housewife,
while displaying a new pair of earrings she bought from a store in
Mumbai’s Zaveri Bazaar. “I had been asking my husband every day if
prices will go down more. I couldn’t wait anymore.”

If the big banks were trying to scare people away from gold and silver by crashing paper prices for those metals then they have utterly failed.

Instead of being frightened away, the global appetite for physical gold and silver is now more voracious than ever.

If the prices for gold and silver stay this low, we are eventually
going to start seeing some very serious shortages in the marketplace.

And once reports of shortages of the actual physical metals become
widely circulated, it will cause an "adjustment" in the marketplace that
will shock everyone.

So hold on to your hats. We are entering a period of time when there
will be unprecedented volatility for the prices of precious metals. It
will be quite a roller coaster ride, but if you can handle the ups and
downs it will be worth it in the end. 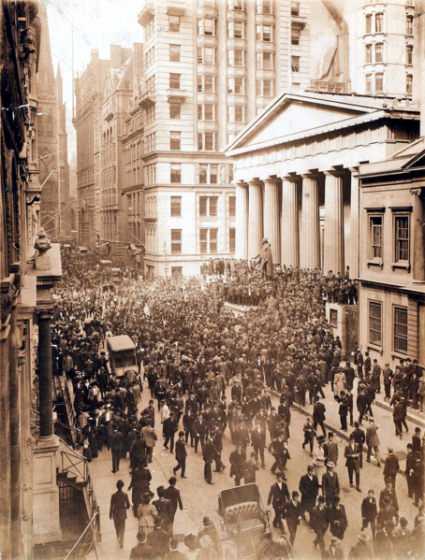