OUT OF MIND » PERCEPTUAL AWARENESS » THE SHIFT IN CONSCIOUSNESS » Federal Reserve Refuses to Submit to an Audit of Germany’s Gold Held in U.S. Vaults

Federal Reserve Refuses to Submit to an Audit of Germany’s Gold Held in U.S. Vaults 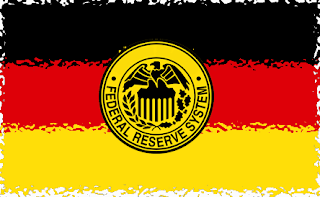 Federal Reserve Refuses to Submit to an Audit of Germany’s Gold Held in U.S. Vaults
by nsnbc

Dr. Long Xinming (4M),- The German government has been storing about
half of its gold supply with the US FED, apparently in the NYC FED
vaults. Germany decided to bring home all its gold, but the FED has said
that isn’t possible to do, and it would need until 2020 to be able to
accomplish the transfer.

The German government then asked to visit the FED vaults to inventory
the gold and determine its actual existence, but the FED refused to
permit Germany to examine its own gold. The reasons given were
“security” and “no room for visitors”. And nothing else.

Germany did finally send some staff to the FED, and they were permitted
only into the vault’s anteroom where they were shown 5 or 6 gold bars as
representative of their holdings, and were permitted nothing else.

They apparently came a second time, and the FED did open only one of 9
rooms and let the Germans look at the stack of gold, but were not
permitted to either enter or touch. And they returned home.

There has been speculation for a long time, that the FED doesn’t
actually have much gold, that it has either sold it off, lent it out, or
used it as collateral for borrowings. Either case, there are many
claims that the gold that is being stored on behalf of many nations,
doesn’t actually exist.

And nobody, other than FED staff, have actually been permitted inside
the vaults to see or inventory any of the gold. There is no evidence
that the gold actually exists, other than the word of the FED.

Even more, the situation is the same with the supposed gold depository
at Fort Knox. Nobody has seen the gold there for a very long time.


The last audit, and the last public visit, was in 1953, just after U.S.
President Dwight Eisenhower took office. No outside experts were allowed
during that audit, and the audit team tested only about 5% of gold
there. So, there hasn’t been a comprehensive audit of Fort Knox in over
60 years.

In 1974 six Congressmen, one Senator and the press were allowed to enter
Fort Knox to see for themselves if the gold was there or not. The tour
showed that there was gold in Fort Knox but, all the same, it sparked
even more controversies.

Only a small fraction of the gold reserves were made available for
viewing, and one Congressman published a report saying that the gold
bars held in the fort may have been less heavy than would have been
expected.

During the past two years, several US politicians have claimed that
there is a high chance that neither Fort Knox nor the FED have any gold,
or perhaps only a very small amount, and have demanded a full and
public inventory and testing, but the FED have resolutely refused.

I have no idea what to make of this. There was another incident last
year when Goldman Sachs were proven to have been selling gold
certificates to the public, ostensibly backed by real gold in their
vaults, but the story leaked out that they in fact held no gold at all,
and were doing “fractional reserve” gold banking, on the basis that few
people would want to claim their gold at any one time.

Even worse, Goldman were charging customers storage fees for the gold
that didn’t exist. Also, do you recall the information I circulated
around the middle of last year, documenting the immense gold theft the
FED pulled on much of the world during WW II?

The FED came to all countries in Asia, Latin America and Africa and told
them their gold holdings might not be safe because of the war, and they
should permit the FED to take all of it to the US for safekeeping. Many
countries obliged, receiving FED gold certificates in exchange, but
when they later tried to cash in those certificates and reclaim their
gold, they were told the certificates were fake, that they contained
spelling and other mistakes which the FED would never have made, and
that the serial numbers were wrong. And the FED still has all that gold.

They even did that to Chiang Kai-Shek, taking all of Taiwan’s gold –
that had been looted from China – and never returning it. The last I
heard, Chiang’s wife was still trying to recover her gold from the FED.

Apparently a few people have been successful in presenting their
certificates to the FED, with documentation that was irrefutable, but
even in those cases the owners were forced to settle for only 1% or 2%
of the actual value. And most other people or nations who attempt to
redeem these certificates are arrested by the FBI for fraud – at the
request of the FED.

Late last year, a Canadian businessman had some of these certificates
and tried to use them as collateral for a loan, and the FED had him
arrested, extradited to the US, and charged him with fraud. Insiders
claim this is common practice to frighten every one away.

I’ve inserted here a graph that shows the increase in the FED’s gold
supply during the war. It also shows the amount decreasing heavily
later, so perhaps some of the gold was returned, but it appears there
was a great deal that never was.

For many years after the war, the FED denied these transactions and even
denied the existence of these certificates. But a crashed US military
plane was found in the Philppine jungle with heavy wooden boxes full of
metal containers, all with FED markings, and all containing hundreds of
billions of dollars of these same certificates. That was when the entire
story finally became public, but the Western media have never cared to
report on it.

I have many photos of the content of that aircraft, of the boxes and the cans and the certificates, if anybody cares to see.

Some people claimed this was a CIA counterfeiting operation supported by
the US government, as an attempt to just steal the gold from many poor
nations.

Via The 4th Media

Dr. Long Xinming is the founder and senior editor of bearcanada.com. He is a frequent contributor to nsnbc international and our partner media The 4th Media in Beijig.
URL: http://wp.me/p3dxDt-6FD

OUT OF MIND » PERCEPTUAL AWARENESS » THE SHIFT IN CONSCIOUSNESS » Federal Reserve Refuses to Submit to an Audit of Germany’s Gold Held in U.S. Vaults