Emerging and Educating Those Around Us 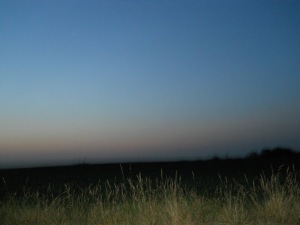 I’m
going to give a short update before returning to other aspects of this
delightful spiritual work. Plenty of people have pointed out and
built-upon the incredible drive to introduce and enact change on this
world, and along with this drive I’m personally feeling an even stronger
drive to fully anchor the higher realms to the surface of this Earth.

Hearing more about the Cities of Light in the recent messages from
Genii Townsend and Goldenlight (1), (2), I feel more excited than ever
to really work to help those cities descend down upon this Earth.

I am ready to work to educate the public on the very existence of
those cities (and on so many other things). I am ready for the Earth
public to know not just of the bad things the cabals have done, but of
the truly wonderful and incredible things our ascended brethren have
been doing for us for centuries.

The truth has long come out and been exposed; it is simply that those
of us who have picked up on and accepted this truth are now waiting for
the rest of the public to awaken to them. We cannot blame those around
us for still existing in states of unconsciousness and unawareness as to
them, physical and concrete Life is moving along as normal and while we
perhaps feel it a tragedy that those around us are still stuck in the
depths of unawareness; I’d bet that they don’t feel it is so.

Those around us are awakening in their own ways and just as Jennifer
Hoffman recently did, I would encourage us all to let those around us
smooth into their awakening rather than trying to push them into it. (3)

Even saying that presents a paradox of sorts for me personally
(though it is truth) because again, I am more than ready to educate the
public and help them to awaken.

This, my friends, is why we are working to continue to raise the
Light quotient upon the surface of this Earth; because our doing so will
be and has been helping those around us as well as the entire public to
awaken to the truth of our existence and to the illusory reality that
has been Created right under our noses, which so many unknowing souls
are still feeding into.

As has been said endlessly by this point, it’s time to really get to
work. It’s time to work on educating those who care to hear what we have
to say, as well as increasing the purity of Light we give out in every
moment so that those who don’t want to hear it eventually will. The
Light is quite literally changing the perspectives of a plethora of
souls who have been stuck in the illusions of physicality, pain and
limitation, and we can freely give this Light along with educating as
many awakening souls as possible.

In a recent writing, I spoke of the need to break out of our shells
and emerge, and I should remind everyone reading this that that
discussion was inspired entirely by Steve Beckow and his expressed
viewpoints on emergence. (4)

I am not the first one to present the idea and necessity of emerging
from our shells, but I will happily build upon that idea as much as
possible in an effort to inspire each one of you to “break on through to
the other side” to quote the Lizard King. (5)

I’m seeing in nearly every moment, the instances where I don’t allow
myself to emerge; where I retreat back into my personal comfy shell and
allow otherwise-important exchanges with others to fall by the wayside.
In the same vein, I have been working to see beyond the measures and
limitations I had originally planned for myself to exist under, and I’ve
made more of an effort to communicate with people.

Communicating with another feels just great; be it with a family
member, a close friend or even a stranger you may meet. Last weekend, my
family and I went to check out some Native American markets that were
being held in the museum of the Cahokia Mounds, and I connected with so
many dear people (one in particular whom I had a great discussion with
about music and the falsities perpetrated and passed-off as artful
music) who I would not have connected with were I not making an effort
to break out of my shell.

Of course, it wasn’t much but it was a start for me. I even had a
short conversation with a man who is a part of a committee working to
secure parts of this area with Cahokian mounds in them so that they can
be preserved and while being short, it was a great chat indeed.
Ordinarily, I would not have done that but with the pure energies and
resulting inspiration I’ve been feeling, anything and everything seems
possible.

Currently, I exist under such excitement; such enthusiasm; such
readiness to fully anchor the new paradigm unto the surface of this
Earth. As I expressed to my fiancé this morning, I’m practically jumping
out of my skin!

So, this is where I am at in this moment. From a certain standpoint,
things truly seem better than ever and while we are all still dealing
with a difficult and testing Earth experience (myself included), a
general sense of Light/ease has breezed through and I have to say that
it’s really helping me build upon everything that’s been felt and
discussed as of late.

It is hoped that what I’m feeling will motivate you readers to stand
up and take action to begin building our new paradigm in any ways you
can, and I trust that many of you are feeling the same inspiration and
Light as I have been. Enjoy it and nurture it, for it is only to grow!

(2)- “Council of Angels, Archangel Michael and Archangel Raphael via
Source: 5th Dimensional Frequencies and the Cities of Light” at:

(4)-As an example – “Steve Beckow: The Significance of Emergence at this Time” at:

(5)-Jim Morrison of “The Doors” was referred to as The Lizard King,
and The Doors wrote a song called “Break on through (to the other
side)”. Info can be found at: