OUT OF MIND » PERCEPTUAL AWARENESS » THE SHIFT IN CONSCIOUSNESS » I’m Awake – Now What Do I Do?

Many people ask about this or something similar so here’s some
thoughts on the subject. I don’t mean to tell anyone what to do, as
that’s completely contrary to consciousness and conscious development,
but I will share my understandings at this point and my passion for
Truth and you can do what you like with it.

“What do you say to people who have woken up but can’t leave the system because of family and friends?”

This and those like it pose a very broad question since we’re all
different and need to be led of our own convictions. However, the answer
is fundamentally similar in every case.

Do what consciousness tells you.

There’s really no time for fiddling around once you’ve found what you
know to be the Truth, which is always something clearly outside the
realm of what you’ve been indoctrinated with. It’s always life altering.
And if it isn’t, you didn’t hear correctly or it fell on deaf or
distorted ears in some fashion.

I don’t want to be counted amongst the deaf or unresponsive. Do you?

Especially when you found out that that’s exactly what perpetrates
the big lie you found out about–a compliant, non-awake populace.

System Dependence is the Name of the Game


That’s the trouble with the “system”, it teaches dependency,
hierarchy, and rote, taught knowledge, where your choices are carefully
narrowed down to “acceptable” alternatives within carefully confined
parameters.

That’s why people feel like fish out of water when they wake up. They
never learned how to truly think freely, nor did they have the
knowledge tools. Instead, most everything was reversed, scrambled,
confused and filed away in seeming useless obscurity while their
particular “Truman Show” marched on.

The result is not just a marginalization of empowering Truths into
the catch-all dustbins of “conspiracy theory” or wing nut stuff, but
worse yet, the system does not cultivate original thought or true
personal freedom or responsibility.

That wake up in itself is enough to send anyone on a quest for Truth.

The real Truth is not an option in such a controlled environment. Oh,
you get smatterings of truths, but drawing awake and aware conclusions
is not an option to humanity’s would be Controllers. And do know, they
work hard at blocking any such understandings never mind conclusions.


When someone awakens to the true nature of the manipulated world we
live in, as well as the vast resources for Truth at our immediate
conscious fingertips, it takes some doing to fully realize what that
information means, as well as the vast implications on your personal
life.

It can hit hard and may need some time to be digested. It can also be quite disturbing at first, but that will pass.

How it affects each of us individually is really a question of simply
putting what we’ve learned into action and trusting the Universe for
the consequences. I don’t think there’s time for much else. In fact,
there never has been.

If you know the Truth, what are you waiting for?

While many are hoping for some kind of soft-pedaling of any kind of
action call, it’s not a set formula. You just find out, and you
react..consciously. And just that takes some doing, breaking off the
rust of your True Self to animate and start to call the shots that were
previously hindered by life long programming.


For me the full wake up took on many stages of development, but the
full blown realization of the vast extent of the manipulated lie and its
fleshed out intricacies was a head splitting explosion that blew me
past the pull of convention’s gravity so fast I’m still grinning from
ear to ear as I zip through the universe!

The point there being, the wake up takes on many forms and evolves.
What gives the wake up traction is commitment, putting feet to your
realizations and keeping on in spite of opposition.

You think TV’s bad? Turn it off. Banks are a rip off? Get out except
for perhaps necessary operating funds if need be. Trapped by the
ownership of housing, “might needs”, and all kinds of dumb stuff?

Dump everything you can, if that’s your understanding.

Knowing “stuff owns you” is fundamental to consciousness. We all get there, but it depends on our enthusiasm…or “spirit in us”.

How many respond to just that? 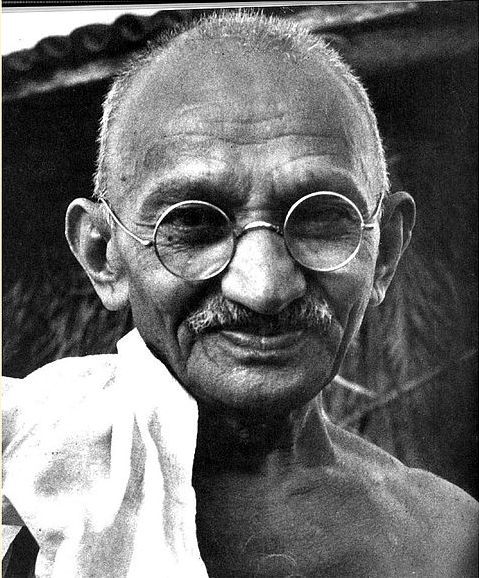 Do What You Know or Face Confusion


Until people put into action what they already know, there isn’t
going to be much more to follow for them. Just a lot of flailing about
in frustration because we don’t do what we already know we should do and
are looking for excuses or compromised solutions to assuage our guilty
conscience and hopefully preserve our personal status quo.

That also includes getting right with people, making relationships
honest, and disengaging from situations of compromise. It takes
courage.

Know You Are Nobody–Yet Everybody


All this is a whole lot easier when you realize you are nobody. There’s nothing to defend.

Your old senses of self were the very strings the lying matrix played
upon. Get conscious and the sirens of the system don’t affect you
except peripherally.

Conscious awareness is number one realizing and seeing through the
higher level of awareness that is detached from this life’s experiences,
and thus free us to discern and identify without attachment what your
life experience is.

Seeing through those eyes will bring tremendous peace and understanding.

Get Along But Don’t Compromise


Don’t fret the next steps. If the universe is so vast and full of
infinite possibilities there’s going to be something for everybody. Our
job is to find it and when we find it, act on it. No, it’s not the
“safe” way, or the “accepted” way.

At all. We do what we have to do and thus break free.

In reality the parasitic system has been sucking you dry and lying to
you and everyone you love. You now no longer owe it any allegiance and
can and should disengage any and every way you can. No guilt trip
necessary. You are doing what is right.

And that is not contingent on relationships, financial security, self image concerns, or what have you.

So get any and all attachments possible out of play. Happily. You are freeing yourself from the spider’s tentacles.


When you’ve resolved to go ahead and “make the break” with convention
and stand up for what you know is right, it leads to a new lifestyle.
How do you think these wonderful websites were formed of like-minded
people who found each other and decided to make an impact with videos,
interviews, articles, participation in events, etc?

How were Gandhi, Martin Luther King or other world Truth bearers
including the present day alternative luminaries birthed from their
previous lives?

Something gelled, made total sense, resonated, and they just
committed. These Truth enthusiasts on the internet also somehow found
each other and it clicked. It’s all about responding to the need and
call and openly networking…true response-ability.


I read this fantastic analogy and it’s never escaped me.

Finding out the whole truth is like putting on these amazing Truth glasses, much like the movie “They Live”.

Here’s how they work:

#2. You can’t force someone else to put them on.

If you’ve found and put on the glasses, that will make total sense. If you haven’t, keep searching.

Let your heart lead you.

In the words of Lao Tsu:

At the center of your being you have the answer; you know who you are and you know what you want. – Lao Tsu

More on waking up:

Are You Alone – Or Strategically Placed?

OUT OF MIND » PERCEPTUAL AWARENESS » THE SHIFT IN CONSCIOUSNESS » I’m Awake – Now What Do I Do?