OUT OF MIND » PERCEPTUAL AWARENESS » THE SHIFT IN CONSCIOUSNESS » Humanity 101: What Happened to Our World?

Humanity 101: What Happened to Our World?


Humanity 101: What Happened to Our World? 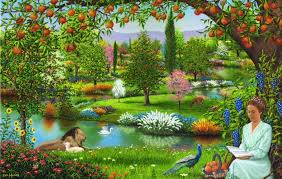 Presented in the parable below is the problem as well as the solutions. (with light editing)

Thanks to The One People – New Zealand Facebook group for sharing this.


Once upon a time, in a Galaxy far, far away, lived a race of powerful
beings on a beautiful, vibrant planet. This planet was primely
positioned to a great central Sun enabling it to facilitate countless
forms of life; life was good.

Through time the inhabitants of this planet went through many cycles
of creation and destruction until eventually, they began worshiping
false gods and forgot just how powerful they truly were.

You see, these beings were capable of projecting their envisioned
realities and after a while, the reality they began to experience was
slowly and methodically being orchestrated without their knowing. The
reality that began to take place on this precious sphere in the cosmos
was a reality that had been fed to their society without their conscious
awareness to such a sinister degree, that it had all been taking place
under the guise of their own benefit; it was easier that way.

These powerful beings were projectors, consciousness conductors, and
their minds and daily intake created their collective reality. This was
known, and primed to take advantage of. So began the clever assault on
their senses by the occupying forces that be. These forces understood
that if the inhabitants themselves had the power to manifest reality
through their daily intake, it could be said controlling their daily
intake would control them.

Their psyches were flooded with images of doom and destruction, and
sure enough they began projecting a reality of exactly that, leaving
them in a state of paralyzing fear. Little did they know that rather
than reality affecting them, they were affecting reality, and if they
ended this harmful intake in their present moment and focused on love,
they would create love —they would create more of what was focused on.

However that did not serve the powers that be. Their agenda was the
complete and absolute control of the planet and their inhabitants; for
their own selfish, sinister and evil plans, and so continued the
unprecedented assault of their minds, through their senses, for
lifetimes to come.

They were inundated with images, sounds and texts on a subconscious
level, clever persuasions were implemented, and as a collective, they
had absolutely no idea what was transpiring. You see, all this took
place under the illusion of advancement and opportunity, allowing it to
seem as though they were evolving from monkeys, when truth remained,
they were evolving INTO monkeys.

Soon after, the nutrient-rich food their planet so miraculously
created for them was taken over and replaced with food-like substances,
re-engineered, void of nutrients and filled with toxins—all under the
guise of convenience, of course.

This quickly caused poor health, obesity and poor cognitive
development. The information they began to receive became distorted
through the ages, giving them a poor understanding of their true
identities and lack of true knowledge. Generation after generation the
plan continued until a majority of the inhabitants were cleared of the
wisdom, magic and well- being that was the very foundation of their
existence.

Since this silent war was waged on their daily intake, they were
bombarded with images of war, guns, violence and sheer desperation under
the name of entertainment. This was an advancement: pay no attention to
the man behind the curtain. Their consciousness was filled with
duality; white-black, man-woman, wealthy-poor, all in an effort to
create the opposite of unity; Separation.

Through their politics (poly meaning “many”, and ticks being a word
they used for particular “blood sucking organisms”) they created their
ultimate divide. This was seen in many of their physical recreational
activities as well; constant competition. Their education system was
designed to be a trap, they learned subjects that quickly became
antiquated by the time they entered the job markets and were left with
high debt from all the loans they received, only to find that their job
market was on a steady decline, and for most, survival and paying back
debt became their prime concerns.

This was quite a dangerous place for the inhabitants to be. How could
such a thing take place? Unfortunately these beings got lazy. They
began to take life for granted and allowed it to happen, and through the
concept of time they were erased of their essence and true origins.
They had no clue of their power; they gave it away.

What they consumed in every way on a daily basis, including that on a
subconscious level, was shaping the reality they were experiencing. Yet
these inhabitants were divine, so by their nature many began to see
that something was wrong; something was clearly not right. Many of the
originals who had voiced their concerns were either outcast or removed
through various means, while continuing to maintain society’s view of
advancement and orderly “conduct”.

They had been in such a trance for so long, they weren’t immediately
able to point out how their reality was being influenced. Their
perspective wouldn’t allow them to see that if they ended the attack on
their senses and ceased watching and participating in the transmissions
that they were being barraged with and simply focused on expressing
themselves through their passions that this was a key.

This collective expression of awareness and responsibility was a
vital ingredient in dismantling the corruption and injustices with
remarkable precision as suppressed technology was released which truly
benefited their advancement and quality of life. The solutions were
already there.

From there, they began to select the right foods, filled with the
rich nutrients their planet had intended for them to consume. This also
included various minerals and precious metals they had no idea belonged
in their system. Their health began to improve and more focus was put on
their educational system and currency, so they could exist in abundance
and exchange their resources without the clever hold of the powers that
were.

The information they began to receive pointed to an existence that
gave them clear and proven concepts on just how powerful they really
are. When this hit the collective they were outraged. How could they
have been duped for eons?? Yet resisting and becoming combative were all
actions of the old game. The inhabitants began to understand that the
way to transcend duality was to progress to better days in Unity; after
all, they were conductors of reality and if they focused on combating
the powers that were, they would only be fueling their game.

With this understanding they ignored all projections from core
sources and began to create a reality that closely resembled their
origins, based on love, compassion and empowerment for all…

OUT OF MIND » PERCEPTUAL AWARENESS » THE SHIFT IN CONSCIOUSNESS » Humanity 101: What Happened to Our World?