OUT OF MIND » PERCEPTUAL AWARENESS » THE SHIFT IN CONSCIOUSNESS » Dear Mr. President... 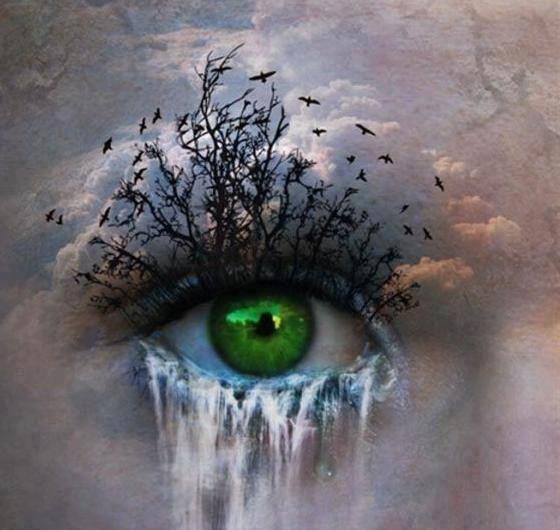 My name is Jennifer and I have something to say. I am one of a great many people who call themselves “Lightworkers”. We did not decide to present ourselves with this title rather it is a Calling that we have chosen to answer in order to Create a better World for ourselves and all of Humanity. We have chosen to become Consciously Aware, follow the Universal Laws, and Live our Lives from our Hearts rather than our egos. We seek a path of knowledge and understanding in order to increase our Awareness and the Awareness of those around us. We have chosen to turn ourselves upside-down from the “reality” we have learned in order to embrace a new way of thinking and BEing. We have chosen Spirit=Heart in order to put ourselves into the Universal flow of the Creator so that we may Co-Create a New Earth and a new way of Life that is fair and equal for all Citizens of Mother Earth. There are a great many things “we” have chosen to do for this cause and we recognize the Beauty of our Individuality and what Unique and Special Gifts we each bring to the table so it is not about “competition” or “labels” but about embracing diversity, for us. Most importantly, we Understand that we are ALL ONE in Humanity and if just one of us suffers we all suffer. Now that you know “who” I AM I would like to have a moment to “speak”.

I would like to suggest that we withdraw all of our troops from all foreign countries and have them returned Home to their families. What has been Created from this war, and all wars, is terror, fragmentation, PTSD, and of course death including the deaths of a great many civilians. This American public firmly believes that this war started with an act of terrorism on 9/11/2001 but is it not True that this war started long before this act was committed and that the United States has become one of the biggest bullies on the Planet? We have become an “elitist” society and in looking at all of the fights that we’ve picked or decided to get involved in we have become no better than Hitler’s own army. Please understand that I Honor the soldiers who have fought and died for this country and also wish for my cousin to return home from Afghanistan in one piece, both physically and emotionally. The soldiers, and the general population for that matter, has not been given all of the information necessary to make an educated decision in regards to the wars that have been fought so I have the utmost respect for those who decided to “fight” for our Country. However, is it also not true that when the United States invaded Iraq the American public was told that it was in retaliation for 9/11 but in fact Iraq had nothing to do with this attack? And, is it also possible that this war is about resources that belong to ALL of us who are Citizens of Mother Earth and when the United States initiated this attack they did not hit the intended “target” and approximately 90% of those killed were civilians…Mothers and their Children included?

I will also be Honest in saying that I have become somewhat “embarrassed” as a citizen of this country in watching the bickering going on daily in Washington. It is like watching children fight over toys in the sandbox because none of the things that are being argued over come close to being a solution to the problem. It has become a game over which side is right and which side is wrong when there are no winners or losers here…only a great deal of problems to be resolved. Obviously, one of the biggest problems to be solved is the ever dwindling economy and the corporate greed that has become so commonplace the government has decided to take a slice of that pie for themselves. I hear you argue over our economic situation and I watch you create new problems for to argue over in their place. There are 535 representatives who say they speak for the American people but I see you speaking for those who seek money only for themselves and see the rest of the population as below their standards if they haven’t figured out how to get a piece of that pie. Again, we have become an elitist society. Which goes back to the above paragraph in wondering how much money we would save if we just stopped fighting the entire world? We spend more and more money on fighting and killing one another while our taxes are raised, our benefits are lowered, our fear is evident, and people around the world go without food, water, or shelter. Perhaps we should all go Home, apologize for the acts of terror WE have committed, forgive “those who trespass against us” in hopes they will also forgive us, and try to pull ourselves together right here.

I would like to know what is really going on with the economy and wonder if the government is “of the people, by the people, and for the people” there are so many secrets? I would like to put it out there that the American people should demand and receive Full Disclosure on ALL things so I’ve thought of a way to make that happen. I would like to make a Call to Action in asking the American people to protest quietly at Home by just staying Home for 1 day. I wonder what would happen to your economy if the entire country opted to stay home from work, not purchase anything, and not drive their vehicle for just one day? Would this be enough of a protest to force your offices to finally be Honest with the American people about all the “wars” we’ve been fighting, the reasons behind them, and the TRUE state of our economy. Would we find out that Fort Knox really is empty, the Federal Reserve is “worthless”, and the paper we have been passing around as money, the paper we are “fighting” over, is just that…paper? Would we also find out that the U.S. government has their fingers in the pies of “big business” including pharmaceuticals, our ever-failing healthcare system, and financial institutions so that you can pay for your wars and the greed of the top 1% of the population (which includes you and your “officers” by the way)?

Regardless of the tone of this letter I believe you were the better choice in this election although I didn’t vote for you. In fact, I will Proudly say I didn’t vote at all because I decided from a place of Conscious Awareness that I couldn’t vote anyone into a government which has long since outgrown itself and taken the country with it. The U.S. Constitution was ratified in 1776 and I see the government stand by this document even though it is only followed by “convenience”. If we are such an “evolved” society I would like to know why the African American community was made to suffer for close to 200 years after this document was written. I would also like to point out that when this document was written the population in the U.S. was roughly 2.5 Million whereas today it is roughly 317 Million so this tells me we have clearly outgrown this document and this government. I wonder what kind of document we would come up with today given our population and our current state of affairs? I would like to think that we could come up with an Intelligent document that represents not just the U.S. but the entire Planet for this is the only Home any of us knows. How long does the government think that we can continue to kill one another and strip our Planet of her resources before we ourselves become extinct. There is a balance to nature and it appears to me that this government has learned nothing of our own history..the history of the World. In all civilizations in all of history there has never been one to survive the quest for power and there has never been one to survive once they consumed their own resources.

My friends and I understand that we are Divine Beings and as such we are the Creators of our Universe. I would like you to know that “we” in Humanity have Created our own “apocalyptic” situation by not understanding this very basic of Universal Laws. If we are “looking” for WW3 it has already happened because in researching the statistics of the number of people have been killed around the world due to war in the last 10 years (and not just our own) the numbers are Overwhelming, not to mention those who have died from lack of food, medicine, shelter, and environmental conditions. There are those of us who understand that by removing ourselves from this “fear” that has been Created we can and WILL change the World by Manifesting a New World Order which is ALL of our Divine Right and takes ALL of our Rights into consideration. If the World knew this very “Secret” we would surely be able to Manifest Heaven on Earth including weather conditions, environmentally safe energy, and sustainable Living conditions. This will be accomplished one way or another and I for one would like the Shift to be easier for all and this requires a speaking of the Truth so that we can begin to make educated, rational decisions that are best for all involved which is ALL of Humanity and ALL Citizens of Mother Earth. If we are to be the America that we claim to be than it is up to us to set an example for the World to See…an example of Love, Peace, Kindness, and Happiness. There is Abundance enough for us ALL and it is our birthright to share this Planet and Honor the Gifts she has given us. This can be Accomplished! Let it be…Namaste!

Copyright © The Moon Hippie Mystic. All rights reserved. You may copy and distribute this material as long as you do not alter it in any way, the content remains complete and you include this copyright notice.

maybe he is just shy or is it that clones are not programed to handle responses. LOL

OUT OF MIND » PERCEPTUAL AWARENESS » THE SHIFT IN CONSCIOUSNESS » Dear Mr. President...