This petition is awaiting approval by the Avaaz Community 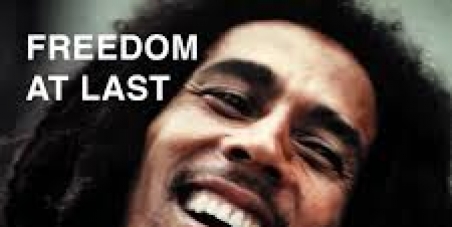 http://www.avaaz.org/en/petition/BANKS_GOVERNMENTS_FORECLOSED_WORLD...
Why this is important


To let people know they are free of slavery!

http://www.peoplestrust1776.org and http://oppt-in.com/ and much more sites of OPPT all over the world, just use the Courtesy Notices and you are free of debt.

December 25th 2012 stemming from prior investigation into massive fraud across the entire system:

What happened?
The OPPT posed to the world’s Banks and Governments:
1. that they had by deceptive acts and practices been stealing from the people for hundreds of years, and;
2. nothing stood between the Creator and each of the Creator’s creations,
and gave due opportunity to rebut both statements. They could not and did not. To understand this fully please read the
Declaration of Facts at http://www.peoplestrust1776.org > UCC Filings > 2012 ptII > Declaration of Facts. Here are two
excerpts:
Government Charters Cancelled: (Refer: DECLARATION OF FACTS: UCC Doc # 2012127914 Nov 28 2012)
“...That any and all CHARTERS, inclusive of The United States Federal Government, UNITED STATES, “STATE
of ...", Inclusive of any and all abbreviations, idem sonans, or other legal, financial or managerial forms, any and
all international equivalents, inclusive of any and all OFFICES, inclusive of any and all OFFICERS, PUBLIC
SERVANTS, EXECUTIVE ORDERS, TREATIES, CONSTITUTIONS, MEMBERSHIP, ACTS, and any and all
other contracts and agreements made thereunder and thereby, are now, void, worthless, or otherwise cancelled,
unrebutted; ...”
Bank Charters Cancelled: (Refer: TRUE BILL: WA DC UCC Doc# 2012114776 Oct 24 2012)
“Declared and ordered irrevocably cancelled; any and all charters for Bank of International Settlements (BIS)
members thereto and thereof including all beneficiaries, including all certain states of body owning, operating,
aiding and abetting private money systems, issuing, collection, legal enforcement systems, operating SLAVERY
SYSTEMS …commandeering lawful value by unlawful representation...”
Orders to Cease and Desist:
Attention is drawn to DECLARATION AND ORDER: UCC Doc # 2012096074, Sept. 09 2012, duly reconfirmed and
ratified by COMMERCIAL BILL UCC Doc. No. 2012114586 and TRUE BILL UCC Doc. No.2012 114776 which states:
Volunteers within the military ... “to arrest and take into custody any and all certain states of body, their agents,
officers, and other actors, regardless of domicil by choice, owning, operating, aiding and abetting private money
systems, issuing, collection, legal enforcement systems, operating SLAVERY SYSTEMS against the several
states citizens, ...”, and “Repossess all private money systems, tracking, transferring, issuing, collection, legal
enforcement systems operating SLAVERY SYSTEMS...”
“...all beings of the creator shall forthwith assist all Public Servants identified herein, to implement, protect,
preserve and complete this ORDER by all means of the creator and created as stated herein, by, with, and
under your full personal liability...”
Search document numbers listed at the Washington DC UCC Registry: https://gov.propertyinfo.com/DC-Washington/
What does this mean to you?
Are you paying a “debt” to a foreclosed entity..? e.g. mortgage, credit card, car loan?
OPPT has foreclosed on hierarchy. No one stands between you and your creator... not even “Government”.
Because a CEASE AND DESIST order exists, you are free to offer terms and conditions to individuals acting on behalf
of a foreclosed Bank or “Government”, by issuing a Courtesy Notice.
What does this mean to Banks & “Governments”?
All beings now act in the capacity of individual entities without a corporate safety net and with full personal liability for
each and EVERY ACTION THEY TAKE under common law, protected and preserved by public policy UCC 1-103, and
Universal law, the governing law laid out in the OPPT UCC filings. (Refer: WA DC UCC Ref Doc # 2012113593)
Should any individual pursue any actions on behalf of a foreclosed Bank or “Government”, causing another individual
any damage as herein described, they in their individual and unlimited capacity are absolutely liable. Such actions may
result in the receipt of a Courtesy Notice.


http://www.avaaz.org/en/petition/BANKS_GOVERNMENTS_FORECLOSED_WORLD...
Courtesy Notice
The Courtesy Notice contains the information of this flyer and offers terms and conditions for future dealings.
Whereas Banks and “Governments” have been foreclosed worldwide... Acts, Statutes, Codes, Courts, Executive
Orders etc were thereby foreclosed, thus without a lawfully binding contract - individual to individual, no instrument
exists to compel performance.
The Courtesy Notice offers new terms to any individual of a foreclosed entity for their acceptance and the method of
acceptance is clearly defined.
Individuals are now downloading and sending Courtesy Notices worldwide; 64,000 were downloaded in the first two
days following release in early Feb 2013. See www.oppt-in.com
What is the UCC - Where and to whom does it apply?
The Uniform Commercial Code (UCC) is the ‘bible’ of commerce and used world wide, but sometimes in disguise. UCC
is not taught in law schools; it is used in high level banking and government corporations. Accordingly most lawyers,
attorneys and magistrates know nothing about UCC and will argue it has no application.
1. Executive Order 13037 dated 04 Mar 1997 defined humans as capital. See: http://
americankabuki.blogspot.com.au/2013/03/us-citizens-defined-as-property-of.html
2. UCC Doc # 0000000181425776 filed 12 Aug 2011 evidences sale of US citizens in transaction between The
Federal Reserve System and The United States Department of the Treasury 1789 for $14.3 trillion. (Linked above)
3. UCC Doc #2001059388 evidences the template the Federal Reserve Bank of New York uses to secure the
collateral in major banks around the world... including chattel paper, goods and the unborn young of animals. See
http://www.mediafire.com/view/?3yh79cjnzcwzu0s
Those who would regard the UCC as irrelevant outside the US are thereby claiming former funding arrangements with
the Federal Reserve Bank of New York null and void.
Due Diligence
Given the usage of UCC filings in the upper levels of “government” and banks worldwide, due diligence is a necessity.
If there is a dispute, error, or falsity make AND deliver a duly verified sworn DECLARATION OF REBUTTAL to the duly
verified, sworn and REGISTERED OPPT DECLARATION OF FACTS, point by point, with specificity and particularity,
with full responsibility and liability, under the penalty of perjury under any law you identify, that the forgoing is true and
accurate, signed by your wet-ink signature.
To date, no such rebuttal has been registered.
Further Research
Radio shows:
http://oppt-in.com/opptinradio/
http://oppt-in.com/thecollectiveimagination/
All People Declared Free of Debt (Refer Notice of Declaration of Absolute Truth UCC# 2013032035)
The final filing of the OPPT occurred on March 18, 2013. This document terminated all remaining man-made entities
and returned all people of this planet to absolute freedom. In this document the creator is referred to as "absolute
essence" and all creations people are referred to as "absolute essence embodied".
Article VI states..."I duly verify, with full responsibility and liability, by DECLARATION OF ORDER, that eternal essence
IS made transparent and known by the DO'ing of any and all embodiment of eternal essence in eternal essence's
universe, IS free and free of debt, unrebutted."
This means THERE IS NO DEBT.
You have no debt... No one has debt... it is done.

Guest
WHo are the Avaaz Community?

They put out petitions on an almost daily basis. Not sure who any of these groups are come to think of it.

Guest
Being rather selective about what I agree to & for or in association with whom these days, I would need to know who "Avaaz Community" is before I'd seriously consider participation. :)

» BANKS & “GOVERNMENTS” FORECLOSED WORLDWIDE
» Wake-UpWorld – Andy Whiteley – One People’s Trust Lawfully Foreclosed Corporations, Banks and Governments For Operating Slavery And Private Money Systems – 18 February 2013
» All banks have now been foreclosed on as of 25.12.12 - all debt has been zeroed & we are “FREE”
» You owe no money or mortgage to any bank. All banks have been foreclosed.
» In the Money, Federal Reserve, World Banks Foreclosed On