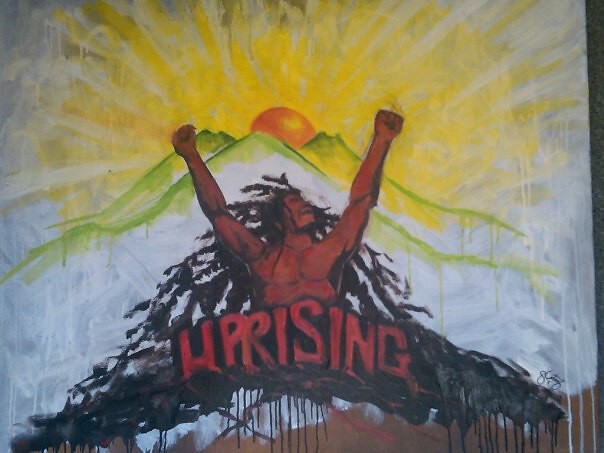 I’ve had a lot of time lately for personal reflection and boy, have I been utilizing it.

The strongest repeating trait I’ve observed lately is that I’m being
inundated with exponential, unprecedented inspiration and motivation and
while I recognize that I am for the most part, doing everything I can
to help humanity in every moment; compared to the incredible inspiration
I’m feeling, it feels as if I haven’t done a thing.

I’ve long observed many of the spiritual and revolutionary leaders of
even the past few decades, and I’ve seen that they created and
pioneered incredible movements that literally moved the people and led
us to stand up for ourselves and our sovereignty as citizens of this
Earth.

I’ve worried at times that what I’m doing and representing may not
help our collective as much as I’ve intended it to but when looking at
the true situation from an outward point of view; I and many of you are
quite literally representing the infinite other realms and entities from
purer states of consciousness and various evolved worlds, and that’s
the most important thing that can be done for this planet.

What so many of us are doing right now is more than needed.

The actions of every single awakening Lightworker who is standing up
for and representing the higher realms and the souls within those realms
and who is funneling exponential Light through to Gaia’s core for the
entire collective to be able to evolve because of; those actions are
more than needed for a world that has been lost in the mucky darkness of
collective unawareness and separation.

Yes, the fear has arisen in the past that the Lightwork-aspects of
what I feel myself here to do are somehow “not real” but to be quite
honest, I’ve had so many experiences in the astral realms specifically
that were much realer than what I’ve experience here in this physical
realm, and the doubt that used to arise has long faded and does not even
show up occasionally anymore.

I’m one who has been able to be blessed with various, blatant signs
here in the physical that the work we’re all doing and the Galactic and
Angelic souls we’re representing are real, and I recognize that I’ve
been given such experiences so I could use the knowledge, insight and
expanded perspective I have gained from them to help humanity.

This is my personal aim for being on this world at this time. In
whatever way is required of me, I am here to help humanity and no matter
how the immediate and long-term future plays out, I will always and
forever be of service and will always offer myself to the awakening of
this entire planet and to the purging of every last bit of darkness from
its structure.

I recognize and understand that I, like the overwhelming majority of
you reading this, am actually a part of the wave of heroic, higher
dimensional souls and leaders who have come to this planet to ignite
revolution and help humanity change the world.

You and I are here to lead humanity into the future, and we are here
to first help humanity understand the tyranny and injustice that has
been secretly wrought yet wrought right out in the open on this world,
so that we can collectively work toward building something better.

I’ve come to really understand that the perceived battle between good
and evil has been going on for nearly every bit of our Earthly history
but this time around, humanity is to be exposed to the actions of evil
and we are to purge evil from our Earth completely as we collectively
come together and build a brimming Galactic society with technologies
that have been hidden from us.

This motivation I’m feeling is in part related to the ongoing desire
to “stand up to” and purge the influence of the cabals from this world
but truly, I don’t need a force of evil to rebel or stand up against to
affirm and know that I am here on a Lighted mission to help awaken
humanity.

Any cabal members or employees reading this article; the website it
is published on or the messages of those who speak through me should
know that you are not feared by any of us who are awakening to what has been done on this Earth, and you are not hated by us either.

We recognize you for what you are; players in the ultimate dualistic
game of “good vs. evil” which has thrived on this Earth for far too
long.

I’m quite happy to announce on behalf of everybody who has awakened
and would agree with me, that your efforts in trying to stop what we
have long Created have all but faltered. We are thriving more than ever
and truly, there is no stopping every blossoming movement on this world
to stand up to the injustice you have been shoveling out/helping to
feed, as they are all facets of the ultimate revolution taking place in
the minds and hearts of every single person.

No families or bloodlines who feel yourselves to have tapped in to
the greater truth and reality of our existence or who feel yourselves to
be “more worthy” of understanding the higher dimensions than the rest
of humanity, will ever stop the blossoming movements that have been
started or the souls who have proven ourselves to only continue to
incarnate on this world, generation after generation, to directly stand
up to you and preach the truth and Light of the higher dimensions,
directly breaking the matrix of control you have attempted to enforce.

We are all prophets and saints, and every last one of us can and will
uplift the entirety of humanity now that we have openly and boldly
stood up to the forces of injustice and evil, manifested in the form of
the lost and energetically-starving cabals.

Those who have helped to lead real, Lighted revolutions in various
time periods will and are already prevailing and just as Bob Marley
said, “we are confident in the victory of good over evil”. (1)

To every one of you who are reading this: It’s time to arise and
become just as active as myself and a plethora of others who are truly
ready to be a part of a real revolution of Love and cooperation amongst
humanity.

I have been and will only continue to feel the most brimming of
inspiration that will likely continue to be presented in the form of
revolution-based writings, but I can only do so much and every one of us
must emerge as strong and gracefully as possible; to stand up to
corruption and injustice and to remind everybody that we come from
realms so much more blissful and collectively-harmonious than what we
currently experience.

(1)-Quoted from Marley’s song “War” which is itself quite militant
and revolutionary. Marley spoke specifically of the liberation of
Africans with the referenced lyric, but it is certainly applicable to
all of humanity.