Time to Take Action to Protect the Miracles of Hemp

Time to Take Action to Protect the Miracles of Hemp 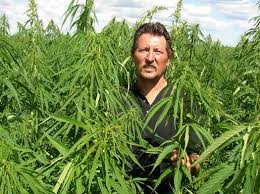 We
can’t say enough about HEMP! I buy mine monthly from a company in
California called Nutiva. They’re reminding us we need to take action to
secure our freedoms.

If you’re drawn to do so, please take action to ensure we can continue to benefit from this astonishingly useful plant.

They provide scripts and emails for us to use so it’s quick and easy to do.

Be a Part of Hemp History!


Call your Senators on behalf of Hemp.


We need your Senators to support & vote for Senator Mitch
McConnell’s Industrial Hemp Amendment to the Farm Bill. The language is
the same as S. 359, the Industrial Hemp Farming Act of 2013. This
amendment would allow farmers in the U.S. to once again have the
opportunity to grow this profitable agricultural crop.

We have a short, easy to use script and phone numbers will be
provided after you enter your Zip Code. Thank you very much for taking
the time to call and sending us feedback on your call!

Calls are the most important thing to do now. If you can’t make a call please click here to send an email.

The Many Uses for God’s Greatest Herb… That Would Also End a Hundred-Year Energy Monopoly!

We are familiar with it because a lot of us wear Denim jeans, but did
you know it’s also used to make bricks and building materials like
chipboard… and plastics? That it makes a great nutritional supplement?
Can replace almost all petrochemical pharmaceuticals… and gasoline?

During the Second World War hemp farmers’ sons were exempt from the draft.

Did you know that hemp has a full growth / maturity cycle of just six
to eight months and makes up to 4 times as much cellulose as the trees
currently grown for paper production that take eight years to mature?

It’s the only known plant on earth with everything man needs… and
THRIVES on neglect – Genetic Modification is unnecessary because it
needs no fertilizers or pesticides.

But most of all, did you know it can replace petroleum, that it is a replenishable fuel?

It’s time for the US to finally legalize it… if the oil companies
would allow that to happen in a free, democratic nation that makes its
own choices… even if it might cut a little off their bottom line after
more than a hundred years of energy monopoly…