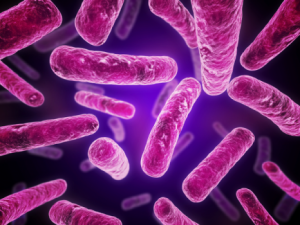 Contributing Writer for Wake Up World

With life threatening instances of
methicillin-resistant Staphylococcus aureus (MRSA) infections on the
rise, many are seeking safe and effective alternatives in the realm of
natural medicine.

Manuka oil is a shining example. Reports
of healing attributed to this oil are becoming more commonplace –
oftentimes in cases where patients have suffered from MRSA boils,
lesions and open wounds that did not respond to antibiotic treatments.
Extracted from the leaves and branches of the L. scoparium manuka
tree native to New Zealand, this essential oil not only conquers deadly
bacterial infections, but also relieves a host of other ailments – from
anxiety to eczema.

As a potent healer, manuka oil is making its mark as a remedy far more effective than conventional medical care.


Traditionally, staph infections have
been treated with methicillin, but have since become largely immune to
the antibiotic with the emergence of the MRSA strain. This creates a
dangerous situation as the infection can easily rage out of control,
especially for individuals with compromised immune systems.

The MRSA bacteria can migrate from the
skin to the muscles, bones, heart and brain – increasing the risk of
death. Even individuals with healthy immune systems can become infected
with the bacteria.


Stories abound regarding the outstanding
healing abilities of manuka oil, particularly with MRSA. One such
example illustrates how the oil saved a man from amputation when
conventional medicine failed. As reported in the Gaia Health article, “Manuka Honey and Oil: Antibiotic Action So Powerful It Beats MRSA”:

“My friend’s husband – we’ll call him
Jeffrey – had contracted a case of MRSA. All the medical establishment’s
treatments were for naught. The point had arisen that he was told his
leg had to be amputated to save his life, but ending his career as a
rehabilitation swimming coach.

“My friend refused to accept that
sentence. She insisted on trying manuka oil. She applied it directly to
Jeffrey’s wound. Within a day, it became apparent that it was healing.
The result was complete healing – and Jeffrey has been back at work for
the last year.”

The oil form of manuka is not as well
known as the honey, but it’s beginning to gain recognition as an even
more powerful defense against the ravages of MRSA. The essential oil can
be used undiluted topically or internally.


Long used by the Maori of New Zealand, manuka oil has a variety of uses beyond the treatment of MRSA, including:

The oil is also helpful for anxiety. According to Gaia Health,
“It is known to interact with GABA-A receptors, the same ones that
benzodiazepines such as Valium (diazepam) do. No experiments have been
done on this aspect, and it appears that medicine considers it to be an
adverse reaction – though, of course, it’s considered the beneficial
effect of Valium!”

About the author:
Carolanne
enthusiastically believes if we want to see change in the world, we
need to be the change. As a nutritionist, natural foods chef and
wellness coach, Carolanne has encouraged others to embrace a healthy
lifestyle of organic living, gratefulness and joyful orientation for
over 13 years. Through her website Thrive-Living.net
she looks forward to connecting with other like-minded people from
around the world who share a similar vision. Follow Carolanne on Twitter and Pinterest

Please note this article was first published on Natural News.
Thanks to: http://wakeup-world.com

» Cannabinoids Show Potent Antibacterial Activity Against Six Different Strains Of MRSA
» De- Regulating of Human Medicine and Animal Medicine these people are Criminals
» Woman Who Refused Chemotherapy, Baffles Doctors After Using Cannabis & Manuka Honey To Shrink Tumors
» Feds Say Marijuana Isn't Medicine While Holding Patent on It as Medicine
» UFO News ~ Does this look like a conventional aircraft? plus MORE