OUT OF MIND » THE INSANITY OF REALITY » FINANCIAL COLLAPSE » RollingStone – Matt Taibbi – Why Didn’t The SEC Catch Madoff? It Might Have Been Policy Not To – 1 June 2013

RollingStone – Matt Taibbi – Why Didn’t The SEC Catch Madoff? It Might Have Been Policy Not To – 1 June 2013 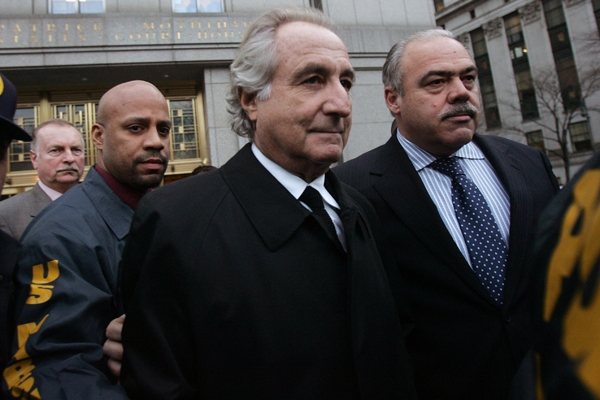 More and more embarrassing stories of keep leaking out the SEC, which
is beginning to look somehow worse than corrupt – it’s hard to find the
right language exactly, but “aggressively clueless” comes pretty close
to summing up the atmosphere that seems to be ruling the country’s top
financial gendarmes.

The most recent contribution to the broadening canvas of dysfunction and incompetence surrounding the SEC is a whistleblower complaint
filed by 56-year-old Kathleen Furey, a senior lawyer who worked in the
New York Regional Office (NYRO), the agency outpost with direct
jurisdiction over Wall Street.

Furey’s complaint is full of startling revelations about the SEC, but
the most amazing of them is that Furey and the other 20-odd lawyers who
worked in her unit at the NYRO were actually barred by a superior from
bringing cases under two of the four main securities laws governing Wall
Street, the Investment Advisors Act of 1940 and the Investment Company
Act of 1940.

According to Furey, her group at the SEC’s New York office, from a
period stretching for over half a decade through December, 2008, did not
as a matter of policy pursue cases against investment managers
like Bernie Madoff. Furey says she was told flatly by her boss,
Assistant Regional Director George Stepaniuk, that “We do not do IM
cases.”

Some background is necessary to explain the significance of this tale.

There are four main laws that the SEC uses to regulate the financial
sector. At least as far as numbers go, the agency has a fairly extensive
record of enforcement actions with the first two, which are aimed at
the securities markets.

The first of those is the Securities Act of 1933, also commonly known as the “Blue Sky laws,”
which among other things set down the rules mandating public disclosure
of pertinent information to investors in securities. The second is the Securities Exchange Act of 1934,
which governs securities already issued, and includes the laws barring
insider trading. Both of these laws are primarily intended to prevent
fraud in the securities markets. …..

Read the whole story at : www.rollingstone.com / link to original article

OUT OF MIND » THE INSANITY OF REALITY » FINANCIAL COLLAPSE » RollingStone – Matt Taibbi – Why Didn’t The SEC Catch Madoff? It Might Have Been Policy Not To – 1 June 2013