What Love Does to the Human Brain 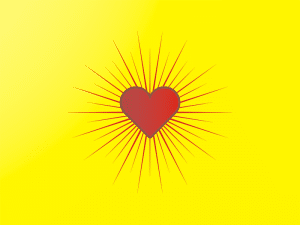 Falling in love results in the very same neural response that ignites
the brain when people do heavy narcotics. It is impeccably addictive
and this is why ‘falling out of love’ feels so bad, but, love in its
highest form is more than a chemical romance. That being said, Mother
Nature built in some hard-wired connections to reward us for falling in
love.

Romantic Love is a Drug


In a research study that involved looking at brain scans of people in
love, the very same centers ‘lit up’ that are responsible for craving
and reward. When brain scans were taken of people who said they were
still in love after 20 years of marriage, the brain centers were
slightly different, but still marked by a similar pattern. Ted Huston,
a researcher who is more interested in long-term relationships, found
that people who are ‘blinded by love’, that is, they look with a
positive slant upon their lover’s qualities, often have happier and more
lasting marriages. It seems the brain may in fact be more responsible for romantic love, at least in studies like these, than the heart.

According to Helen Fisher
of Rutgers University, who has spent her life researching the effects
of love on the brain, two surprising areas of the brain light up when we
are focusing on the object of our affection. The first is part of our
primitive, reptilian brains, the caudate nucleus. She also noticed that
areas of the brain associated with creating dopamine and norepinephrine
are very active when we love someone. These particular brain chemicals
are associated with pleasure and excitement.

Fisher
has said, “No wonder lovers talk all night or walk till dawn, write
extravagant poetry and self-revealing e-mails, cross continents or
oceans to hug for just a weekend, change jobs or lifestyles, even die
for one another. Drenched in chemicals that bestow focus, stamina and
vigor, and driven by the motivating engine of the brain, lovers succumb
to a Herculean courting urge.”


The Three Stages of Love

In Huston’s research of longer-term relationships, he found that a
newlywed couples’ courtship has a lot to say about the long-term success
of a marriage. If the intensity of romantic feelings are high from the
start and the courtship is marked by significant positive feelings, it
often bodes well for the relationship after the ‘honeymoon phase’ starts
to fade. In essence, good courtships lead to happy marriages and
turbulent ones inevitably lead to future problems. It is possible that
the hormonal cocktail, the love ‘drugs,’ that we take via our own brain
chemistry when we are falling for someone just might be what gets us
through challenging times that normally contribute to fading feelings.


While the caudate nucleus, or reptilian brain may be where romantic love starts a flame, the reptilian brain is also considered by many to be the physical house of the ego. The Yaqui Indian Shaman Don Juan
has said this in regard to this particular brain center; “We have a
predator that came from the depths of the cosmos and took over the rule
of our lives. Human beings are its prisoners. The Predator is our lord
and master. It has rendered us docile, helpless. If we want to protest,
it suppresses our protest. If we want to act independently, it demands
that we don’t do so… I have been beating around the bush all this time,
insinuating to you that something is holding us prisoner. Indeed we are
held prisoner!” Is it any wonder that romantic love makes us feel like
we are ‘owned’ by another.

Still other recent research states that love is not simply emotion. It is complex and involves 12 different areas of the brain,
like the dorsolateral middle frontal gyrus and the anterior cingulated,
that most cooperate to create that magic moment – but get this – love
happens in less than one fifth of a second.


Cosmic love
usually illicits an entirely different feeling since it originates in
different brain centers (as attested to by brain scans of long-term
meditators who have had feelings of cosmic oneness and universal love
for all things). In one study
that utilized proton magnetic resonance spectroscopy and diffuser
tensor imaging, meditation in a long-time Zen monk (who practiced
mindfulness meditation) was shown to increase activity in certain areas
of the brain and reduce it in others. Namely:

This study at least shows that our brains are just as interesting
when we feel universal love and oneness - with evidence of subtle
abnormalities in neuronal function in regions of the white matter in
meditators.

Neuroimaging of romantic love looks different than the pictures of the meditating brain.

The R-complex, or reptilian brain originates form a mammal-like
reptile that is one of our evolutionary ancestors. Every single living
mammal houses this reptilian part of the brain in their skulls. Skip Largent
states, “At least five human behaviors originate in the reptilian
brain. . .Without defining them, I shall simply say that in human
activities they find expression in: obsessive-compulsive behavior;
personal day‑to‑day rituals and superstitious acts; slavish conformance
to old ways of doing things; ceremonial re‑enactments; obeisance to
precedent, as‑in legal, religious, cultural, and other matters. . .and
all manner of deceptions.” This leads to an understanding of eros –
romantic love vs. ethos – cosmic love.


Love of the divine that spills onto everything in creation is ethos.
It does not rely upon someone’s sexy smile or the ‘lustful’ feelings we
may have for someone – eros, but it can lead to ethos, as it gets us in
touch with higher states of joy and lightness, and if only through a
partner, love of someone besides ourselves. When we share love with all humans,
or even all sentient creatures – whether they are our spouses, or a
total stranger across the world in another city, or a tree growing in
the park, that is ethos.

It seems that cosmic love doesn’t require heroine-like hormonal
changes in the brain to sustain it. Instead of staying stuck in the
reptilian brain, though it involves other brain centers, cosmic love
spreads through all our brain centers, including the pre-frontal cortex,
and calms areas that are normally concerned with obsessive-compulsive
thinking and associated behaviors. The truth about love is – we can
feel bliss while we are intimately intertwined in our lover’s arms post
coitus, or we can feel bliss just walking down the street embracing the
world as a whole.

Some Kiss We Want


There is some kiss we want with our whole lives, the touch of spirit on the body.

There is some kiss we want with Seawater begs the pearl to break its shell.

And the lily, how passionately it needs some wild darling!

At night, I open the window and ask the moon to come and press its face against mine. Breathe into me.

Close the language-door and open the love window.

The moon won’t use the door, only the window.


Christina Sarich is a musician, yogi, humanitarian and freelance writer who channels many hours of studying Lao Tzu, Paramahansa Yogananda, Rob Brezny, Miles Davis, and Tom Robbins into interesting tidbits to help you Wake up Your Sleepy Little Head, and See the Big Picture. Her blog is Yoga for the New World. Her latest book is Pharma Sutra: Healing the Body And Mind Through the Art of Yoga.

This article is offered under Creative Commons license. It’s okay
to republish it anywhere as long as attribution bio is included and all
links remain intact.