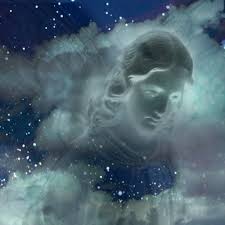 Divine Intervention. Could there be any other explanation? Decide after watching the video. It has nothing to do with religion.


It’s unfortunate everyone isn’t aware they have angels and guides
with them all the time on whom they can call at any moment or in
advance, for assistance. We usually have to ask, however, so remember to
“call your angels”, and see what happens.

I know I’ve been ‘saved’ in circumstances great and small because
of my mantra: “I am guided, guarded and protected 24/7/365 and so are
my loved ones. And so it is.”

The caveat to this is, of course, that we all follow the soul
journey master blueprint we devised with the cooperation of members of
our soul family before we incarnated. I don’t ask to override that, just
for the best possible outcome for all concerned in each moment.

The ‘big picture’ cannot be altered, but the details are
malleable.The destination is set like a GPS device in our vehicle, but
the route is winding and we may take detours as well as super-highways
and country back roads to get there. We get to choose where to stop and
tarry awhile, where to have a bite, where to spend the night. We get to
choose, because we were given the gift of free will.


I ask for help in ‘bending time’ if it looks like I might be late
when I’m stuck behind a slug of an RV on the highway, and for all kinds
of trivial things that just make me smile or even giggle with delight
when I get them, like a green light on my count of “one-two-three;
green for ME! “. Woo-hoo! and when figuring out how to use some
electronics!!! Sometimes they even exceed my expectations before I ask
or deliver amazing synchronicities—at the perfect moment.

I always thank my guides and angels for being there for me, for
obvious assistance in particular situations (high five, angels!), and I
invite them to jump in any time they see me struggling; in fear,
frustration, anger, stress or emotional anguish, to calm and strengthen
me. I also ask for guidance in dealing with difficult people, and to
create win-win situations. It’s an “open request” to use at their
discretion.

Does that mean life is always a bed of roses? Hardly! But knowing
I am loved and never alone goes a long way in helping to summon up a
stalwart constitution that can negotiate the bumps and potholes with
relative ease and grace; that, and I just have to look around at the
world to see that it could be a LOT worse.

I understand there will always be lessons to expedite my soul
growth—bridges washed out, long stretches when I think I might run out
of gas, no room at the inn… but I always know I’ll be fine.

Gratitude is huge, and every morning and evening I thank Spirit
for “another glorious day in the life of _________ ” (me—because what
and who I AM is not the role I’m presently playing in
this incarnation)… and I always say “glorious”, whether it was a tough
day or an easy one, because I am so very grateful to be alive at this
incredible moment in time and space.

Why did the children see angels? Because they were too young to be fully programmed that angels and spirits don’t exist. Most of us were totally brainwashed as to the truth of the many realities of the Universe and are just now waking up.

The photo below appears to contain an image created in a similar
way to the image of Jeshua on the Shroud of Turin from an energetic
imprint.

A total of 153 teachers and students being held hostage were saved from
an exploding bomb in their classroom by what the children called angelic
intervention.

David and Doris Young were heavily armed and a bomb was wired to
David Young’s body. The Youngs entered the Cokeville, Wyoming
elementary school and approached secretary Christine Cook and stated,
“Your school is being taken hostage.”

According to Cook, Young stated the bomb was “capable of blowing up
the entire building. He said it would level this whole building and
everyone in it.”

The teachers and students were rounded up into a small room where Young demanded a $2 million ransom for each hostage.

Initially, and understandably, the children were distraught, but as time passed, they became more at ease.

Hostage Amy Basago stated, “It was like this total peace and this comforting feeling that just touched everybody.”

After Young detonated the bomb, the room became filled with smoke as the hostages were led out the classroom windows.

The bombers were the only ones who died.

Interestingly, when the children began talking about their accounts
of this incident, they seemed to have a common theme of angelic
intervention.

Glenna Walker, mother of child hostage Katie Walker, said that her
daughter stated, “Mom, the angels saved us.” As it turned out, Katie’s
angel was the same woman inside of her mother’s locket, which was a
picture of her grandmother who had been deceased. At the time of the
bombing, Katie had never seen her grandmother.

Whether you are religious or not, we all have spirit guides and guardian angels
who are with us every second we are alive. You are never alone as your
guides and angels walk every step with you and love you
unconditionally. Whenever you feel a little down, talk to them and ask
for help. They’re listening.


Copyright Information: Copyright in5d and Gregg Prescott, M.S.. This content may be freely reproduced in full or in part in any form.

Guest
Thanks 4 sharing Prpl- You're a :little angel: