OUT OF MIND » THE INSANITY OF REALITY » ILLUMINATI AGENDA & WORLD DOMINATION » Amber Alert: Annual Blood Sacrifice by the Illuminati on the Calendar Again for June 21st, Denver 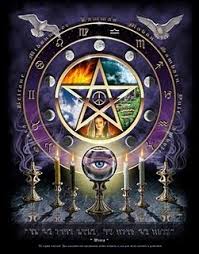 I’m getting that old black magic feeling again… it’s that time of year when the satanists gather at the “secret” location in Denver for another of their blood rituals.

For the newly initiated Truthers…
It sounds like something out of a cheap horror movie, I know, but unfortunately, it isn’t. They will kidnap a newborn baby from somewhere for this event. They believe themselves to be untouchable.

The Illuminati are very big on ceremony and rituals on special dates, moons, numerically significant days, etc. They do the same thing, at the same place every year (except for moving the Bilderberg meetings around) and you would think that it would make it easy to round them up, but for some reason no one goes after them when they’re all in one place like that, drunk on the headiness of whatever sacrificial rite is about to take place. One of these times they may not be so lucky.
Stew Web published the directions to the Denver “castle” on his web site last year.
If you think this is hearsay or speculation, research will show you that whistleblowers who grew up in Illuminati families and broke away have told us this goes on—and right underneath the Vatican in the grotto beneath St. Peter’s Basilica among other places—so don’t discount it until you’ve checked it out.
http://www.veteranstoday.com/2013/06/12/illuminati-council-of-13-human-sacrifice-denver-colorado/
Stew Webb has been proven correct by Gordon Duff and US Intel – the elites will once again kill a baby and drink it’s blood if we don’t get the heat on them.
I’m asking everyone to read Stew’s new post on VeteransToday and to post this all over Facebook and other websites so that we break through the censorship wall!
This is a VERY important story that MUST go viral.
I’m asking every person to spread this story to everybody they know and POST it everywhere you can!
Thank you and let’s all pray that the evil people get exposed and caught this year!
Here’s the link to the story again.  Get it out everywhere!  You all told me you wanted to change the planet.  This is your chance.  Spread the word and help stop evil in less than 10 days in Denver, Colorado!
http://www.veteranstoday.com/2013/06/12/illuminati-council-of-13-human-sacrifice-denver-colorado/
I need people getting the info to WE ARE CHANGE, Occupy and anybody else that stands against evil.
Thank you!
Glenn Canady
Visit Project Nsearch at: http://www.project.nsearch.com/?xg_source=msg_mes_network
Here’s part of the article on Veterans Today:

Wednesday, June 12th, 2013 | Posted by Stew Webb
Illuminati Council of 13 Human Sacrifice Denver Colorado
Amber Alert:  Warning kidnapping of new born infant between June 17-20, 2013
Bush Satanic Rituals and Human Sacrifices
by Stew Webb
Warning kidnapping of new born infant between June 17-20 2013, check all aircraft for any infants ask for birth certificates from parents.
Denver Colorado on June 21 and December 22 each year at 12:00am-3:00am mountain time known as the “Summer and Winter Solstice” the Illuminati Council of 13 Bankers hold their “Tiffany Lamp meetings”. These known Satanists perform Human Sacrifices as part of their satanic rituals at the Old Navarre a former Whore House and Casino located at 1725-1727 Tremont Pl, Denver, Colorado, across from the Ships Tavern at the Brown Palace Hotel in downtown Denver, Colorado.

They enter the Old Navarre through the Ships Tavern at the Brown Palace Hotel down a ramp between the Restrooms is a door that is unlocked that enters a tunnel that goes across the street to The Navarre.
During these rituals a Human Infant is killed and sacrificed to Satan, the Satanist drink the blood of the Infant Human they sacrifice, and appears before them and goes out to kill the enemies of those Satanist who perform this Human Sacrifice.
This group is known as the Illuminati Bankers the U.S. “Shadow Government”  leaders who dictate U.S. World Policy, that are known as Satanists, George HW Bush, Leonard Millman, Larry Mizel, Henry Kissinger, Meyer Rothchild, David Rockefeller, Grace of Grace and Company, Answer Bin Shari the head Rabbi of Israel and others unnamed.
They hold Pre Ritual parties were they have sex with children; many of these pre-ritual parties were held at Leonard & Elaine Millman’s house.
Anthony Lavey son of Anton Levey Founder Church of Satan in America was castrated by George H. W. Bush a

nd Leonard Millman among others at age 13 at the Ritual Party.  Listen to full one hour interview below.
MDC Holdings (MDC-NYSE) CEO Larry Mizel the Bank Bail Out Scamster Satanist Illuminati Banker now Hosts the Pre-ritual child pedophilia party. MDC was the parent company of defunct Silverado Savings and Loan were Neil Bush was a Director, Neil the son of George HW Bush.
Further after these Satanists do their murder of the kidnapped Human Infant at 12:00am-3:00am during the witching hour on June 21 and December 22 each year you will normally find them the next day at  “Cherry Creek Country Club ” playing Golf sometimes for a Children’s Charity Golf Tournament. It is their cover story to be there in Colorado.
They further are known to stay at the Brown Palace Hotel Downtown Denver.
They have been seen at the Freemasons Temple across from the Colorado State Capitol, directly east of the Governor’s Mansion.
A report of these events was given to the Agent Mark Hostlaw of the FBI-Denver Field Office on November 20th, 2001, under 18 USC 4 Federal Reporting Crimes Act by Stewart Webb Federal Whistleblower, stating the above and that a murder of a child (infant) would take place, and that this Satanic murder would involve the above named persons which the FBI did nothing to stop the murder and this reporter-Whistleblower has come to know that Mark Hostlaw was in charge of a special FBI Division #5 team that has targeted this Whistleblower for over 15 years.

Satan Statue in Denver Airport
History: In Rome, over 300 years AFTER the resurrection of our Lord, there was a yearly feast celebrated by the Romans who worshipped the god Saturn. This was a carry over from Babylon. This time of celebration was always situated around the December 17-24 time frame, coinciding with the winter solstice and the time when Saturn was close to earth. The Pagan Romans called this celebration “The Feast of Saturnalia.” It was always celebrated with gifts on the last two days, then on the 25th of December they began the new celebration of “The Birth of the Unconquerable Sun,” as the days of light would begin to lengthen and the sun would begin to regain its dominance. They believed the sun would die during the winter solstice then arise again from death as the solstice ended by the revolving of the earth in nature. This
festival was one of drunkenness, revelry and debauchery. When the Roman Catholic Church had been born in Rome they incorporated this day of celebration so these Pagans would become a part of this Catholic (means universal or one world) church. The Catholic priests told the Christians that God had reveled to them that Dec. 25 was really Christ’s birthday and that is how this fable started. I will enjoy seeing the wonders that God has created in this planet Saturn, but not fall for this Pagan celebration that goes with it.

Evil: George W. Bush
The other council of 13 members who will be attending, Grace of Grace and Company, Answer Bin Shari the head Rabbi of Israel, David Rockefeller, Meyer Rothchild and others unnamed.
Read the rest of the article and listen to the audio Stew mentioned…

OUT OF MIND » THE INSANITY OF REALITY » ILLUMINATI AGENDA & WORLD DOMINATION » Amber Alert: Annual Blood Sacrifice by the Illuminati on the Calendar Again for June 21st, Denver