Admin
Posts : 107476
Join date : 2012-01-04
Location : Woodstock Nation
JIMMY SAVILE, CHILD MURDERERS, TOP PEOPLE
Posted on June 15, 2013 by Jean
Permit me to suggest that it might be wise not to get lost in all this terrible information. All I think that is necessary here is our awareness of the huge scope on which this was happening. ~J
Source: Aangirfan
June 12, 2013
Thanks to V

Child murderers Ian Brady and Myra Hindley, who had friends in high places.
The child murderers Ian Brady and Myra Hindley had powerful friends.Ian Brady was befriended by Sir Jimmy Savile.
Myra Hindley was befriended by Lord David Astor, a former editor of the Observer, and by Lord Longford, a former cabinet minister who took a great interest in pornography.
Astor and Longford plotted to get Hindley released from prison.
Myra Hindley’s relationship with Lord Longford
Some people believe that Hindley has secretly been released from prison, although the official story is that she is dead.

Saddleworth Moor, where some of Brady and Hindley’s victims were buried. Photo by Parrot of Doom
Horgan’s step-son Michael Roberts says he was only six when he was sexually abused by 29-stone Sir Cyril Smith.
Sir Cyril Smith was a close friend of Sir [url=http://www.mirror.co.uk/all-about/jimmy savile]Jimmy Savile[/url], friend of the Royal Family, the military and Israel.
Pervert Member of the UK Parliament Sir Cyril Smith was pals with a satanic child sex monster

‘Glasgow godfather’ Thompson reportedly was selling guns to the UVF (UlsterVolunteer Force).He worked for MI5.
“They then told him he could pretty much start the drugs trade in Glasgow.”
(Donal MacIntyre – erutufonnofuture)
Arthur Thompson was an associate of the Kray twins.
The Kray twins reportedly ran a pedophile ring for top people.
(LUCIAN FREUD, BOYS, KRAY TWINS, TOP PEOPLE)

A Kray Twin and a boy who died young.
Brady and Hindley’s child killings took place in the North of England, near Manchester.
But, Ian Brady “implies he may have … buried bodies at the Campsie Fells near Glasgow.
In his letters, Ian Brady “drops in the names of the Kray twins, Ronnie and Reggie, who terrorised London’s east end in the 1950s and 60s.”
Moors Murderer Ian Brady brags of Scottish gangland links.

aangirfan: JIMMY SAVILE, THE KRAY TWINS…The Longford Report, in 1972, was a best-seller.It contained a long account of sex and sadism in a boys’ boarding school:
‘Sometimes the prefects did a lot of the whipping; at other times they made the third-year boys do it as well, or the second-year boys whip the first years and the first years whip each other.’
http://www.alwynwturner.com/crisis/extracts08.html

Hindley.
Moors Murderer Myra Hindley, 60, reportedly died in a hospital in 2002.
No family members attended her ‘hasty’ cremation service.
At the inquest there were no protesters, friends or relatives.
Her medical records were filed under a false name: Christine Charlton.
Her death certificate has never been published.
http://www.onlinepublishingcompany.

Only a very light coffin for Hindley.
Reportedly:
“A primary school nurse was driving through a country lane about six weeks after Myra Hindley was supposedly pronounced dead. It was night time and the nurse’s car was suddenly hit in the back by another vehicle.
“The woman driver who hit her got out of her car and came to talk to the nurse.
“The nurse looked carefully, recognised the woman as Myra Hindley and said: ‘Oh my God you’re Myra Hindley.’
“The woman burst into tears and replied ‘you can’t say that, you can’t say that’ and drove off hurriedly.

“The nurse however, noted the registration number of the car and upon returning home called the police. She recounted what had happened, telling them that it was ‘Myra Hindley’ at the wheel of the other car.
“The police visited the nurse the following day but rather than assist her with noting an accident, they scared and intimidated her.
“They asked her to withdraw the accident claim and report, and suggested instead that the incident had ‘never happened’.

John Kilbride – victim of Brady…
“The primary school nurse was just a normal, law-abiding person and by now she was very scared although still certain of her facts – that even though Myra Hindley was believed by the world to be dead – it had been her driving the car that had hit her.
“Regardless of her story, the police continued to intimidate the nurse and she was frightened into taking any further action.
“However, unknown to the police, the nurse had reported the incident to a friend of the family who had in turn passed it on to a school friend who was a local journalist.
“The journalist took the story to a major tabloid paper who was at first very interested but the following day told his fellow journalist that the story of Hindley being alive ‘had to be buried’.

Friends in high places.
“Within a day or so, orders from ‘the top’ were given to publish a story on how the ‘ashes of Myra Hindley had been found.’
“That story made all the papers in February 2003 and threw many off the scent. Now, to all intent and purposes, Hindley was proven to be dead because her ashes had been found on the very Moors where children had been killed.
“What is interesting is that the car incident happened six miles away from the residence of the priest that converted Myra Hindley to Catholicism and who later committed burial rites on her.

“What is further interesting is the location of a convent very close by. Is Myra Hindley in that convent living a clandestine life away from society?
“Not satisfied with the tale of ashes being discovered and believing the story of the nurse, the journalist called Lord Longford’s son and informed him that the ashes of Myra Hindley had been found. The journalist taped the conversation. The words from Longford’s son echoed in the journalists ears:
” ‘If you believe that you believe anything’ “.
http://www.onlinepublishingcompany. 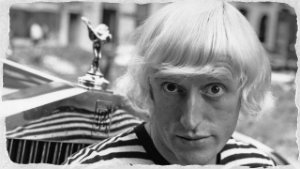 According to Myra Hindley’s diary, she and Ian Brady were regular visitors to the New Elizabethan Ballroom, in Manchester.
They attended at least one of the many sessions hosted by the resident DJ, Jimmy Savile.
“On Boxing Day, 1964, Brady and Hindley made an audio recording as they bound, gagged and photographed Lesley Ann Downey before they killed her.”
Ian Brady became Jimmy Savile’s friend.
Savile was also acquainted with Ronnie Kray and Peter Sutcliffe.
Peter Sutcliffe committing one of ‘his’ murders just opposite Jimmy Savile’s penthouse in Leeds, and another in Savile Park in Halifax.
http://thesumpplug.blogspot.http://postmanpatel.blogspot.co.uk/
Many thanks to all the people who provided the links for this post.


I agree with what Jean said up top but wanted to add that it is imperative they we are ready for what is coming very shortly. Things are about to really break open.... Skyz

Not enough caffeine on the planet to do the job either unfortunately. But the numbers that are wiping the sleep from their eyes is growing exponentially. I see it every day. I see it in the eyes of the children also.

So we continue to do our work until every eye is open.....