Bob Lazar is best known as the whistleblower that outed Area 51 and its extraterrestrial secrets. He claims to have been an employee there tasked with back engineering alien technology. In a recent email from his company, apparently he is now a science and technology consultant to Raytheon, and his company has contracts with the military.
In 1989, KLAS investigative reporter George Knapp conducted an interview that forever changed UFO mythology. This is when he first interviewed Bob Lazar live for his Las Vegas viewers. Lazar claimed to have worked in a secret underground lab called S4, 8 miles south of the main Area 51 base. Here he says there were several disc-shaped craft that looked as though they had been damaged. He says he was told they were extraterrestrial, and he noted that they appeared to be built for pilots that were small and humanoid. 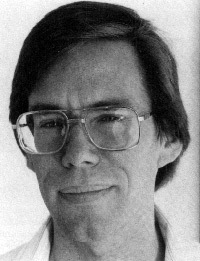 He started telling friends about his work at the base, and even told them where and when they could view test flights. He and his friends were then busted and he was fired. So the story goes. The Air Force denies his claims. However, upon investigation, Knapp found that another top secret facility, Los Alamos National Laboratories (LANL) in New Mexico, had Lazar listed in their phone book. Lazar said he had worked there, but LANL denied that claim.
However, other claims by Lazar did not pan out. He said he received degrees from the California Institute of Technology and the Massachusetts Institute of Technology, neither of which can be confirmed.
For a large part of the 90s Lazar’s claims made big news, and became the bedrock for claims of ET technology being horded by the United States government. This has lead to Area 51 getting the legendary status it currently enjoys, although at the same time it remains a top secret facility.

Lazar left the UFO limelight, and has not spoken on the topic for many years. He started a scientific equipment and supply store called United Nuclear. I contacted them to find out if Lazar would be interested in speaking about his experiences, as next year will be the 25th anniversary of his interviewed with Knapp. I was told:

Sorry, Mr. Lazar no longer involves himself in matters related to the topic of UFOs.
He hasn’t followed the topic in about 10 years and does not lecture on anything other than basic science & energy technologies.
His companies are involved in several Military contracts and he is a science & technology consultant to Raytheon weapon systems.
For these reasons he avoids ‘rocking the boat’ and generally keeps his distance from the topic.

I found the response rather interesting, as I am sure you will as well. The only reference to Area 51 I found on the United Nuclear website is this Area 51 style “Restricted Area” aluminum sign. I might pick one up. It is a fun conversation piece considering the source.

For more about the history of how the public found out about Area 51 read our post on it here.