OUT OF MIND » THE INSANITY OF REALITY » ILLUMINATI AGENDA & WORLD DOMINATION » A Royal Dynasty: The “Moon Baby” Born

This week the great hordes waited with anticipatory fervor as celeb-royal Kate Middleton (aka Catherine Duchess of Cambridge) gave birth to a baby boy and the future heir to the British throne, continuing Britain’s chain of royals that seem to entrance the world with their influence and celebrity. 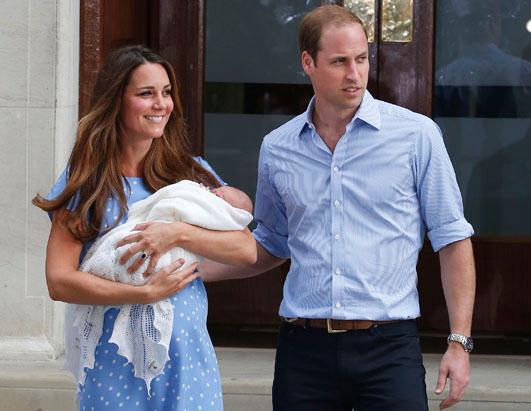 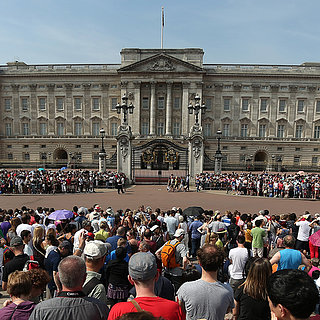 Crowds Flood London to Wait For Royal Baby News
Many have heard the story: Kate Middleton, ’a commoner’, was elevated to elite status during the romantic, fairytale narrative of being swept up to marry a Prince of the land. Prince William was young, fresh, and modern, a far cry from his father’s generation and the dark shadow of his mother’s death.
This popularity came at a time when the approval of royalty was at a dangerous low. The role of an elite royalty class – symbols of inherited privilege, and the royals’ own personal finances – largely funded by taxpayers, was being closely examined and questions were being raised about their usefulness in a modern western democracy.
Not unlike the drama surrounding the Royal Wedding in 2011 pairing Kate Middleton and Prince William, this newly born baby has drawn the attention of well-wishers, royal followers, simple gawkers, and irritated naysayers alike. Most importantly, however, the wedding and baby has manifested popularity for the Royals as not seen since before the death of Diana Spencer, Princess of Wales.
As always, surrounding the birth of a royal, there are symbols, ceremonies and rituals involved.
Son During Moon
The baby boy child was reportedly born via natural birth 22 July 2013, the day of a supermoon.

This month’s full moon falls one day after July’s lunar perigee, which is the moon’s closest point to Earth for this monthly orbit. Astronomers will call this full moon a perigee full moon, but everyone else will call it a supermoon Source

This is an interesting concurrence as the baby’s father, Prince William, was born on the summer solstice (June 21st, 1982), and the baby’s mother, Kate, was born during a total lunar eclipse the same year (January 9, 1982), and are sometimes referred to as the ’Solstice King and his Lunar Queen’. 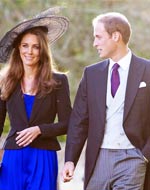 For those of you wondering if the marriage of Prince William and Kate Middleton is fated, defying all odds – it’s true! The remarkable birth of Prince William on a Solar Eclipse – meeting of the Sun and the Moon – on the Summer Solstice has dazzled many astrologers for years, as this reflects the “Solstice King” of the old myths of the UK. When studying the chart of Kate, lo and behold, she was born on the Lunar Eclipse just after the Winter Solstice in the same year as Wills!
As many of you who know the basics of astrology are aware, the Sun is the “King” and the Moon is his sacred feminine counterpart. For those of us north of the equator, the Winter Solstice is the darkest day of the year and feminine in nature. The Summer Solstice is the longest day of the year and masculine in nature. Eclipses are considered to be the windows or gateways through which we communicate with all that is beyond time and space. Source

Astrologers have pointed out that the end of July is hosting a rare alignment:

Monday, July 29 features an incredibly rare aspect known as a Grand Sextile.
It’s essentially a six-pointed star, or hexagram, comprised of seven planets that form harmonious angles (trines and sextiles) to each other. This synergistic seven are all in “feminine” (earth or water) signs, emphasizing stability, gentleness, love and harmony. Many astrologers view this as the moment our culture will take a step toward embracing “feminine” principles. Source

Feminine Grand Sextile
More rituals and traditions were observed, as reported by The Telegraph:

The baby will officially be known as HRH Prince (name) of Cambridge.
The Queen, other senior members of the Royal family and the Middleton family had already been informed when the announcement was made.
In line with royal tradition, the Duke and Duchess have not yet revealed the baby’s name. The Duke of Cambridge was not named for a week after his birth, partly because his parents reportedly disagreed over names.
Celebratory gun salutes will now be fired by the King’s Troop Royal Horse Artillery in Green Park (41 rounds) and the Honorable Artillery Company at the Tower of London (62 rounds).
Baby Cambridge will make his public debut when the Duchess of Cambridge leaves hospital and stands on the same spot where Diana, Princess of Wales was first photographed holding Prince William 31 years ago.
No date has yet been set for when the baby will be christened, but it is likely to be some time in the autumn, when the Royal family return from their summer break at Balmoral.
The Duke of Cambridge, for example, was christened six weeks after his birth, in the Music Room of Buckingham Palace, using water drawn from the River Jordan in the Holy Land, in keeping with a tradition dating back to the Crusades.
Another royal tradition is for babies to wear a lace and satin christening robe made in 1841 and worn by all of Queen Victoria’s children and every generation of royal babies since, including Prince William. 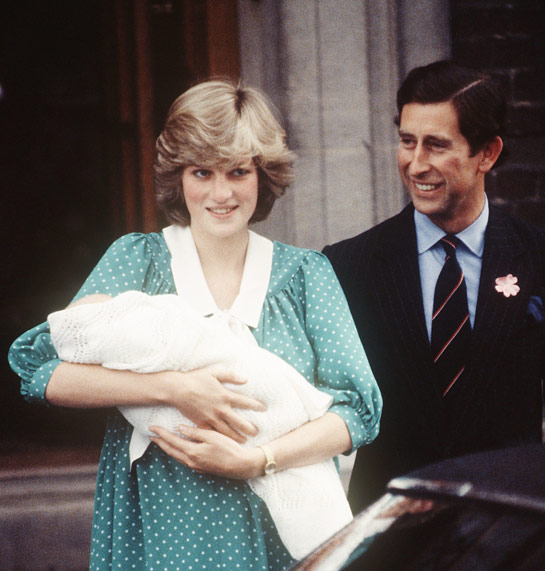 Diana holds Prince William, with husband Prince Charles, 1982. There have been many echoes between Kate and Diana. Presenting the baby in a polka-dot frock is yet another. Are these things arranged or happenstance?
Power Names
As of writing, the baby’s name has not been released, but these symbolic and important call signs are never made without precise planning and forethought. The name of a royal child isn’t a random selection, but almost always a purposeful and deliberate repetition of ancestors, who themselves maintained positions of power and rulership. The names can invoke gods, celestial bodies, desires for certain fates, and more. Whether or not these associations are aspects of real power or not, in many cases the elite believe them to be, and it’s wise to recognize that belief, for their actions and decisions may affect the world around us.
In the end, you can follow the Royals and all their ups and downs or turn a blind eye to any aspect of their existence, but know that a royal baby means the monarchy endures whether people like it or not.
Red Ice Creations

OUT OF MIND » THE INSANITY OF REALITY » ILLUMINATI AGENDA & WORLD DOMINATION » A Royal Dynasty: The “Moon Baby” Born