Oh I sooooo love all the data that is streaming out right now!!!  I was in the middle of putting together another article that ties more dots together between the Vatican and the US….. but this really is a piece that needed to go out first.  HSBC is closing accounts down of embassies and even the Vatican accounts.  The US announced a few days ago that it was closing down embassies in “hot zones” due to “security risks”… but as I told everyone in the RTS skype room, if “security risks” actually means “We’ve run out of money and can’t pay our bills any more”, then yes, it’s true.
The party is over my friends.  Thanx for coming out, but the bar is now dry, and cheetos and peanut bowls are empty and the bouncers are now carrying out the drunks. The bartender has just realized that the tip jar is empty and the cash register seems to of vanished as well.  Since they can’t pay for the booze they already sold off, they won’t be getting another shipment of hooch tomorrow or the day after- and since the last cache of alcohol they got was from the very last distributor they had left (having fucked all the other booze warehouses over by not paying their bills with them either)….. They tried making their own moonshine, thinking they could pass it off as 12 year old Scotch….. but it blew up in their face.
The Banks, the Corporate Governments, the IMF, the BIS and all their lackeys are bust broke.  They don’t even have fumes left in the tank to pretend with any more.  Every source of money and all their secret stashes of cash, are gone gone gone. I predict that over the next few weeks you’ll be reading a lot more articles like these two below.
THIS article sort sums it up a bit more:
“….In case you didn’t know it, the “official” national debt has been the same for more than 70 days. How is that possible, considering the national debt climbs about a million dollars a minute?
According to CNSNews.com, which has analyzed the ongoing U.S. Treasury debt data, the federal debt has been stuck at exactly $16,699,396,000,000.00 for more 70 days, as of July 29. That’s about $25 million below the congressionally authorized legal limit of $16,699,421,095,673.60:
The portion of the federal debt subject to the legal limit set by Congress first hit $16,699,396,000,000.00 at the close of business on May 17. At the close of every business day since then, it has also been $16,699,396,000,000.00, according to the official accounting published by the Treasury Department.
We should exceed the debt limit in the next 25 minutes, but…
Mind you, if the debt had increased by a penny more at any time during that period, it would have exceeded the statutory limit and would have become a violation of the law. Treasury says that hasn’t happened, however – despite the fact that, as of this writing, USDebtClock.org has the nation’s debt at well above that statutory limit (in excess of $16.884 trillion).
There’s more. “Even though the government’s official accounting of the debt has not budged for 70 days, the Treasury has continued to sell bills, notes and bonds at a value that exceeds the value of the bills, notes and bonds it was redeeming,” CNS News reported.
Indeed, according to the Daily Treasury Statement for May 17, the department, by then, had redeemed $4,776,995,000,000.00 since the start of the fiscal year, Oct. 1, 2012. As of that date, Treasury had already sold off $5,354,508,000.000.00 in new bills, bonds and notes so far. “That represented a net increase in publicly circulating U.S. government debt instruments of $577,513,000,000.00 for the fiscal year,” CNS News said. In addition:
As of July 26, according to the latest Treasury statement, the Treasury had already redeemed approximately $6,128,368,000,000.00 in bills, notes and bonds during this fiscal year. But, at the same time, according to the statement, the Treasury had sold an additional $6,759,148,000,000.00 bills, note and bonds – for a net increase of $630,780,000,000.00 for the year.
That means the value of U.S. Treasury debt instruments in public circulation has risen by $53.267 billion since May 17, though Treasury says the debt had not budged a single penny over the same time….”
As I said, the party is alllllllll over. This is the last performance of this play and we don’t plan on repeating it again, lol. I soooooo love the absolute plan!!
…… you know….. I’m having W A Y too much fun with this!
http://www.bbc.co.uk/news/uk-23565506
‘Havoc’ as HSBC prepares to close diplomatic accounts 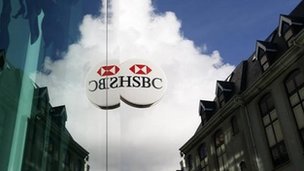 The honorary consul of Benin said his mission had been having trouble finding a new bank
Continue reading the main story
HSBC bank has reportedly asked more than 40 diplomatic missions to close their accounts as part of a programme to reduce business risks.
The Vatican’s ambassadorial office in Britain, the Apostolic Nunciature, is among those said to be affected.
The head of the UK’s Consular Corps told the Mail on Sunday the decision has created “havoc”.
The Foreign Office has been in touch with HSBC, stepping in to help diplomats open other bank accounts.
HSBC said embassies were subject to the same assessments as its other business customers. They need to satisfy five criteria – international connectivity, economic development, profitability, cost efficiency and liquidity.
A spokesman said: “HSBC has been applying a rolling programme of “five filter” assessments to all its businesses since May 2011, and our services for embassies are no exception.
“We do not comment on individual customer relationships.”
The Mail on Sunday reported that the High Commission of Papua New Guinea and the Honorary Consulate of Benin have also been asked to move their accounts within 60 days.
Bernard Silver, head of the Consular Corps, which represents consuls in the UK, told the paper: “HSBC’s decision has created havoc.
“Embassies and consulates desperately need a bank, not just to take in money for visas and passports but to pay staff wages, rent bills, even the congestion charge.”
John Belavu, minister at the Papua New Guinea High Commission, said: “We’ve been banking with HSBC for 22 years and for them to throw us off in this way was a bombshell.”
Lawrence Landau, honorary consul of Benin, told the paper his mission had been having trouble finding a new bank.
He said: “We have been trying everyone but all the UK banks are clamming up.”
Suspicious accounts Embassies are treated like business customers by banks as they generally use services like cash and payroll management and can take out loans.
They also have to pay for ambassadorial accommodation and costs such as school fees for the children of diplomats – expenses that are difficult to meet without a valid UK bank account.
They are sometimes considered to be at risk of money laundering activities because of their political exposure and banks have been warned in the past for failing to flag up suspicious accounts.
The Riggs National Bank in Washington was fined and later sold off after a 2004 US Senate report revealed executives in its embassy business had helped Chilean dictator Augusto Pinochet hide millions of dollars.
HSBC was fined $1.92bn (£1.26bn) by US authorities last year after it was blamed for alleged money laundering activities said to have been conducted through its Latin American operations by drug cartels.
The bank admitted at the time that it had failed to effectively counter money laundering.
www.removingtheshackles.blogspot.com / link to original article

Guest
In deed, fascinating!! LOVE how D pulls all this together... Truth is BEing revealed... Halleluyah!! :)