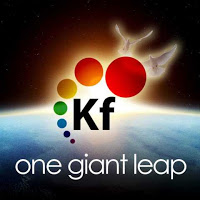 We noticed something a bit ODD with the Keshe World Peace Treaty contract...  Its a SOUL contract... and the contract doesn't stipulate just WHOM Keshe represents.  WHO are his handlers? Who does he speak for?  Who's higher on the FOOD chain?

Manhattan was sold for a few beads and trinkets.  And what's technology when compared to your soul? Corporations don't have souls... neither do governments... so who is this aimed at?  Don't you just hate fine print?

The One People's Public Trust just negated the commercial contract enslaving humans on this planet in multiple dimensions.  YET Keshe, on January 21, is offering A NEW ONE!!! You have to ask yourself in regards to this contract, who are the other parties to it? WHERE'S FULL DISCLOSURE AND TRANSPARENCY?   How does Keshe, an Iranian, in the heart of darkest Belgium (and I don't mean "dark chocolate" - read the history of King Leopold in the Congo or the rampant ritual child abuse among elites in Belgium), operate a non-profit for humanity in that country?  Its not accidentally the EU is centered in Belgium.  Hopefully Keshe will be more forthcoming.  I am not saying Keshe is a bad guy, I just wonder why he's got a soul contract for a treaty...

Interesting timing... the old contract was over on the 21st.  Not even a day went by before a new one popped up... "just sayin..".

He's not the first with these technologies, there's DARPA boys with far more advanced stuff that are still hiding underground so they don't end up like Bill Brockbader and be put in hole somewhere for helping humanity with the truth.

“We/I as citizen(s) of the Earth from this moment on accept to lay down all tools of aggression and war, we/I shall never think about getting involved or incite war or develop or use any tools of war on this planet or in space, and to this we/I all agree and swear with our/my (Delete as appropriate) Nation, territory, council, religion, city, town, body(s) and soul(s).”

MartyM... I thought about you when I read this. I remembered you said something was not right about Keshe. :)

WOW, I'm almost speechless, someone actually remembered something I said (sometime ago). lol
I'm still not sure of where Keshe is coming from, or saying he is a bad guy. Like so many other Good things in our history, the PTB/PTW have a way of manipulating things so they end up only being Good for them. Fortunately I fervently believe that manipulation is about to END.
The question remains though, Do We the People finally step up and accept the responsibility for our own actions and how that affects those around us ?? :)

I remember Marty! LOL
I value all of the input you and others share here. HUGZ!!!

The One Peoples Public Trust didn't negate any commercial contract.

The "Prime Creator" through "Mother Father God" negated all contracts