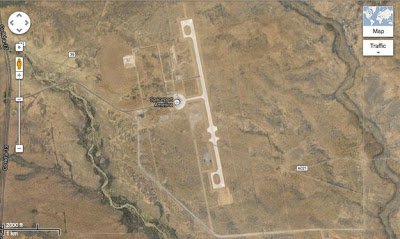 TRUTH OR CONSEQUENCES, N.M. — Spread across 18,000 acres, Spaceport America continues to preen itself here in anticipation of booming business as the world's first purpose-built, commercial spaceport.

The "fit-out" of the Spaceport Operations Center continues at the site. New fire trucks and emergency vehicles are now on station, and field maintenance activities are in full swing. A runway extension effort is complete, now yielding a 12,000-foot "spaceway" to handle the projected comings and goings of anchor tenant Virgin Galactic, which plans to begin commercial space tourism flights there in the coming years. [Photos: Take a Tour of Spaceport America]

Spaceport America tours are treating ticket-holding visitors to up-close-and-personal encounters with the sprawling complex, located adjacent to the U.S. Army White Sands Missile Range in southern New Mexico. Ongoing work continues to flesh out both on- and off-site welcome centers, which are expected to be complete next year.

"The local community is very happy to have Spaceport America here," said Christine Anderson, executive director of the New Mexico Spaceport Authority (NMSA). "It's already generated about 1,100 jobs in the state of New Mexico." 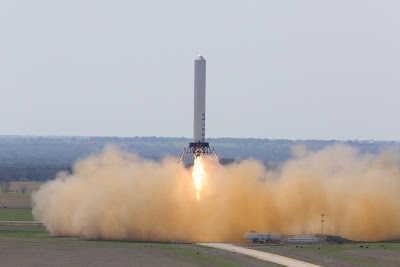 Last May, Spaceport America put out the welcome mat for a new tenant, Space Exploration Technologies Corporation, or SpaceX.

The spaceport signed a three-year agreement with SpaceX to lease land and facilities at Spaceport America, where the company will conduct flight testing for its reusable rocket program, dubbed Grasshopper. That vertical takeoff and landing project aims to enable a multi-legged booster to return to the launch pad intact, rather than being wastefully tossed away.

Anderson said she initiated the conversation with SpaceX to bring Grasshopper flight testing to Spaceport America. "We started talking, and they came out and it seemed like a great fit. We're very excited to have them here," she told SPACE.com.

Anderson said that the three-year agreement with SpaceX has some extra options. "You know how flight testing is," she said. "We were already in the process of expanding our vertical launch area. So timing-wise, it worked out really well." 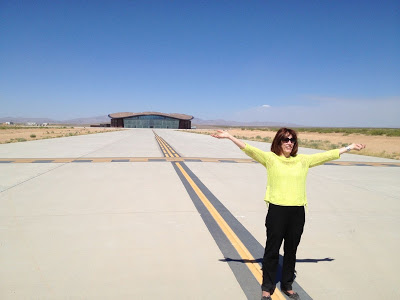 The SpaceX Grasshopper venture has already faced a number of ups and downs during its flights. The last leap occurred on June 14 at the company's development facility in McGregor, Tex. The 10-story-tall rocket scored a new altitude record of 1,066 feet (325 meters) before returning to its launch pad. [Photos: Grasshopper Flight Tests]

"Spaceport America offers the physical and regulatory landscape needed to complete the next phase of reusability testing, including the ability to coordinate tests to high altitudes and the flexibility to fly a variety of trajectories," said Christina Ra, communications director for SpaceX in Hawthorne, Calif.

Ride of their lives 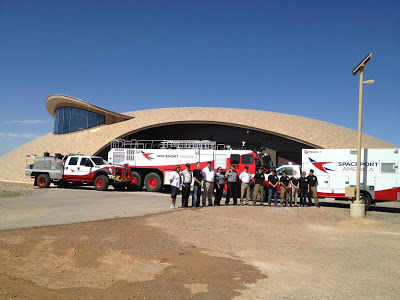 "I've been working on this project for more than five years now," said Mark Butler, Virgin Galactic's lead for the spaceport's construction. "The flight program is going really well. With powered flight, we're moving forward as speedily as we can, as safely as we can," he said shortly after the June 21 launch here of an UP Aerospace suborbital rocket.

Butler said the two-pilot, six-passenger suborbital vehicle SpaceShipTwo will do more than just take space tourists "for the ride of their lives."

"We do also have the scientific side," Butler said. "That's going to be a really important part of our business. We're going to be taking experiments on board [the] spaceship and flying from Spaceport America. We are developing quite a versatile system to support this new industry. Keep an eye on the next 18 months or so, and watch one of our launches out of Spaceport America," he added.

It is when it is

"I hate to put dates on it. It is when it is. It's when you are done testing," she said. "It is actually a disservice to yourself to set a date. [But] obviously, you have to have a schedule and a budget."

Work has begun on designing the interior of the Tomorrowland-looking Virgin Galactic Gateway to Space, a combined terminal and hangar facility, Anderson said. Set to be fit out in the next 10 months, it will be capable of supporting up to two WhiteKnightTwo and five SpaceShipTwo vehicles.

In addition, the Gateway will house all of the company's astronaut preparation and celebration facilities, a mission control center and a friends and family area. Additional space will be dedicated to public access via the planned New Mexico Spaceport Authority's Visitor Experience. 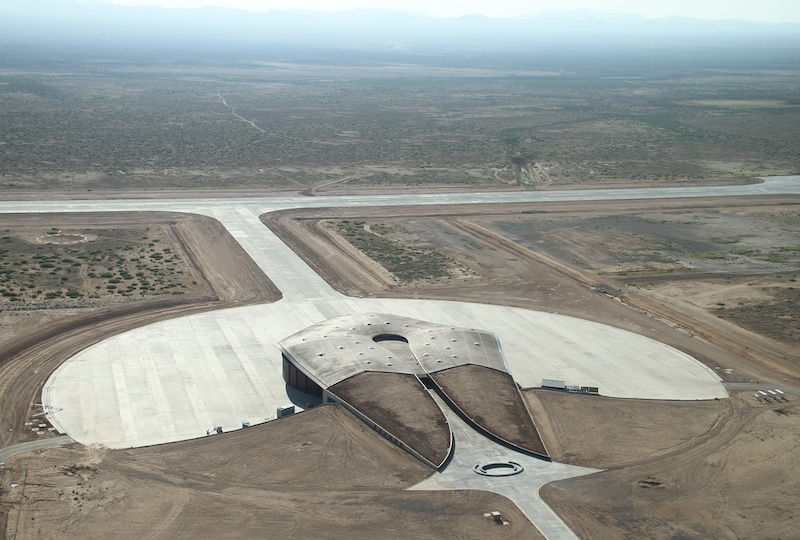 Still, the $209 million project that is New Mexico's Spaceport America needs business. It was constructed using money from state and local county taxpayers.

"I'm hoping more companies take a look at us," Anderson said. One of the biggest challenges is to be a self-sustaining, market-driven enterprise, she added.

"We're right in that very tricky timing period, because the bonds are running out," Anderson said. "A lot is dependent on how fast we get the visitors complex built, and [when] Virgin and SpaceX, and other exciting things, start happening from the launch site. That brings both revenue and also excitement for the tourists that come."

"That's not within my control," Anderson said. "The parts that are in my control, I can handle. So it gets a little hairy."

Leonard David has been reporting on the space industry for more than five decades. He is former director of research for the National Commission on Space and is co-author of Buzz Aldrin's new book "Mission to Mars – My Vision for Space Exploration," published by National Geographic. Follow us @Spacedotcom, Facebook and Google+. Original article on SPACE.com.
Posted by Hipknowsys at 6:48 PM