Power Robs the Brain of Empathy

Power Robs the Brain of Empathy 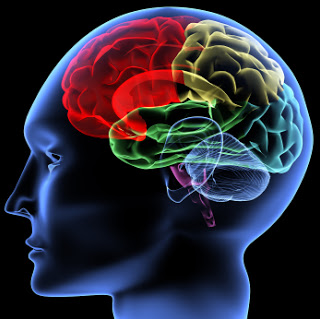 All things considered, this makes a whole lot of sense, now doesn't it? ~BK

Researchers have some new insights into how power diminishes a person's capacity for empathy. According to scientists, a sense of power shuts down a part of the brain that helps us connect with others.

For their study that builds on past information about how the brain operates, the researchers found that even the smallest bit of power - for instance from a job promotion or more money - can shut down our ability to empathize with others.

Sukhvinder Obhi, a neuroscientist at Wilfrid Laurier University  in Ontario, Canada and his colleagues Jeremy Hogeveen and Michael Inzlicht, conducted an experiment that shows people in charge can lose their ability to be compassionate because power affects the mirror system of the brain.

A look at the mirror system

The mirror system is activated by neurons in the brain when we watch other people.

The study  authors write: "For example, with respect to action observation, neural circuits that are related to action execution become active when the person observes someone else making the same action; in other words, the observer’s brain resonates with the model’s motor behavior."

The brain's response, or resonance can be measured by looking at the amplitude of brain waves with electromyography (EMG), when one person watches another acting.

The goal of the study was to find out if priming the brain indeed leads to less sensitivity toward others.

The authors explain, "... the balance of the literature suggests that people in positions of power tend to act in a self-interested manner and display reduced interpersonal sensitivity to their powerless counterparts."

Ohbi explains watching someone pick up a cup of coffee, for instance, would tell us that person wants to drink coffee, thus activating the mirror system.

To take things further, the mirror system is also linked to deeper thoughts that helps us empathize with what motivates the actions of another person.

For their experiment, the researchers randomly asked participants to journal occasions when they felt either powerful or powerless, to prime the brain.

The powerful group was asked to write an essay about a time when they felt in charge. The powerless group journaled an occasion when when someone had power over them.

As a control, a neutral group wrote an essay about what happened the previous day.

The researchers suspected being in a position of 'low-power' would increase resonance in the brain and 'high-power' would decrease it.

All of the study participants watched a video of someone squeezing a rubber ball while their brain resonance amplitude was measured.

The experiment turned out as expected. Ohbi said "when people were feeling powerful, the signal wasn't very high at all."

According to an NPR report  of the study, Dacher Keltner, a social psychologist at University of California, Berkeley, not involved in the new study said "What we're finding is power diminishes all varieties of empathy."

The good news Keltner said is that it takes just a bit of coaching to get people in power to regain their empathy and compassion, thanks to a growing field of research.